My adorable designer friend Zang Toi showed his Adirondacks-inspired fall 2008 collection at Bryant Park today. You can see a video of the whole show here. (Select “shows” and then mouse over the images for his name. Unfortunately it doesn’t have the rockin’ music he really used.) Check out the fake snow sprinkled around the runway. After the show, all the models lay down and snorted it. I kid! Maybe! You’ll have to watch the video to be sure.

The Native American-inspired looks were among my favorites. You can see them starting at 8:16 in the video. I took a crapulous photo. 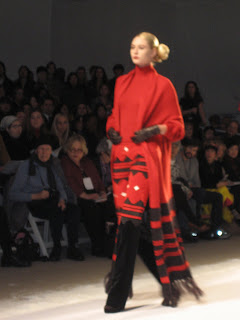 Your eyes aren’t going…the picture is out of focus.

Meanwhile, the elk-antler sweater at 1:42 proves that great minds think alike, because I had been preparing to post a few lovably kitschy sweaters from Poshvintage.com, starting off with stags. 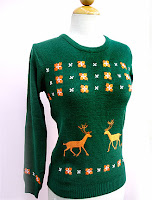 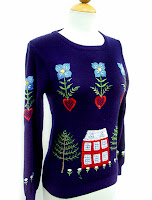 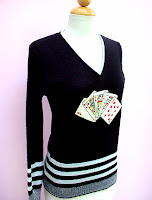 Back to Zang! I loved the way he layered plaid over stripes. 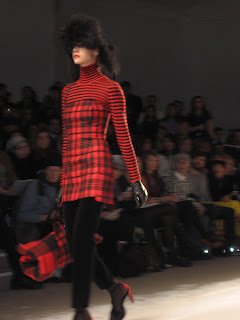 I think forest-green plaid would go very nicely with my sunflower ring. 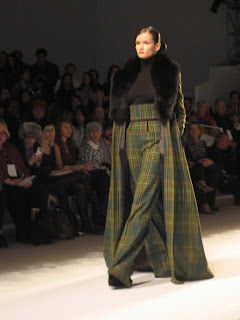 On our way out, I spotted this bike. 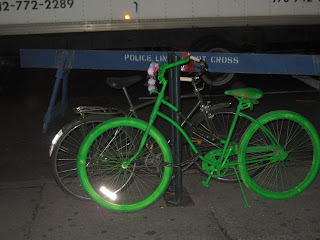 I like the idea of “green” transportation, but this is taking it too far.