I think the cut-out wedge is a funny little trend. I wrote about some of the more expensive versions here. This shoe is more moderately priced. 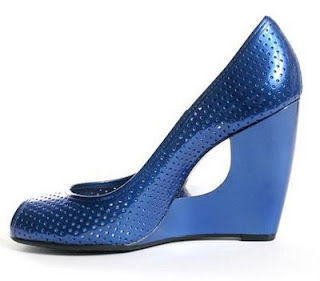 And if you’re really thrifty, Target has a version. 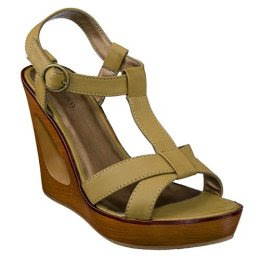 I think this proves that manufacturers can do a look at all pricepoints without making offensively obvious copies of another designer’s work. The cut-out wedge idea is consistent from brand to brand, but the shoes are all different too. That’s refreshing.

Of course, I’m not going to get any of these because I have my Alaias from a couple of years ago. 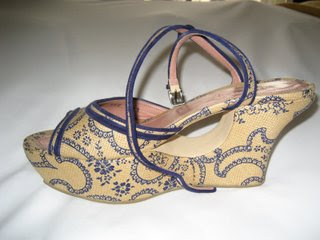 As many fashion bloggers point out, it’s strange when the world catches up and the shoes that everyone thought were weird/ugly are suddenly “on trend.” But doesn’t make me like my shoes any less. Everything I liked about them originally is still there, plus I now get to annoy people who want them by telling them they’re too late. Mwah ha ha ha. MWAH HA HA HA!

You might also like
Dare to Be the Same
Foot Fetish: Vintage Famolare
What Wendy Wore: Striped Wedges by -- Uh-Oh!
« B Is for Bargain
Helpful Hints for Owners of Precious Items »