Back in the ’90s, young designers Isaac Mizrahi, Todd Oldham and Christian Francis Roth were fashion stars. They were awesome. They didn’t make enough money to stay in business, but they were awesome. 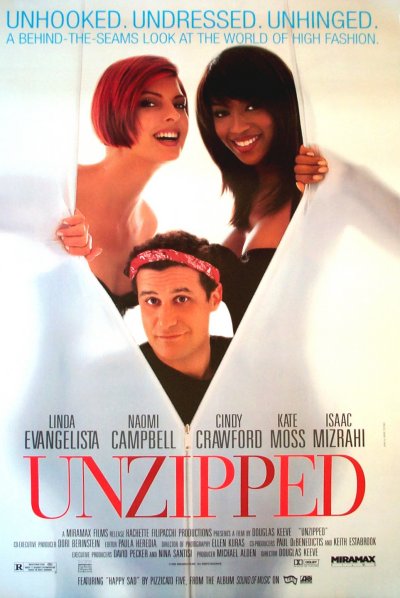 Isaac and the supermodels.

I last wrote about these designing men in September, when Oldham was named creative director for Old Navy. Earlier this month, Mizrahi gave up his style-for-the-masses job at Target to give Liz Claiborne a makeover. These dudes are on the move, so where’s Christian Francis Roth? He’s the next guy who needs a big corporate job. Crayola needs to hire him! In 1990, he did a dress that looked like a box of crayons with “Rothola” on it. The crayon people got all lawyer-y on his ass till he agreed to pay them a few bucks. Personally, I think they missed a great marketing opportunity. They should have paid him to do a whole Rothola line AND they should have hired a pop star to sing the theme song: “Rothola, ola, ola, eh eh eh. Color with Rothola, ola ola ola.” The singer also could have modeled the Rothola makeup line.

I still can’t find a picture of the crayon dress on teh Interweb. About 11 years ago, the Metropolitan Museum of Art’s Costume Institute had it in an exhibit called “Wordrobe.” Maybe I need to go prowl around the museum. At least I found this great film of a Christian Francis Roth show. Check out the top hats in the film!

(And check out Mary-Kate Olsen bringing top hats back.)

This is on my mind because my gorgeous friend Alison invited me to an Old Navy party tonight. Sadly, Todd wasn’t there. I wanted to ask him if he has any of his old stuff at home and, if so, would he feel like giving any of it to me as a belated birthday gift. What?! God helps those who help themselves. Just praying for this skirt has gotten me nowhere. 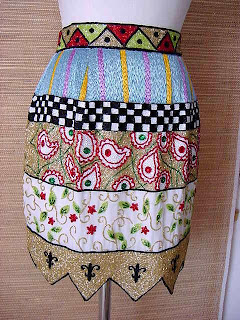 The Old Navy party was thrown to introduce the company’s new H&M/Topshop-ish fast-fashion strategy. They’re going to have new stylin’ styles every month, so you peeps who like to pounce on the inexpensive but happening looks will have another source. Of course, you could choose instead to put aside your monthly Old Navy allowance, save up for a couple of decades and buy a piece of Wendy Brandes jewelry. It’s up to you. No pressure.

At the party, the Old Navy folks previewed their new ad campaign, which looked way sophisticated and fashionable. The question in my mind was: Where’s Magic, Old Navy’s canine mascot? 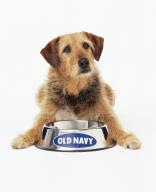 I asked Alison about this and she said Magic was “living on a farm” where he was “running around” and “happy.” Yeah, that’s what my parents said to me when I was three and they got rid of my turtle, Churchy La Femme. Turtles don’t even run! I realized that yesterday. What kind of fool do those people take me for?

Anyway, I am teasing. I did not ask Alison about Magic and she did not tell me some shady story about a farm. She was being a good hostess and entertaining us with DJ AM and Natasha Bedingfield and giving us drinks with blueberries in them. But, while I am speaking of euthanasia — people, there IS no damn farm — I will tell you about my husband’s cat Loony. When Paul was 12, his family moved from Connecticut to New Jersey. His parents packed the station wagon with three small boys and all their worldly goods. The last thing to pack was Loony the cat. Since Loony was a bit nuts, Dad had taken the cat to the vet to have him sedated for the trip. Well, apparently there was a bit of confusion about exactly what it meant to put Loony “to sleep” and the vet guessed wrong. Everyone cried all the way to New Jersey. 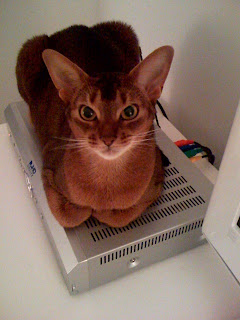 This is a random cat photo that has nothing to do with the story.

If that happened to me now, believe me, this would be no laughing matter. I would get all lawyer-y on everyone’s ass and maybe kill a few bitches too. But since it happened to my husband half a century ago, I think it’s highlarious. Todd Oldham and I are totally going to laugh about it when I’m at his house trying on old runway samples. I can’t wait!

UPDATED TO ADD: Speak of the devil! Here’s the lovely Alison quoted right at the top of this New York Times story on beauty blogs. Why no mention of fish-feet blogs, Alison? Hmmm?

UPDATED IN MARCH 2010 TO ADD: Dang! This blog post led to a wild ride for me. It prompted Christian Francis Roth to get in touch with me to tell me he was introducing a new line called Francis. First I designed jewelry for his September 2008 runway show. I went on to write a whole separate blog for his brand from June 2009 to December 2009. I also did private-client sales. Then we went our separate ways.  At this time, he’s still working on his Francis line and recently presented Fall 2010 at a trade show. Like a lot of designers, he didn’t do any more runway shows after the economy crashed.