If you follow my personal Instagram, you know that I’ve been doing a bit of traveling lately. I’m currently in Athens, where I admired the Acropolis from a rooftop restaurant last night. 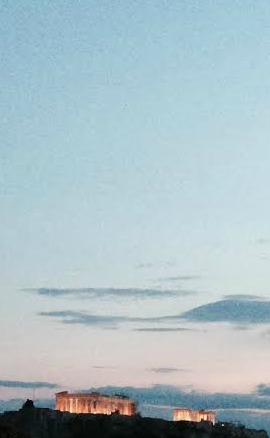 View from a rooftop restaurant.

I wore a vintage tiger-striped Clovis Ruffin dress that I got in 2008. (It was a maxi but I hemmed it.) I often bring it when traveling because it’s easy to pack. 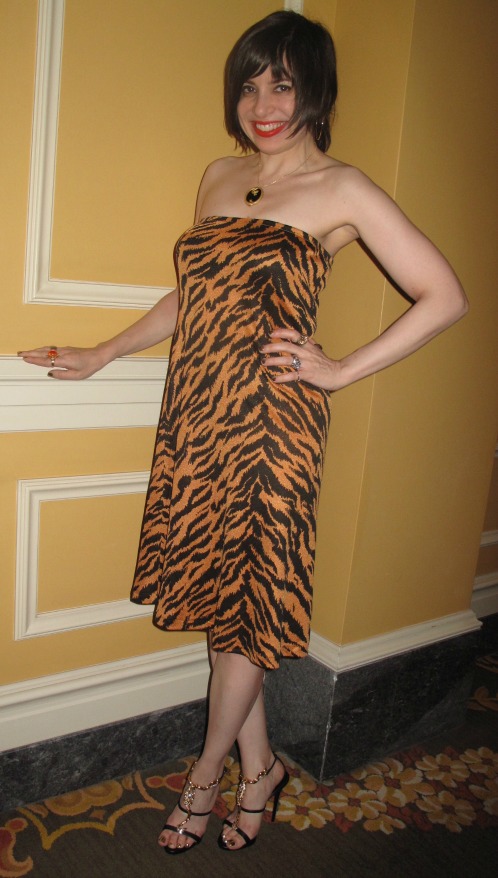 Here are some older pictures of the dress. 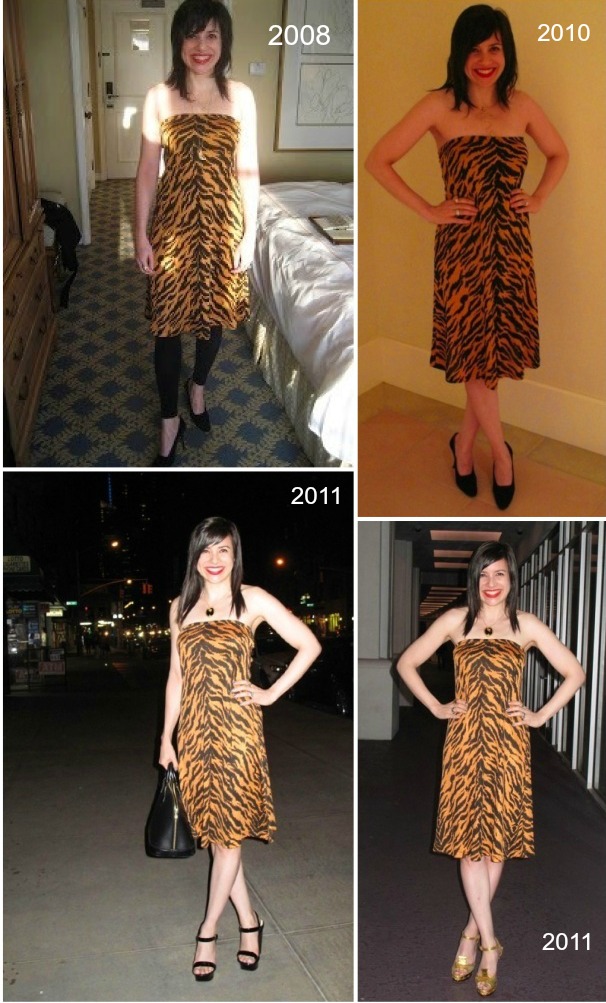 I didn’t actually wear it out in that 2008 photo in Los Angeles because I’d packed the wrong tights, but I tried it on for size. I wore it out and about in L.A. in 2010. The first 2011 photo was taken in New York; the second 2011 photo was taken in Miami. That was the year I decided the dress looked good with my onyx Queen of Scots necklace. If you take another look at this Athens photo, you’ll see that I still like that necklace with this dress!

In 2010, in Sex and the City 2, Samantha (Kim Cattrall) wore a one-shoulder version of this dress. I don’t have a screen shot of that, but Posh Vintage carried the same style, which is now on hold for a customer. 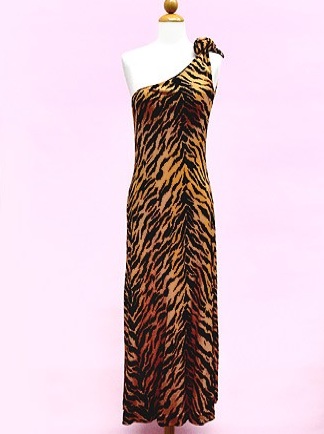 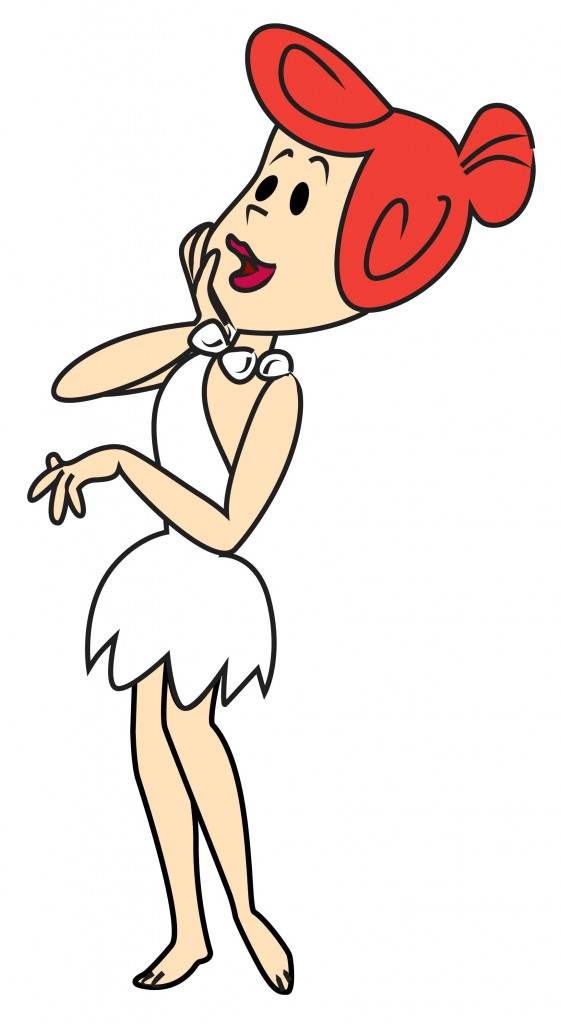 … the Clovis would be perfect!

I have several other Clovis dresses. You can see three of them here, here and here.