First, my apologies to any reader who has recently visited this blog in search of Henry teh 8, caught up on teh Henry posts, and is now anxiously awaiting a post on Katherine Howard, teh fifth wife of Henry teh 8. I am postponing teh post on her once again, while I reread one of my books. In the meantime, here are all teh posts on Henry’s first four wives.

According to Google Analytics, “Henry teh 8” has been the source of 79 visits in the past seven days. That’s visits, not visitors, so I’m kinda wondering if it’s just Jenn, repeatedly searching for Henry teh 8 to tease me. Come clean now, Jenn! All will be forgiven, you crazy kid!

Anyway, allow me to introduce Wu Zetian (625-705 AD), the only female emperor of China! 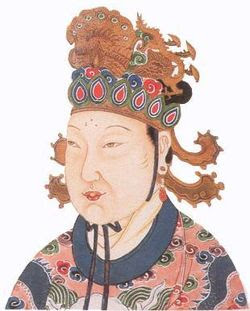 Wu will beat a bitch’s ass, then sentence a bitch to die by a thousand tiny cuts.
Seriously.

Though she ruled under the name she chose for herself, Emperor Shensheng (I’ve seen it spelled numerous ways; don’t get up my ass), she was known after her death as Empress Wu, so that’s what I’m going with.

I wasn’t planning to do a Wu post yet, but then I bought Nigel Cawthorne’s biography, Daughter of Heaven: The True Story of the Only Woman to Become Emperor of China. Nigel’s book is very, very special. I was in the airport when I got it, but even in the midst of PTSD (Post TSA Search Dementia) I said to myself, “Self, this is a relatively short book for a biography of a complicated lady like Empress Wu.” That should have been the tip-off. Nigel’s book is a rehash of the same old Wu tales: she was a power-hungry, ruthless, murdering dragon lady who was sexually insatiable till the end of her days. In other words, the kind of gal who is so much fun at happy hour! I love to shoot the shit with ruthless murdering sluts over a few Cosmos! Oh, how we laugh! 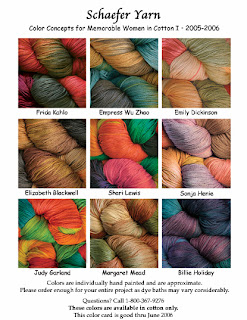 I don’t demand a revisionist history if the facts don’t support it, but I don’t like how women rulers get all these nasty adjectives thrown at them just because being a living god sometimes requires you to kill a relative or 20. The men do it all the time without being called bad names. For instance, Nigel casually drops this on page 6: “The second Sui Emperor Yang-ti came to the throne in 604 after assassinating his father and elder brother, la la la.” Okay! I added the “la la la” but the rest is a quote. But Yang-ti’s real crime was starting too many construction projects and straining the economy. No one was crying over dad and big brother. There are too many familial assassination stories spanning the centuries and the globe for me to even begin to list them. I’ll just say that it seems to me that the women rulers wind up with much worse reputations than the men do. Except for Richard III of England. That bitch can’t catch a break. 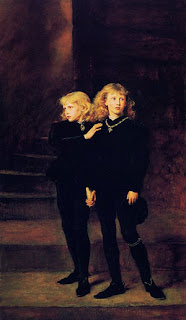 So what if Richard III killed his nephews?
It was just business. Nothing personal.
Also, they look annoying.

Nigel’s book doesn’t have any footnotes, but an impressive six out of 30 works listed in the “selected bibliography” are about ancient Chinese sex secrets. Any minors, please click here without reading further. You adults can read about Chapter 4, “The Art of the Bedroom,” where we learn quite a lot about what might have happened between Wu and the Emperor T’ai-tsung, whose harem of concubines she joined at the age of 13 (a high honor). These imperial activities might have included (but are not limited to) the four basic positions, 24 variations, two extra positions, 10 indicators, six penile thrusts, eight valleys of the vagina, eight steps for ejaculation control, three peaks, four attainments, five desires and nine essences. I’m bad at math, so it is fortunate that I was not a Chinese concubine in the 7th century. My head was spinning so badly just from reading all those numbers that when I read “…playing the jade flute and drinking at the jade fountain” I thought, “Shizz! You had to learn an instrument before you could take a drink? That sucks!” Then I was all like, “She thought ‘sucks,’ heh heh heh!” and then I was all like, “Oh.”

There were also 26 varieties of water, including melted frost, which sounds kind of delicious to me, or at least much better than the water from a pigs’ trough. But that’s besides the point, because my high school pre-calculus teacher told me I wasn’t going to need math when I became a rock star. 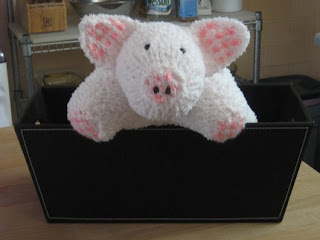 Stay out of my trough, bitches!
Adorable custom-made pig toy available on Etsy.

Empress Wu, unlike me, was a math genius and after T’ai-tsung died, she snagged a concubine job with his son, Emperor Kao-tsung. And unlike someone else, she wisely popped out a boy child. (You know why royal ladies often had to give birth in front of a room full of people, right? Because anyone in her right mind would steal a boy if she could. Therefore, people had to be around to confirm that the child indeed emerged from the royal chimichanga.) Now that she had produced an heir, she could begin her rise to the top. So what if she had to get rid of a few people along the way? One of the inconvenient people was the official wife, Empress Wang (Wang! Heh heh heh). Nigel tells the story that is supposed to show that Wu was pure evil. When Wu had a baby girl she invited Wang over to see the baby. After Wang left, Wu supposedly killed her own child and blamed Wang. With that, Wang was out and Wu was named Empress. Nigel is damn sure this went down. Anne Boleyn’s mythical sixth finger says, “Maybe not. A bunch of jealous dudes could have made that up.”

Nigel is damn sure of a lot of things. He earnestly quotes a conversation two people had about Wu’s sex life, as recorded “later” from what could only be a completely factual and well-researched book called “Secret Chronicles of Kung Ho Chien.” This book, of course, is lost but fragments survive. In one fragment, someone says, “…the Empress rejected any whose jade stalk was ‘all skin and sinew.'” I have several reactions to this:

Well! This post is setting some kind of record for length and I haven’t even gotten to the novel I want to talk about! I will have to save that for next week. I will conclude this by sharing a few more of my favorite quotes from Nigel’s own writing. And Nigel, I tease you because I love you.

You might also like
Snakes on My Fingers, Snakes on My Lobes
The Multiple Meanings of Lipstick and Language
Dame Is Two Letters Away From Dumb
Previous Post: « Four Years Ago This Month, and Last Night
Next Post: Naa! Naa! Dude Looks Like a Lady »