My friend Stef alerted me to this post by Watchismo with pictures of an elaborate skull watch that was made for Mary Queen of Scots in the 16th century. You must take a look! The site also has great pictures of an 1810 skull pocket watch and a 1610 skull clock.

Stef lives in Los Angeles, so she helpfully sent me L.A. Confidential, which surprised me last week by using my Juana Peekaboo Skull Ring to illustrate an entry for skulls in their “Don’t” column five months after the ring graced the “Do” column. Normally, my reaction to this kind of thing would be, “As long as they spelled my name right…” The catch is, as I previously noted, that both times they failed to mention me at all!

I thought the surprises were over, and then I got the magazine. They made Juana into a LOLring! Seriously, there is speech bubble coming from the ring. Here is a craptastic scan. Click to enlarge: 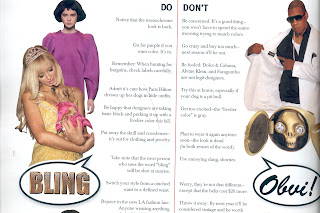 Can someone tell me what that word is? I can’t even read it!

If skull-loving Mary Queen of Scots were living in L.A., she would beat a bitch’s ass over this. Okay, that’s a lie. Mary was a crybaby and followed the worst advice. She would run weeping to Maxfield to buy a new watch. In a situation like this, you really want Elizabeth I on your side. She’d beat a bitch’s ass and then cut a bitch’s head off! She cut Mary’s head off and Mary was her cousin!

One of the many things I like about Elizabeth I was that she was secure about her style. That’s what happens when you are personally chosen by God to rule the nation. You can wear whatever you like, whenever you like, for as long as you like, just like the Olsen twins. In The Life of Elizabeth I, Alison Weir writes, “As an unmarried woman, Elizabeth delighted in wearing low-cut necklines, right into old age…” Elizabeth was into jewelry too. Weir quotes a German visitor as saying that everything Elizabeth wore was “‘studded with very large diamonds and other precious stones, and over her breast, which was bare, she wore a long filigree shawl, on which was set a hideous large black spider that looked as if it were natural and alive.'” That spider is so punk rock! 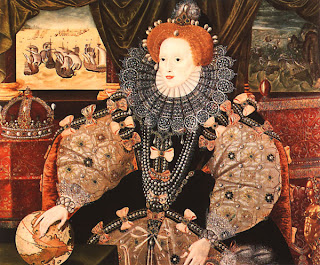 Elizabeth I on casual Friday

One of my all-time favorite Elizabeth stories (also from the Weir book) was an interaction Elizabeth had with the Scottish ambassador, Sir James Melville. Liz liked everyone to acknowledge that she was the fairest of them all. She tried to get Melville to say who was prettier, Liz or Mary? Who danced better and played the lute better? Being a diplomat, Melville told Elizabeth she was the prettiest queen in England and Mary was the prettiest queen in Scotland. That’s not an answer! That’s like when I tried to get my mother to say who her favorite child was, and she said, “You are my favorite older child and Terri Berry is my favorite younger child.” Dang! That woman is cagey! We had that conversation yesterday. Just kidding! It was a long time ago. Yesterday was when she told me she found my sister under a cabbage leaf. 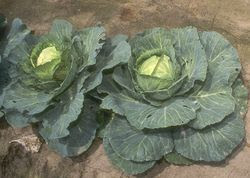 How do you even fit a child under one of these?

Anyway, Elizabeth finally asked about Mary’s height: “Who is the higher?” Melville must have figured that this question was safe to answer. He said Mary was. “Then she is over-high,” Elizabeth sassed back, “for I am neither over-high or over-low.” Then she screamed, “Take that, beyotch!” and snapped her fingers and did that neck thing. Okay, I made up that last part. But all those other quotes are from the Weir book, except for the words “sassed back.”

I named what I think is my prettiest piece of jewelry in Elizabeth’s honor so I could stay on her good side. Elizabeth was portrayed as “Gloriana” in the epic poem The Faerie Queene. Here is Gloriana the necklace. 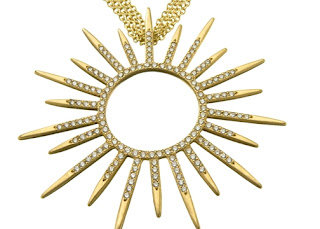 Elizabeth kept Mary prisoner for 17 years after Mary turned up in England uninvited. Plots to overthrow Elizabeth kept forming with Mary playing the star role. Elizabeth’s advisers felt their queen was nurturing a serpent in her bosom. In fact, they called Mary “the bosom serpent,” which was why I named a snake necklace for her.

And here’s a bad scan of Juana‘s “Do” appearance in L.A. Confidential. Ah, those were the good old days. Click to enlarge. 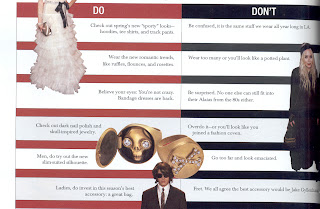