The New York Times has a nice story on my husband’s new project. Here are two paragraphs from the story.

Paul E. Steiger, who was the top editor of The Wall Street Journal for 16 years, and a pair of wealthy Californians are assembling a group of investigative journalists who will give away their work to media outlets.

The nonprofit group, called Pro Publica, will pitch each project to a newspaper or magazine (and occasionally to other media) where the group hopes the work will make the strongest impression. The plan is to do long-term projects, uncovering misdeeds in government, business and organizations.

To celebrate, here is a totally random picture of my husband and me. 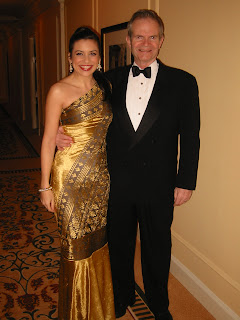 Here are some other good stories on his Pro Publica project:

And remember, children, you’re not truly important until some paranoid asshats hate you before you’ve even done anything. I like how this blog perceives the Macarthur Foundation (the “genius grant” group) as a scary leftist organization:

Speaking of the New York Times, no one there has responded to the extremely stern email I sent them them last week after they mentioned William the Conquerer in a story about … squirrels. I know! Why did they even have to go there?! 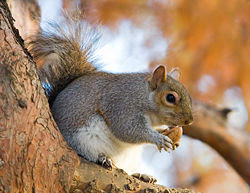 “I don’t know nuttin’ about history.”

This squirrel story insulted one of my favorite queens, Isabella, by writing her out of history. I recently posted about her because I designed a necklace in her honor.

Here is my letter.

Dear Editor,
It is incorrect to say that William the Conqueror was “the last successful invader of England” in 1066 (Squirrel Wars, October 7), although that is the conventional wisdom. Isabella of France, the estranged wife of Edward II of England, and Roger Mortimer successfully invaded England with a small army in 1326. They forced Edward II to abdicate the following year and ruled the country for three years as co-regents for Edward III, the son of Isabella and Edward II. When Edward III attained his majority in 1330, he overthrew the regency and executed Mortimer.

While Isabella was connected to England through her marriage and Mortimer was an English-born noble, the two of them met in France, obtained assistance from Count William of Hainault, and formed an army largely composed of Flemish, German and Bohemian mercenaries (see Alison Weir’s book Queen Isabella: Treachery, Adultery, and Murder in Medieval England). This was clearly an invasion, not a civil uprising.

I knew you’d all be as outraged as I was. Seriously, what is the ish? Why doesn’t Isabella ever get any credit? Is it sexism? Or did William the Conquerer hire a superhot PR firm? Feel free to write to magazine@nytimes.com and back me up. In the meantime, I’ll try to cheer myself up with a humorous history book. 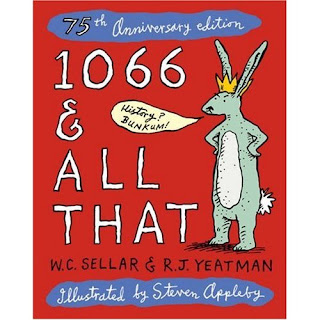 Maybe it should be named “1066 and All That Sexism”!
You might also like
What Wendy Wore: Gold Lamé at Zang Toi's Show
Wendy Brandes Jewelry in July's W Magazine
Musings on Voting and Football
Previous Post: « My Ossie Clark Jacket and Some ’60s It Girls
Next Post: Dulcet Tones and More Reading »