Best Dressed/Wear What You Want Award

Gorgeous blogger Stacy of taffetadarlings came over to watch the Oscars with me last night. I wasn’t excited by the fashion. These days, a red carpet isn’t a red carpet for me if Gaga‘s not on it. I know she’s not an actress, but who cares? The producers recognized Michael Jackson in the memorial video…

END_OF_DOCUMENT_TOKEN_TO_BE_REPLACED 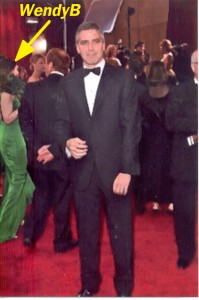 Okay, I wasn’t really WITH George Clooney, but I was pretty close to him. Here’s a photo of George doing his thing on the Oscar red carpet in 2006 while I lurk seductively in the background. My real date was MrB. I wore the same Zang Toi gown to an Obama inaugural party in 2009,…

END_OF_DOCUMENT_TOKEN_TO_BE_REPLACED 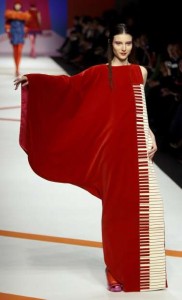 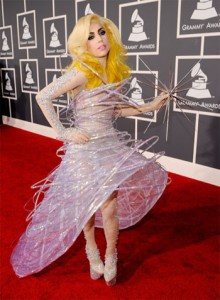 I was half-asleep next to a coffee-table book about the Hours of Catherine of Cleves when I realized the Grammy red carpet must be underway. I dashed to the TV and turned it on just in time to hear, “And that was Lady Gaga.” Luckily, gorgeous blogger Karen of Where Did U Get That tweeted…

END_OF_DOCUMENT_TOKEN_TO_BE_REPLACED

The best outfits on the Oscars were from the archives: Cher’s Bob Mackie extravaganzas and Barbra Streisand’s Arnold Scaasi peekaboo pantsuit. Embed from Getty Images As I’ve said before, I don’t care for the self-appointed fashion police. They persecute anyone who does something a little different, only to cry buckets when people play it safe….