Today is punk rocker Iggy Pop’s 64th birthday, but he’s been on my mind since last month. At the time, I was sitting in a doctor’s office, reading a 2010 New Yorker, when I came across an article on how the often-shirtless Pop was promoting a line of t-shirts. The article noted, “…neither age nor gravity has curbed Pop’s preference for being stripped to the waist.”  I tore the article out of the magazine to share it with y’all. How punk of me!

I particularly enjoyed this:

“Pop admitted that there have been times, lately, when his unclad torso has met with disapproval. ‘You know, from time to time, if I take my shirt off now, it doesn’t look the way it did when I was thirty-two,’ he said. ‘It’s, like, ugh. But look — when I’m playing, I’m the shit. As long as that’s true, I can take it off.'”

Damn straight, Iggy! Wear — or don’t wear — what you want. 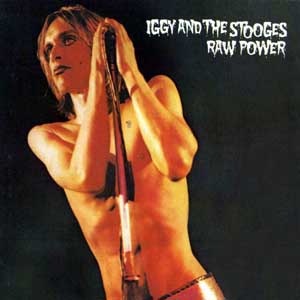 As far as I’m concerned, Iggy can go shirtless till he’s 110 years old. He’s Iggy Pop and we’re not!

Happy birthday, Iggy! Keep rocking on with your bad self like you did this month on American Idol.

You might also like
I Had to Call a Psychologist and It's Miley Cyrus's Fault!
The Waiting Is the Hardest Part of Coachella
Let Taylor Momsen Be Bad!
Previous Post: « What Wendy Wore: The Bigger-Than-a-Breadbox Bag
Next Post: From The New York Times: Remembering Violet Cowden »