Welcome back to Music Hum, peeps! This is my sporadic series about vintage music. Check out the previous post here.

Today’s post is dedicated to Siouxsie Sioux, the queen of punk rock. If the word”punk” brings to mind big black hair, gobs of black eyeliner, fishnets and black leather/rubber bondage gear … well, you should know it was Siouxsie Sioux (pronounced “Suzy Soo”…by me at least!) who created that look. 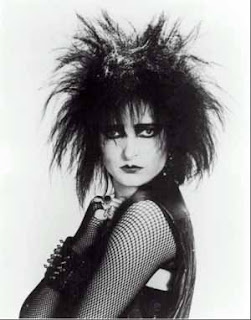 Siouxsie has led two groups: the Banshees and the Creatures. Her first solo album,Mantaray, came out in the U.S. this week. It’s getting great reviews, so check it out or her old pal John Lydon will come over to your house and spit all over the place! Okay, that probably won’t happen, but if it does, don’t come crying to me. 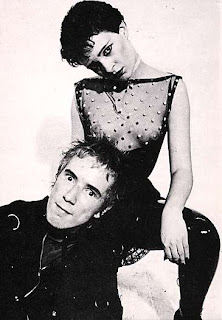 You might know John Lydon by his old name: Johnny Rotten, which was what he was called when he was a member of the Sex Pistols. Siouxsie started out as a part of a group of kids called the Bromley Contingent who hung out with the band. The Pistols have gotten a bad rap over the years. Critics complain that the band was manufactured by manager Malcolm McLaren. The Pistols even wore clothes from the shop McLaren owned with designing galpal Vivienne Westwood. I think some people enjoy accusing everyone else of being a poseur more than they enjoy actual music. The only thing that will satisfy them is a band that spontaneously gets together and plays one never-recorded song to an audience of zero.

The band’s only studio album

Whether you think the Pistols are the fathers of punk or great big fakes, there’s no doubt that they inspired a lot of music including Joy Division and the entire Manchester music scene; one of my favorite groups, X-Ray Spex; and Siouxsie. Billy Idol was another member of the Bromley Contingent, as was Steve Severin, who became one of the Banshees. The Clash‘s first gig was opening for the Pistols. 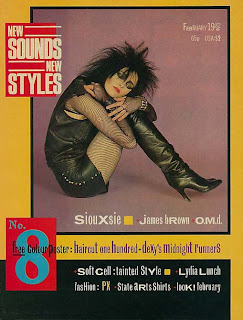 I remember 1982 like it was yesterday, but I remember nothing about yesterday!

Speaking of Westwood and punk fashion, I have to address punk’s fascination with “Nazi chic.” For some of us this is old news (as Siouxsie just said in a Radar interview, “Can you imagine answering the same banal questions for 30 years? … Read the fucking book.”) but in that case, this whole post is remedial, so stop reading! Anyway, Westwood designed clothes incorporating Nazi swastikas, her (Jewish) boyfriend McLaren sold Nazi replica doodads, and Siouxsie and the other punks enthusiastically wore this stuff. It wasn’t political so much as it was a big epater les bourgeois moment. In English, the kids wanted to piss off The Man, and more specifically, any grandparents who droned on about the Blitz and how you kids have it so easy nowadays and turn off that loud music for God’s sake I can’t hear myself think!

As Siouxsie said in a 1999 interview with Attitude magazine (source: Wikipedia), “When I was growing up, it was always (adopts old codger voice) ‘The youth of today… I fought the Second World War so bums like you can loaf around on the Social security,’ so it was a way of antagonising that generation.” She also noted that people like her just weren’t as educated about Holocaust as they later became. 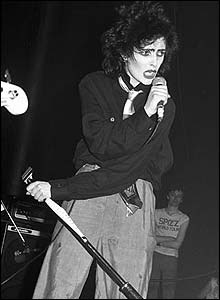 Siouxsie sings a new tune: “Do as I say, not as I did!”
Photo from the BBC

There is more information about punk and Nazi symbolism at these links:

Here are is one on American punk:

I have no problem accepting this part of punk history, just like I have no problem accepting the reality of Anglo-Saxon poisoners, 16th century beheaders and the tasteful 14th century execution of Hugh le Despenser. Do I think the Nazi swastika would be a cool fashion statement now? No! It makes a violent and ignorant statement. (And yes, I know there are other meanings for swastikas. The context makes it clear if the usage is intended to be Hindu, Buddhist, anti-Semitic, racist or just shocking.) Politics and culture in 2007 are different in every way from 1977, meaning “that act is no longer cute,” as well-known philosopher Paris Hilton said about a different topic. On top of being hateful, it wouldn’t even be original. What kind of loser is proudly anti-Semitic, racist, homophobic and/or sexist AND a copycat? It’s like you’re already Disgusting McInsecure, mayor of Patheticville, and you buy a summer house on Can’tThinkForMyself Island. 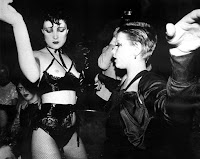 Now, this is a fashion statement I can support.
Photo from Radar

The banal questions that Siouxsie gets usually include something about Bill Grundy. Well, she may be tired of this story, but I’m not! Back in 1976, Grundy hosted a TV talk show and the Pistols and the Bromley Contingent were guests. Grundy grew a little flirtatious with sexy Ms. Sioux. Pistols guitarist Steve Jones leaped to her defense in a bizarrely old-fashioned outburst of chivalry that included the words, “You dirty fucker” spoken on live TV (click here for the complete transcript). Adjusting for inflation, in today’s terms this would be like Janet Jackson’s boob and Britney Spears’s waxed chimichanga jointly crashing a presidential debate … and CURSING! Yep, 31 years ago, this was as bad as a naked boob and chimichanga cursing in front of Law & Order presidential pseudo-candidate Fred Thompson. Les bourgeois were totally epater’d, Bill Grundy’s career was destroyed, and the Sex Pistols became famous. Another happy ending. 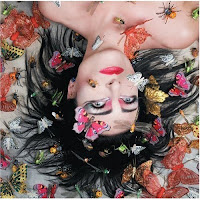 Think you’ll get away without more reading suggestions? Ha!

This is The Other Book.

Can’t read? Check out the videos on YouTube, but start with this 1976 interview of a blonde, gum-chewing Siouxsie. I tip my beret to the person who posted this.