Last week, I attended the “Blue” conference held by Initiatives in Art and Culture, which included a talk featuring British designer Zandra Rhodes and American designer Anna Sui. I planned to wear my red and pink Zandra Rhodes chiffon dress to that panel, but at the last minute, I was inspired to go with a vintage Ossie Clark wool dress that was more appropriate for the season. It was also blue, befitting the conference’s theme. At the same time, I felt like the dress paid tribute to Zandra’s work due to its eye-catching print and the handkerchief points on the sleeves — design elements that have been Zandra signatures throughout her 50-year career.

I was very satisfied with my decision until I spotted Zandra and her iconic pink hair. 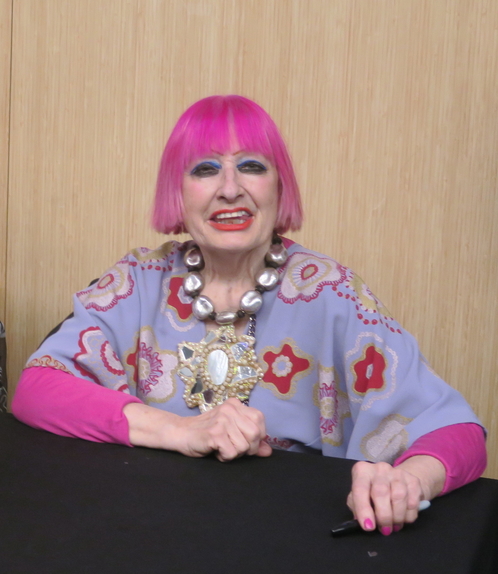 Then, I said to myself, “Self! What were you thinking?! You should have worn the red and pink Zandra dress and gotten a photo with Zandra!” I kept wallowing in my fashion mistake until Anna Sui came in … and complimented the Ossie Clark dress more than once. OMG! As I told Anna, I’ve followed her career since her first show in 1991. How could I not: THE supermodels — Linda Evangelista, Christy Turlington, Naomi Campbell, Kate Moss — all walked her runway.

Plus, Anna was the lone women among the hot young New York designer crowd of the early 1990s that included Isaac Mizrahi, Todd Oldham, and Christian Francis Roth. She’s also the only one of that group that’s still going strong.

Anna Sui is wearing her own Zandra Rhodes dress.

Anyway! I was flying high after talking to Anna about what I was wearing and having her point it out admiringly to Zandra. It was every bit as good as getting the Bill Cunningham seal of approval. 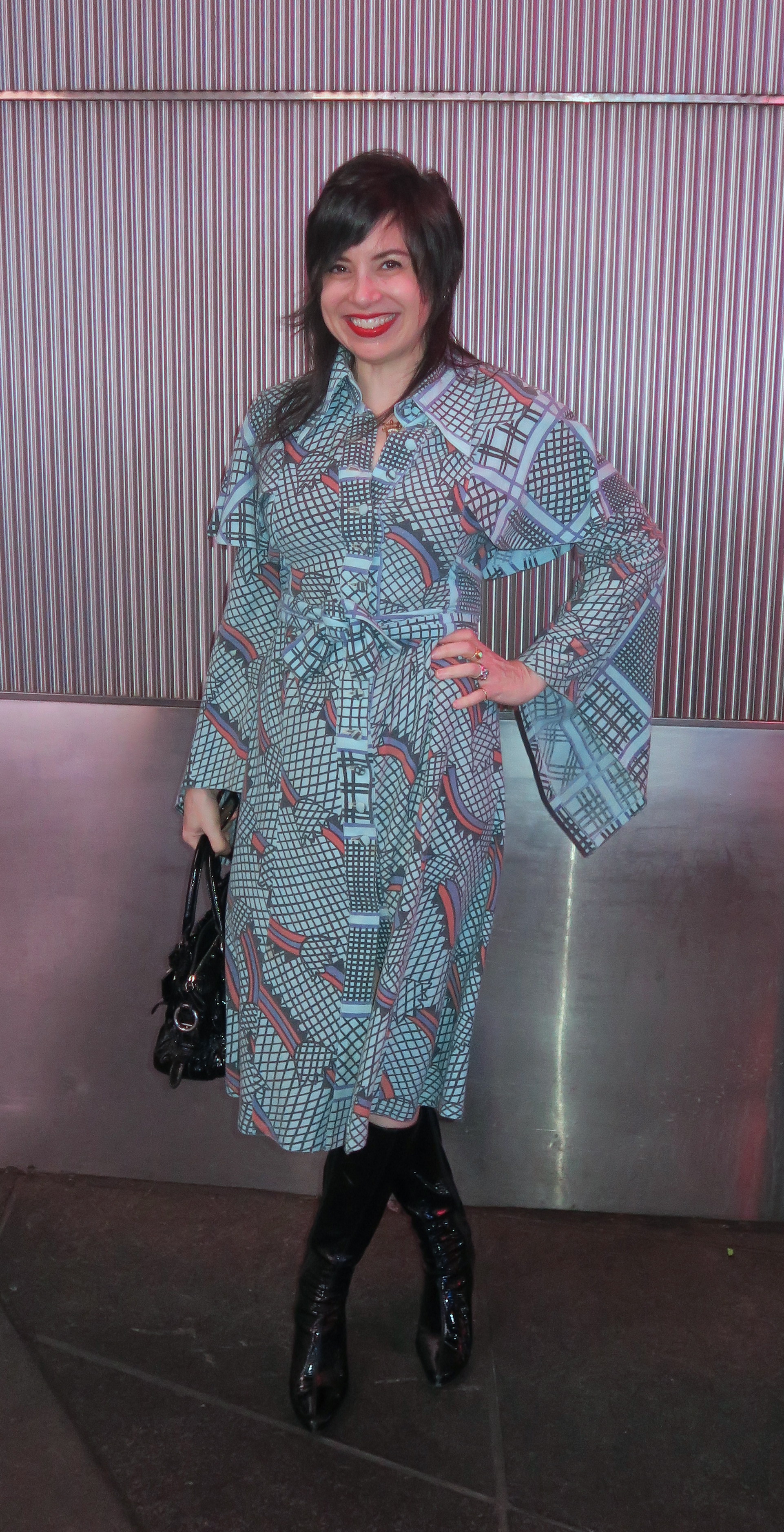 I bought both Anna’s and Zandra’s books … 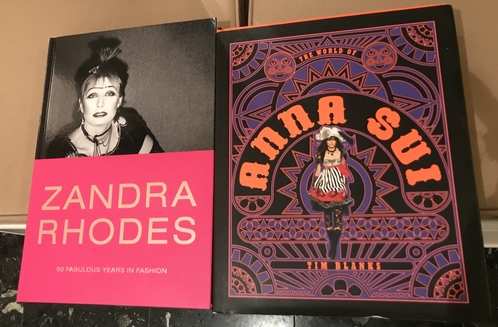 There is always a great selection of fashion, jewelry, and design books at IAC conferences.

… and had them signed.

As for the talk itself, I enjoyed hearing how Anna started off as a super-fan of Zandra and wound up collaborating with her. Living the dream, indeed! 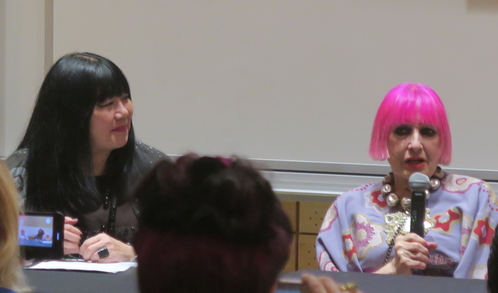 And Zandra had such a good sense of humor. She was made a Dame in 2015 and attended the ceremony in her usual look — neon pink hair, hat adorned with a sparkling egg, etc. — to the disapproval of some other attendees. One woman murmured to another, “Would you go out looking like that?” indicating Zandra. “No,” Zandra’s sister replied, “but my sister would!”

You might also like
Eyes on the Prizes
A Decade of New Year's Fashions
What Wendy Wore: Ossie Clark at the Loebs Again
Previous Post: « The Bezos Dragon
Next Post: Holiday Sale: My Jewelry on 1stdibs »