Thank you to Brecken Branstrator of National Jeweler for alerting me that on Nov. 27, Christie’s in London is auctioning jewelry that once belonged to Eugenie, who was the last empress of France via her marriage to Napoleon III. I appreciate that the auction house has the full provenance of the jewels listed:

Click to see a pair of beautiful pearl earrings on Christie’s site.

Provenance is a big thing. In 2013, I was royally amused when Osenet, a French auction house, priced the sapphire and diamond engagement ring given by the first Napoleon to Josephine, the first empress of France, at a mere $20,000. The ring wound up selling for $949,000, before the buyer’s 25% commission to Osenat. The auctioneer said, “We based the estimates in our catalog on the actual market value of the ring, minus Napoleon and Josephine provenance. It is not our job to tell bidders how much they should pay for the historical premium.”

Either that kind of price disparity is going to happen again with Christie’s and the most intriguing Eugenie jewel, or someone’s going to get a massive bargain and make me bitterly jealous, because this ruby and diamond heart locket is estimated at just $12,840 to $19,260 (that’s converted from British pounds, hence the odd numbers). 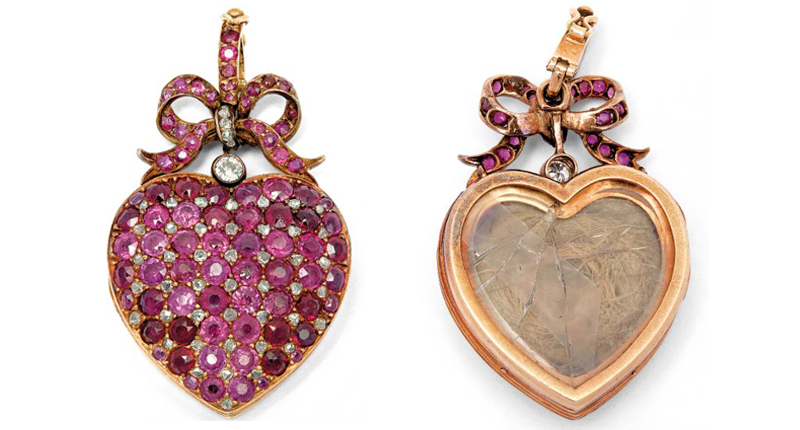 To put it in perspective, my contemporary ruby heart locket is currently available for $10,000 on 1stdibs. 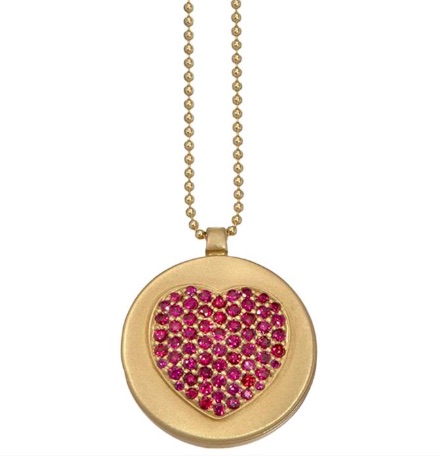 My locket has a ruby-eyed skull inside, which is pretty cool … 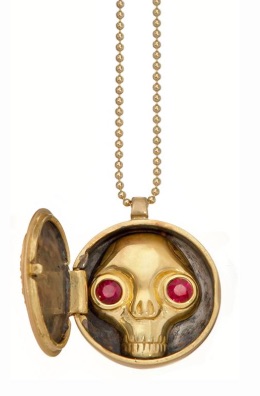 … but if the lock of hair inside Eugenie’s pendant really belongs to Napoleon III, I’d say that piece is worth more than double mine! That said, my jewelry has always been inspired by royalty and I aim to make it worthy of royalty and I think mine holds up nicely next to Eugenie’s, don’t you think? Check it out in action.

While this Jewel of the Month post per was — per its title — inspired by Eugenie’s jewels, my ruby locket design was inspired by a centuries-earlier Spanish queen, known as Juana la Loca, who I blogged about way back in 2008. I haven’t designed any jewelry inspired by Eugenie — not even any inspired by Empress Josephine, though I would like to. The latter is such a compelling personality. If you don’t know about the hot-and-heavy relationship she had with Napoleon, you can read all about that and more in my 2013 engagement-ring-auction post. Or skip directly to the passionate love letters Napoleon wrote to her and entertain yourself by comparing it to today’s amorous communications. Let’s face it: In 2019, instead of “Your tears rob me of reason, and inflame my blood,” all Josephine would get is a a “wyd” text and a dick pic!