Punk-rock legends The Clash played the Palladium in New York City on Sept. 20 and Sept. 21, 1979. The second night — which was 40 years ago today — was the show during which Paul Simonon smashed his bass guitar.  Photographer Pennie Smith‘s shot of that moment became the cover art of The Clash’s London Calling album, released in December of that year. 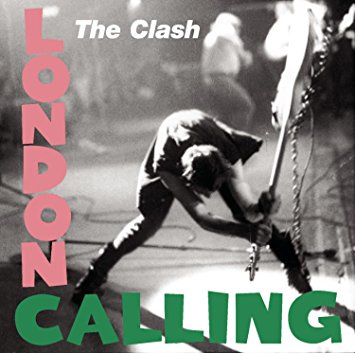 Somehow, I didn’t know until last year that this iconic image was captured by a female photographer, so I just want to give a shout-out to Pennie Smith.

I never got to see The Clash in concert. I missed them opening for the Who in 1982 — something I remained bitter about for over 30 years.. I did see guitarist Mick Jones’s next group, Big Audio Dynamite, in 1986 or 1987 (and then again in 2011). That ’80s Big Audio Dynamite show deserves its own post one of these days!

You might also like
Watch Me Wear This One
Edward the Dog or Edward the Porg?
Get Crazy With Christina Castle & Gangsta Boo
Previous Post: « Climate Strike Today, March on DC Tomorrow
Next Post: I’d Give an Emmy to Jessica Chastain’s Game of Thrones »