Actor Billy Porter did it again! After winning my prestigious Best Dressed/Wear What You Want combo award for the Oscars in February, he was head and shoulders above the rest of the attendees at last night’s Emmys in his sparkling Michael Kors suit and statement Stephen Jones hat.

Porter, who won for his role as ballroom emcee Pray Tell on Pose, is the first openly gay black man to win an Emmy for Lead Actor in a Drama, and if you missed his stirring acceptance speech, check it out now.

My first runner-up is Gwendoline Christie of Game of Thrones, who looked majestic in Gucci. (Some viewers got Jesus vibes from the gown and she went with it on Instagram.)

I have another runner-up who deserves her own special category, which I’m going to call, “I’ll Wear What I Want Even If It Kills Me.” It goes to Gwyneth Paltrow, who did a meme-worthy walk across the stage as a presenter, constricted by a vintage Valentino gown that lacked a back slit and shortened her stride. Honest to God, I cannot stop thinking about this. If Billy Porter hadn’t been there last night, I would have made the Goopster my top pick, because this is the look that’s stuck with me, and — remember — my award isn’t just about looking good. For my award, getting me to laugh and say, “That’s crazy” is a huge plus.

Gwyneth awkwardly walking to the tune of Superstition is surreal and sending me 💀
pic.twitter.com/coakYPaokS

Yep! That’s crazy! Also, I empathize because in 2009, I went to the Vanity Fair Oscar party in a gown I didn’t realize was quite binding at the knees until I was confronted by a few steps. I had to pogo my way up those. It was very nerve-wracking. 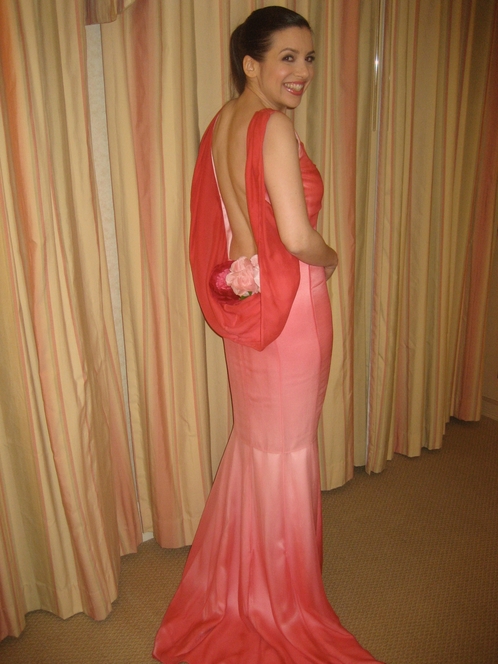 I still think that night might have been the best I looked in my entire life. Normal movement be damned!

You might also like
My Best Dressed at the 2022 Oscars Is ...
Women With Attitude: Skylar Grey and Whoopi Goldberg
The Week in Review
Previous Post: « Wishlist: Dress With Hood by Pauline Trigere
Next Post: Shopping My Closet for the Hot Emmys Color Combo »