I’m not sure how I feel about Giambattista Valli’s collaboration with H&M, which is coming out in November. Valli is the king of floofy red-carpet dresses, a trend I’ve been obsessed with since Rihanna launched a thousand memes in a Valli gown at the 2015 Grammys.

“Masstige” fashion — prestige + mass production — was so overdone years ago that I’m like, “How is this still a thing?” That said, from a business perspective, Valli had to do it, because nothing was going to stop the fast-fashion chains from knocking off an increasingly popular and distinctive look that has no copyright protection. Given the opportunity, a designer might as well collaborate in order to get some money and name recognition out of the experience — and hopefully do a bit of quality control — rather than getting zilch while overseas manufacturers degrade the whole concept.

And even so, once you knock off your own look cheaply — as with this “H&M” dress seen on Kendall Jenner last month as part of the preview of the collaboration — the general public winds up with no appreciation of the quality and labor that goes into the higher-end version. From personal business experience, I can tell you that sucks!

Maybe I’m also bitter because friends and family teased me for my love of ruffled and puffy clothes for more than 12 years … and more recently, Twitter peeps argued with me when I identified floof as a look with staying power. Everyone’s gotta make their loofah jokes, you know?

I need to get over it and give myself on the back for correctly identifying floof — specifically Valli floof — as a “Never Is the Next New Thing™” example. As a bonus, the back that I pat will be covered in my secondhand but original label Giambattista Valli floofy jacket from 2017 at the now-closed resale/vintage story Allan & Suzi. 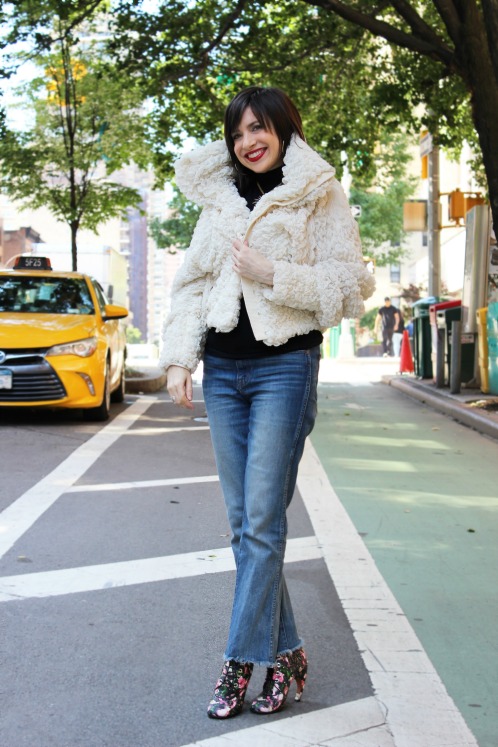 Remember, it’s the most provocative/grating/startling looks — the ones that make you say, “I would NEVER wear that!” — that are most likely to become trends, big or small (hence “Never Is the Next New Thing™”). You doubters are going to be fighting for one of those H&M pieces, while I laugh up one of my puffy sleeves.

You might also like
Musical Interlude: Madonna at Madison Square Garden
What Wendy Wore: Casual in Castelbajac
Time to Start Thinking of New Year's
Previous Post: « The Weeks in Review
Next Post: Wendy Brandes Jewelry X The Style Crone, Part 5 »