Believe it or not, charm bracelets have existed for millennia! While I’m normally obsessed with ancient artifacts, my favorite charms are of more recent vintage — generally the 20th century, when a lot of clever mechanical pieces were produced. I love designing mechanical jewelry myself, and I was once inspired by an old charm, though I put my own twist on the concept.

My chicken-in-egg locket, however, was not created because of this adorable Easter egg charm, which was posted on Instagram this week by the Eden Collective ahead of today’s holiday 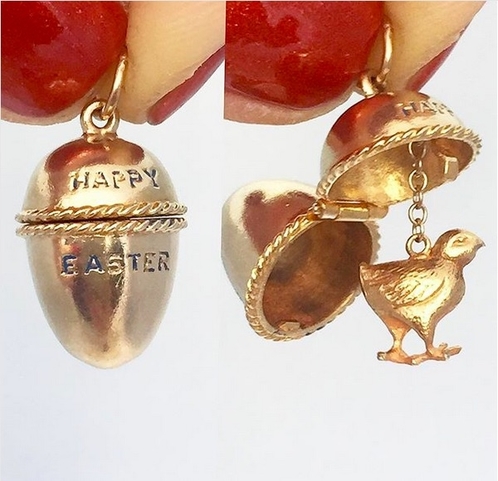 The egg-locket necklace I introduced 10 years ago (dang! time flies!) was created because I coveted an 18th-century objet d’art I saw in Denmark’s royal treasure. The original can be separated into an ivory eggshell, a gold eggshell, hen, crown, and ring … and there’s also a yolk. I couldn’t squeeze hat many treats into my mini version, but I think I did pretty well. My 18K yellow gold egg …. 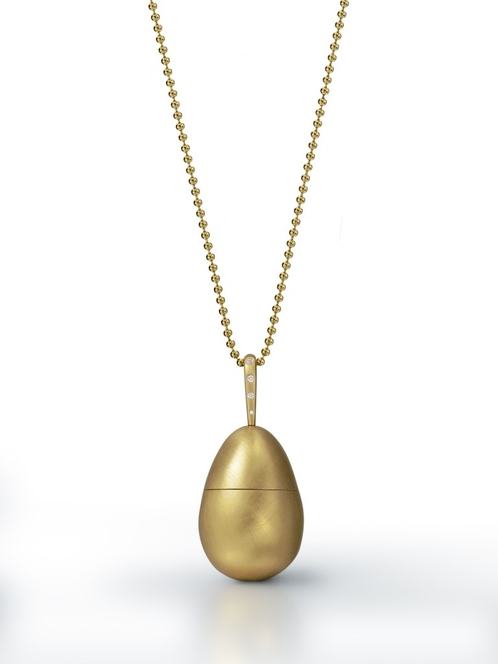 … opened up to reveal a sterling-silver chicken with diamond eyes … 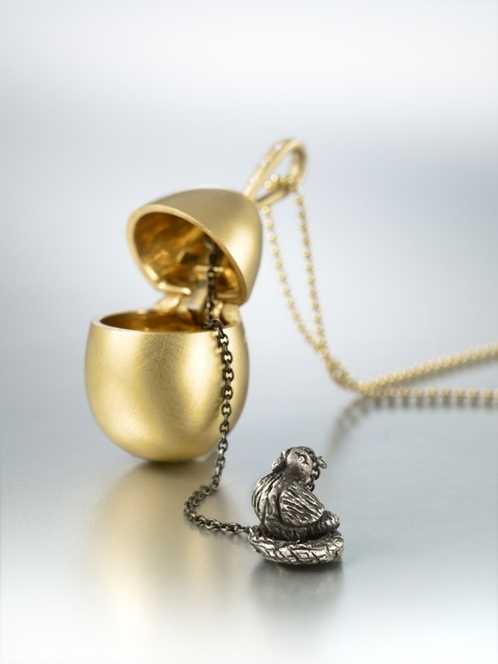 … but what really delighted people was the fact that the chicken opened up to reveal three golden eggs in her nest. 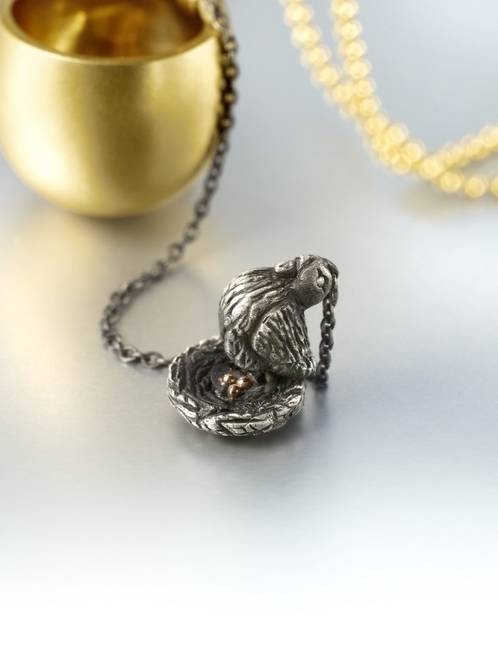 I don’t have any of these lockets available right now, but I will make one to order! Holla at me at info at wendybrandes dot com to inquire. Also, for a while, I made a little silver chicken necklace. She still opened up to show the eggs in the nest — she just didn’t reside in the big gold egg. Those sold out long ago and I don’t make silver jewelry anymore but … 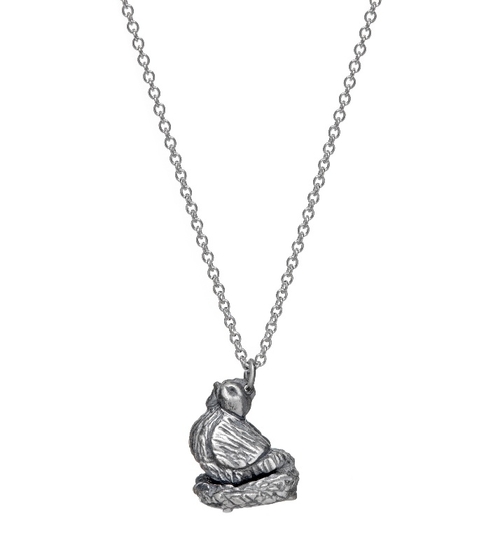 … I did find a tarnished and tangled silver chicken necklace lying around here recently. She’s fixable, for sure, so if you’re interested, shoot me an email. She’s the last of her kind.

Oh, and to answer the old question: The egg came first!

You might also like
Byron Lars and My Met Gala Dream Look
Celebrity Engagement Rings: A Review
My Giant Butterfly Ring Is Now for Sale
Previous Post: « Get Crazy With Christina Castle & Gangsta Boo
Next Post: Coachella 2019: What Wendy Wore. Again. »