When I did last week‘s YouTube playlist of my mechanical jewelry designs, I realized I was missing one of my classic pieces — the deceptively simple-looking Hatshepsut locket. 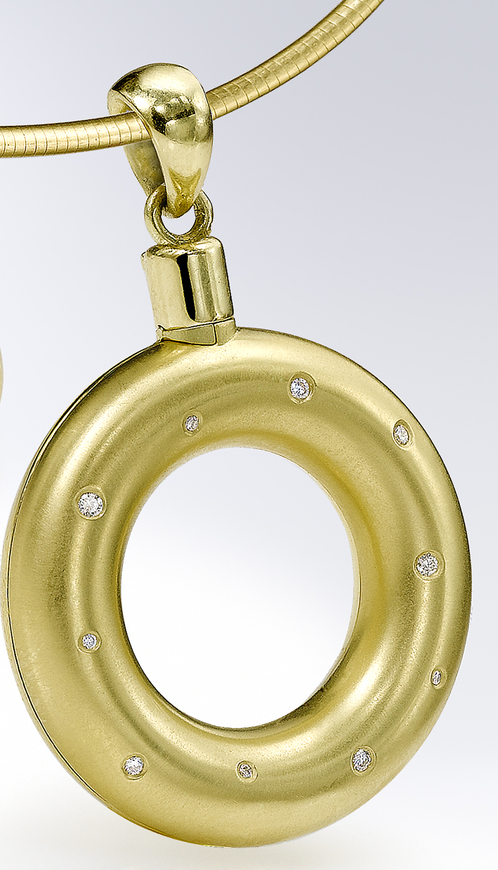 I made this locket after an afternoon spent among the Hatshepsut artifacts at the Metropolitan Museum of Art. Hatshepsut was an Egyptian queen who apparently proclaimed herself Pharaoh following her husband’s death. Some historians believe that Hatshepsut served as co-regent with her husband’s son, but others are convinced that Hatshepsut was recognized as the ruler in her own right, in part because she had herself depicted with all the traditional regalia of Pharaoh, including a false beard. 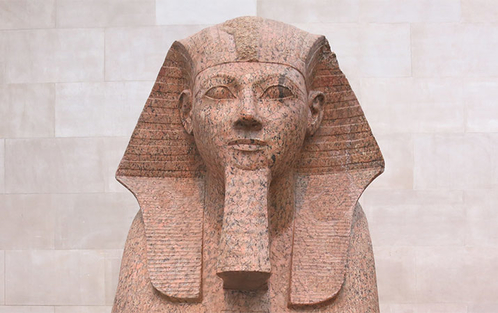 From the Metropolitan Museum of Art.

To be honest, I don’t go to the museum as often as I should because every time I go, I wind up doing at least one major jewelry design. This locket in particular blows people’s minds because what looks like a big, bold, but uncomplicated pendant actually unscrews and then slides open. It is made of a full ounce of 18K yellow gold and is set with diamonds on both sides.

I’ve added Hatshepsut to the top of the mechanical-jewelry video playlist so prepare to be amazed!

I’m going to keep adding to this playlist till I get every design with moving parts on it.