MrB and I went to Blue Water Grill for a Valentine’s Day dinner last week. I considered taking the holiday theme to the extreme by wearing my vintage Moschino heart dress, but I ultimately opted for Valentine’s-red boots instead. Much to my delight, the next day, Elle declared that red boots are the new white boots. Not only do I have the red boots from 2008 … I also have white boots from 2012. Ha! If white boots are the new red boots next year, I’m totally prepared. 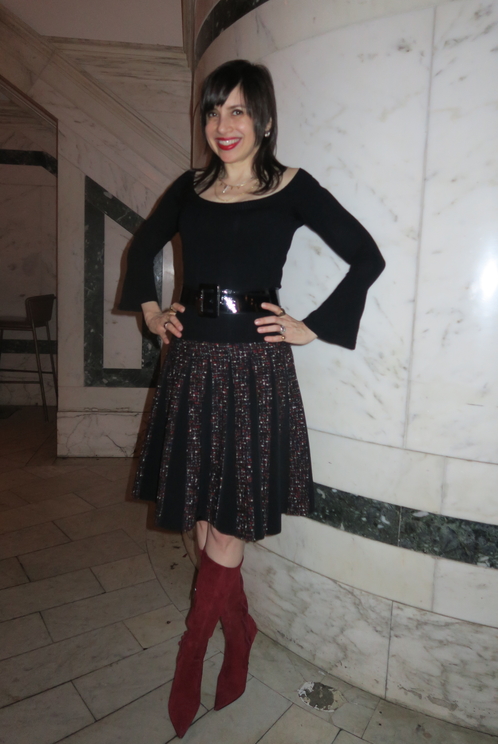 The Moschino skirt has matching flecks of red in it. Here’s the same skirt in 2011. My whole Valentine’s Day outfit was homegrown vintage! 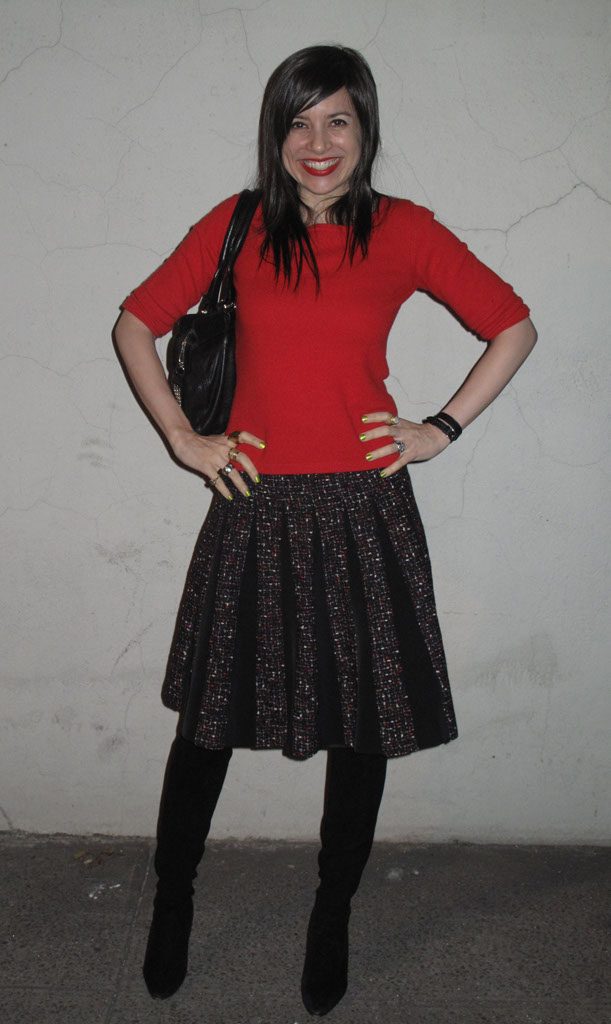 On February 16, I went to the annual awards dinner for the Columbia Daily Spectator. Spec is the undergraduate news organization at Columbia University, and I’m still a member of the board of trustees, even though I retired from the chairman role. We had an amazing keynote speaker: Jodi Kantor of the New York Times, who, with her colleague Megan Twohey, last October broke the Harvey Weinstein story that led to the whole #MeToo movement against sexual abuse. 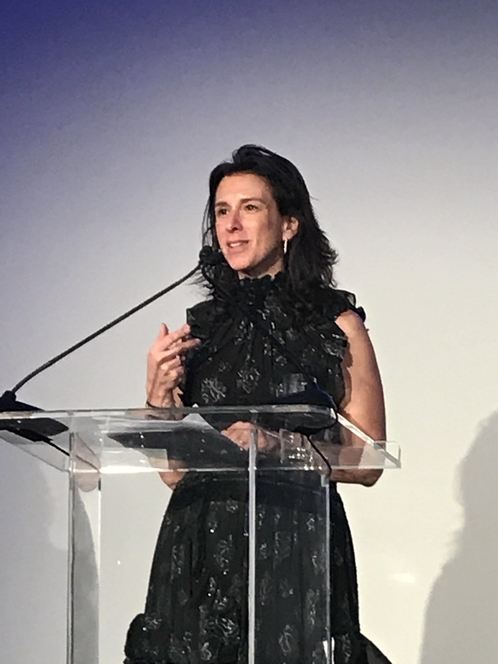 I decided to stick with the theme of red homegrown vintage for the Spectator dinner. 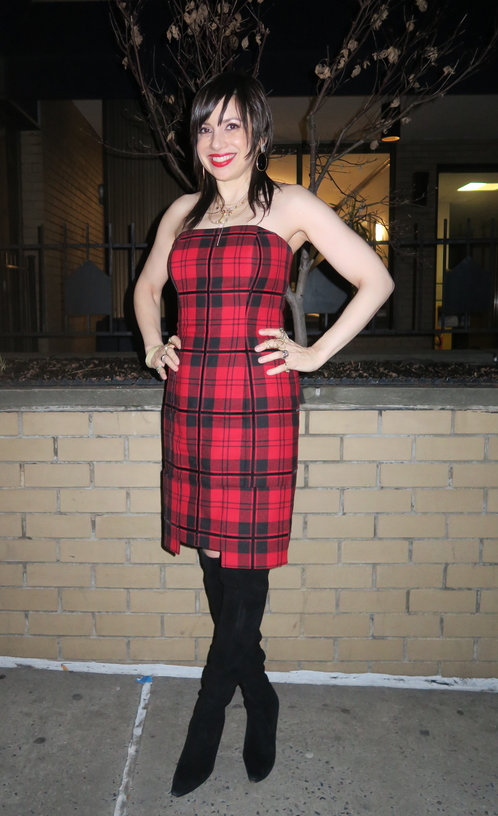 Check out how hard I hit the Wendy Brandes pose last week! Sometimes I switch up the arm placement and angle a bit more, but this time, I’m so consistent I’m like an oversize paper doll. I guess it’s a kind of talent, right? Anyway, the plaid Zang Toi dress comes with a striped turtleneck.  I first wore the sweater-and-dress combo in 2009, and I believe I most recently wore it in 2016. Look at that pose: Seriously, can’t I get some kind of lucrative paper-doll model gig for this? 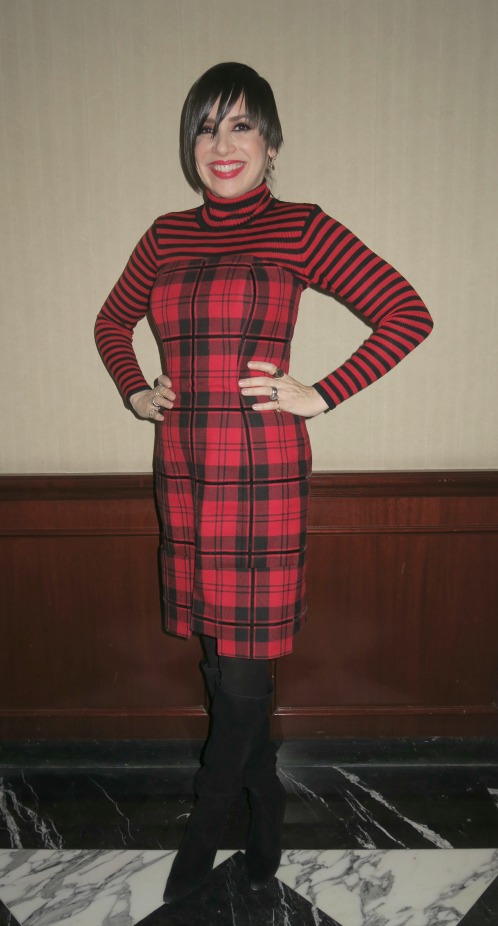 I contemplated wearing the sweater last week, but it requires repair again from getting snagged on the dress, so I went without. I’ve worn the dress sans sweater plenty of times, starting in 2009. 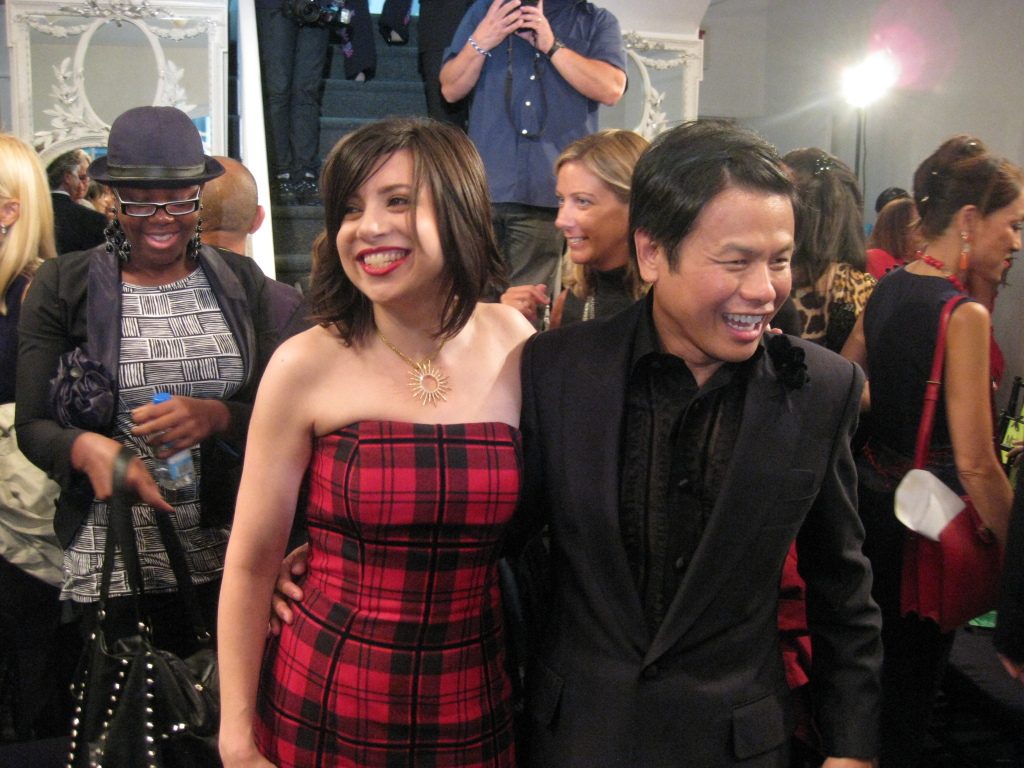 Extra-great thing about that dress: It has pockets! I didn’t put anything in them and I’m sure all they’d be good for is a lipstick or business cards, but I enjoy knowing they’re there.