We had to take our photos at night this time, but yesterday MrB and I managed to recreate our throwback pictures from our long-ago trip to  Vienna.

First, we attended the Data Journalism Awards, held at Vienna’s City Hall, where MrB both presented awards and also accepted the award for best individual portfolio on behalf of winner Sisi Wei of ProPublica.

At dinner, MrB sat next to Executive City Councillor Renate Brauner and an official photographer took this great photo of them. 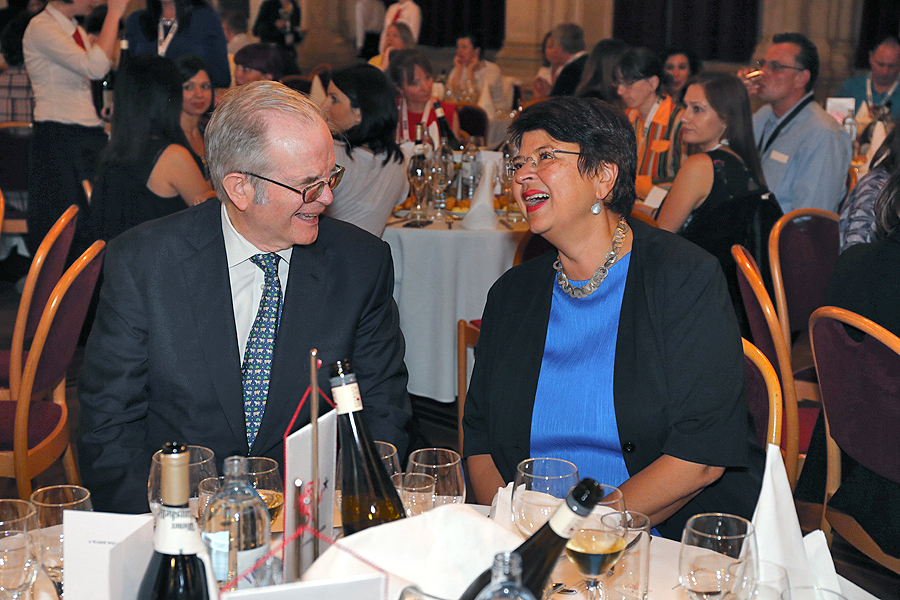 I was sitting on MrB’s other side, under an assumed name (actually, MrB’s real last name).

I was so glad I posted that on Instagram because my friend Monika left this response.

“Nice. When I studied in France and I was already married at the time, they registered me under my maiden name plus “Madame Cornell.” [Cornell is her married name.] When I asked why, they said that woman’s diplomas should always be in her maiden name. Husbands come and go but your degrees are for you.”

That story is giving me life!

Anyway, you can glimpse me trying to have very good posture in this photo of the whole table. 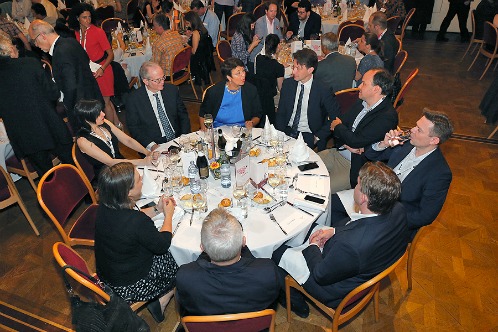 After the awards dinner, we got in a cab and went to Hotel Imperial, where I suspected we had taken the old photo I posted yesterday. 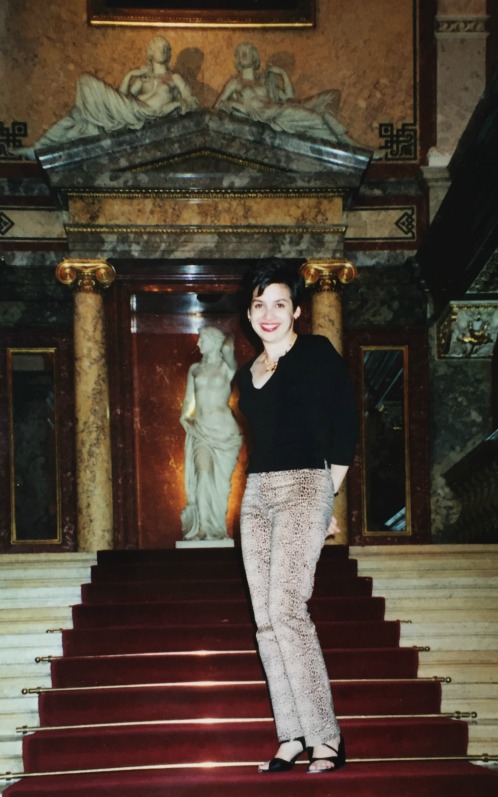 I was right! I tried to strike the original pose, but MrB encouraged me to pose like the statue instead. 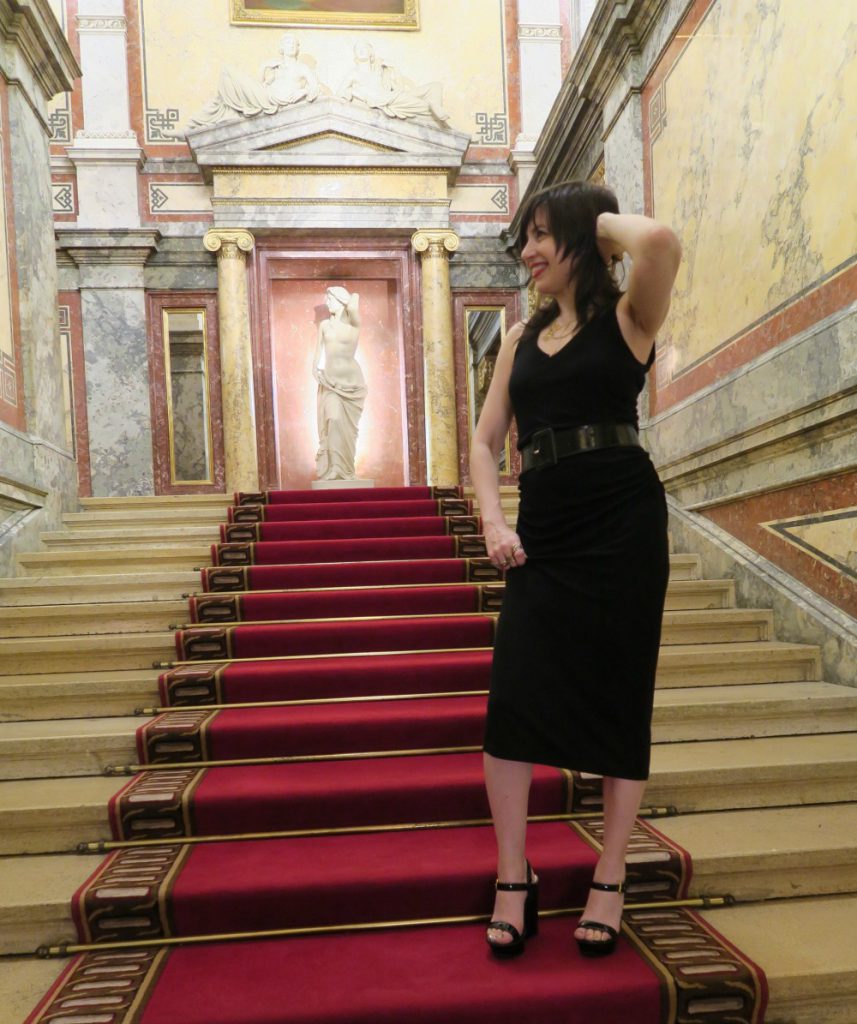 Why did the sculptor think exposing an elbow and underarm was so sex-ay?

Then we went right around the corner to Dumbass Street (aka Dumbastrasse) to get an update on this old picture. 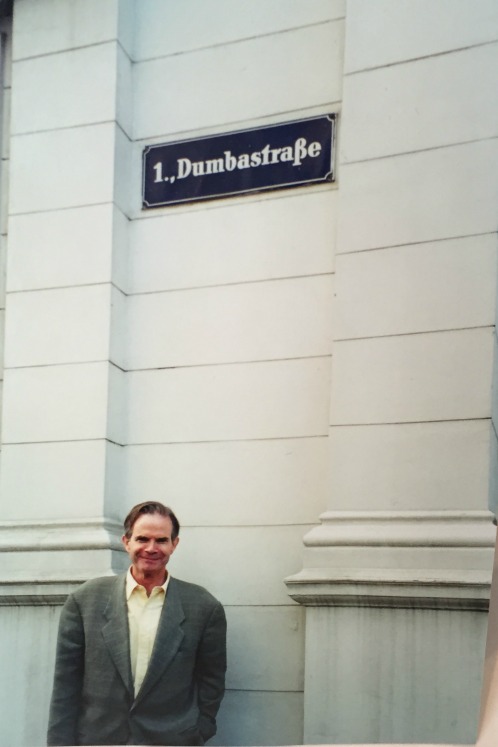 In the dark, I couldn’t get a good shot from the original angle, so we decided that this would do.

MrB is thrilled to be back on Dumbastrasse.

Afterwards, I told MrB, “I’m so happy!” about 100 times. It truly was one of my life goals to visit Dumbass Street once again. Mission accomplished!

You might also like
Proud as a Peacock
Happy Birthday to Paul McCartney; Outfits for Ringo
What Wendy Wore in 2011
Previous Post: « Throwback Thursday: Vienna Back in the Day
Next Post: Edward the Dog Is a Star »