Here’s a “What Wendy Wore” outfit for ALMOST every month of 2016. Click the photos for the original posts.

In January, I wore a vintage Lemington Ridley dress to Jewelers of America’s GEM Awards (the Oscars of the jewelry industry).  I hadn’t worn this dress in 10 years, and before that, I only wore it once. I thought of “purging” it from my closet many times, and I’m so glad I didn’t! I felt great in this. 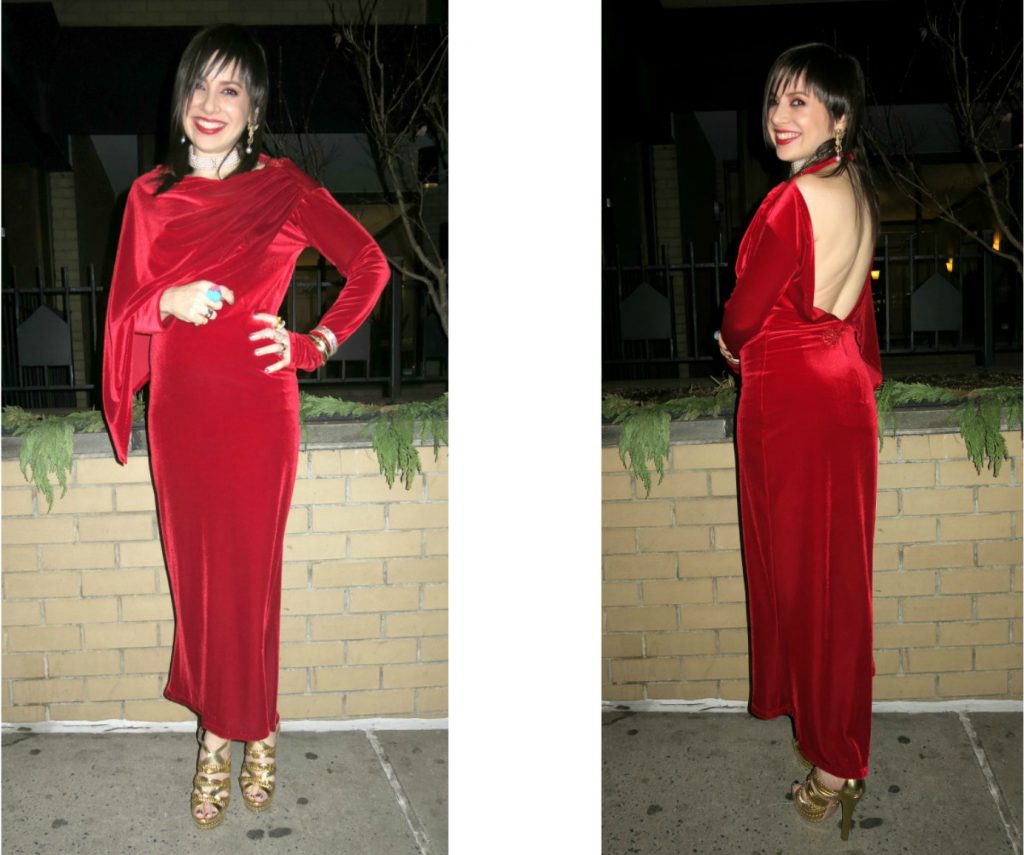 Click to find out why I didn’t wear this beautiful dress for so long.

I had the honor of attending Vanity Fair’s Oscar party in February and I wore another “Oh, this old thing?” dress. I got this vintage Lillie Rubin dress in 2006.  I was going to wear it to an Oscar party back then, but I wound up wearing it elsewhere after realizing that gorgeous actress Gina Gershon had already worn it to a Hollywood event. I was pickier back then! Nowadays, if I found out that a beautiful actress had just worn my dress, I’d wear it anyway and seek her out for a funny photo. 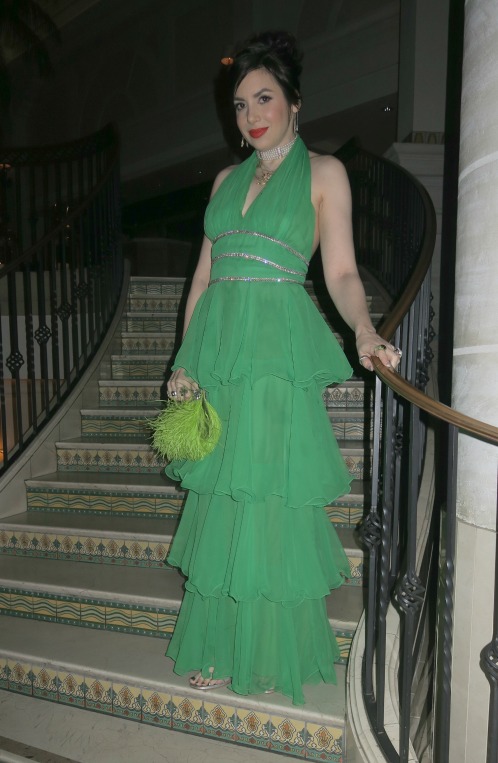 The Vanity Fair Oscar party is pretty much the highlight of my life.

By March, I was making a serious effort to wear dresses that I’d been holding onto for years. I first wore this unlabeled vintage gold dress to the Oscars in 2004, where Renee Zellweger sweetly complimented it.  In 2008, Bill Cunningham photographed it. This year, I wore it to the Catholic Charities Gala Benefit at the Waldorf Astoria hotel. 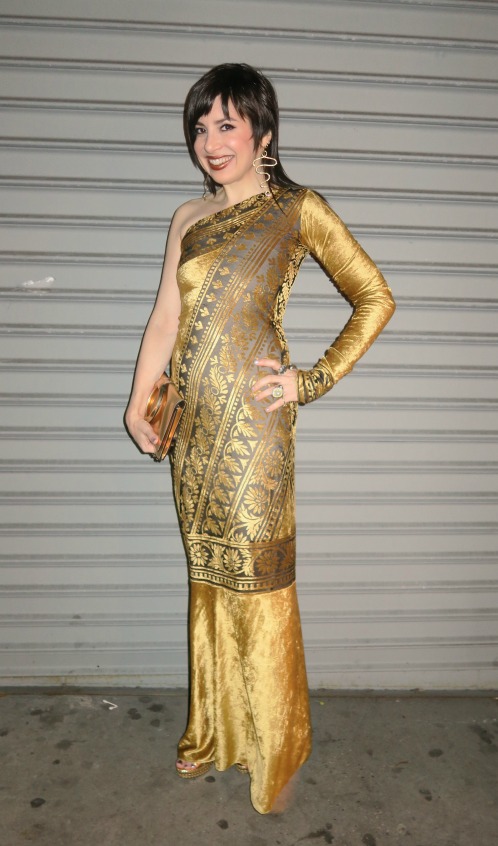 Not really sure what made me think “Catholic Charities” and this dress went together so well. I just really wanted to wear it.

Believe it or not, I don’t spend my entire life in fancy, old gowns. I wore denim shorts to the Coachella music festival in April. I had such a good time that I’m going back next year. 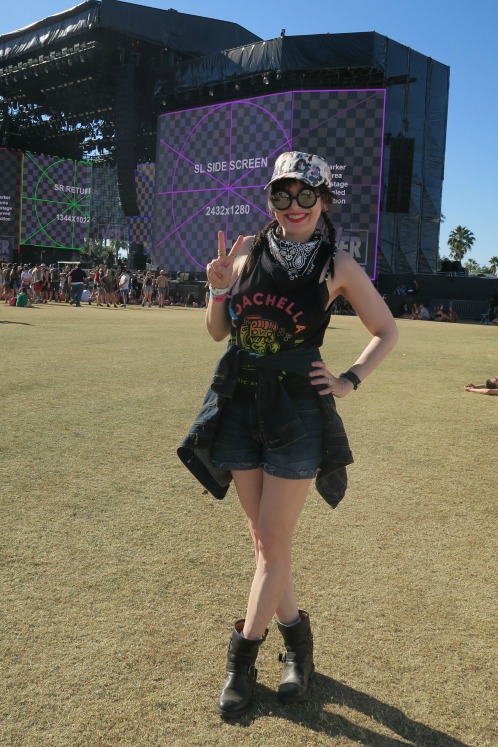 I wanted to be up front for Guns N’ Roses and I was!

In May, I got a new pair of jeans from Madewell.

The frayed hem makes it obvious to people that I wear the same pair of jeans ALL THE TIME.

It really is more fun to look at the fancy gowns, isn’t it? I got this Zac Posen at Trudie Styler’s charity sale in 2008 and wore it in Vienna this June. 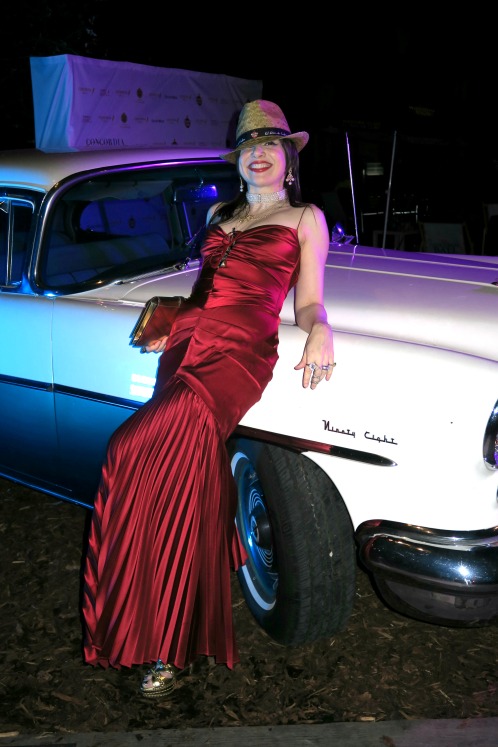 That hat is just a party favor.

One of my favorite accessories is a disposable plastic rain poncho.  Seriously! I have about eight of these in my closet right now. This one came in handy for the torrential rain at a Paul Simon concert in July. 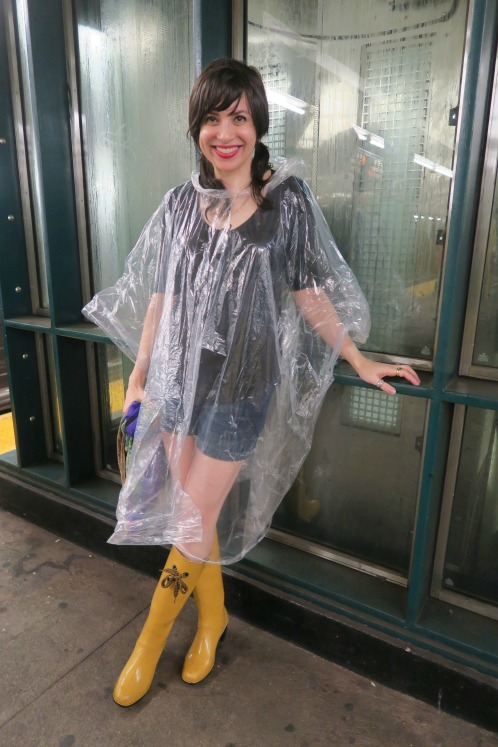 That concert was worth it!

I did a video for Platinum Guild International in August, and wore a Keith Haring-print dress I got from Patricia Field in 2015. I wish I had a few more dresses like this. It’s very comfortable. 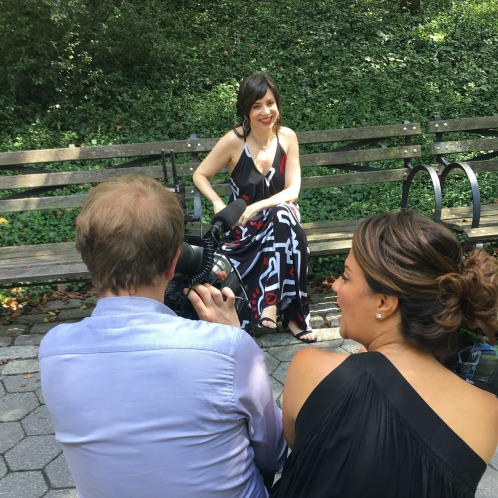 When cameras are pointed at you outside, people stare to see if you’re someone important. Then they’re disappointed.

At the end of September, I was in a rush to wear any summer dresses that hadn’t had an outing this year, including this one I got from JC de Castelbajac in 2013. 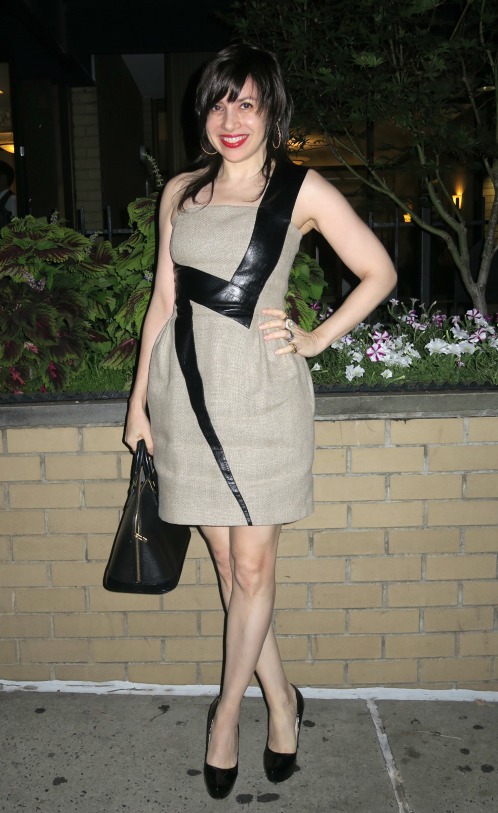 So sad the JC de Castelbajac stores in London and Paris have closed.

This Versace skirt is about 13 years old. My designing friend Stacy Lomman was the one matched it with a vintage Ossie Clark top. I’ve worn it that way repeatedly, including this October. 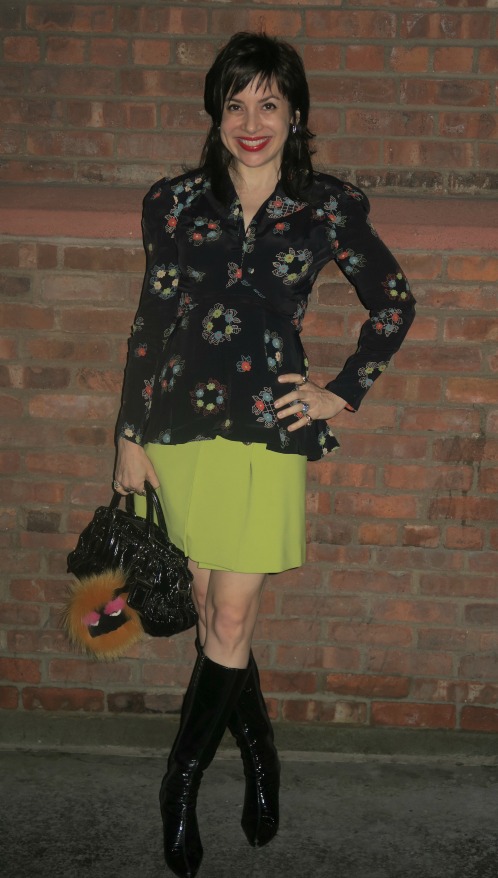 When I got this skirt, I was worried I was too old to wear it. More than a decade later, I guess I decided to stop worrying.

I haven’t done the outfit post for my November look yet! I will try to do it tomorrow. Meanwhile, here’s a tease: my hairstyle by Julie Matos. 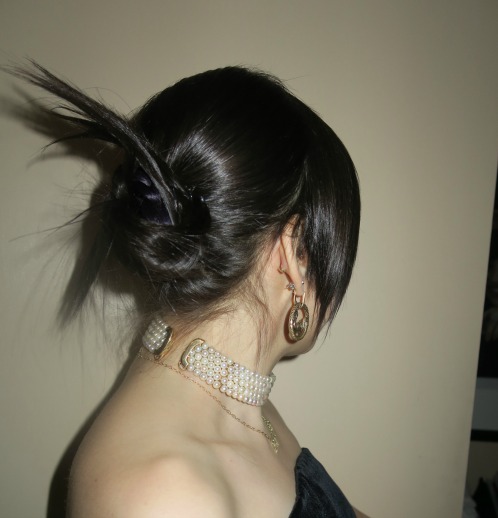 Hair by Julie, pearl choker from my personal collection.

I didn’t take a single head-to-tie outfit photo in December. I skipped my December 23 birthday dinner and numerous other outings because MrB and I came down with a bad bug. We got it nearly simultaneously, so we were both cranky at the same time. It wasn’t fun! Right before I got sick, I went to a party celebrating Bella Hadid’s Paper magazine cover. I wore a bunch of necklaces.

What are your New Year’s Eve plans and what are you wearing? I’ll be wearing a dress from this post!

UPDATED TO ADD: Here is the November outfit.