Four years ago, I shared a photo of my favorite dress from 1985, which I’m convinced came from my very favorite store, Fiorucci. Unfortunately, you could only see part of the dress in the picture, because I was sitting down. 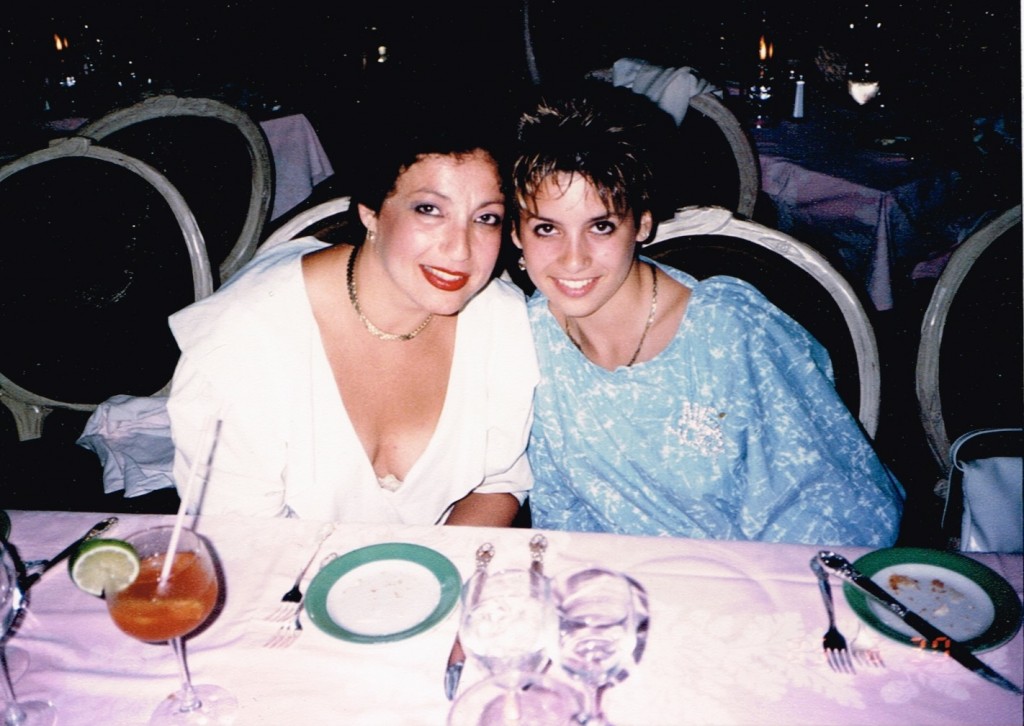 Well, a miracle has occurred and I found another photo from the same night. Even though I’m sitting in this picture too, you can see more of the dress. 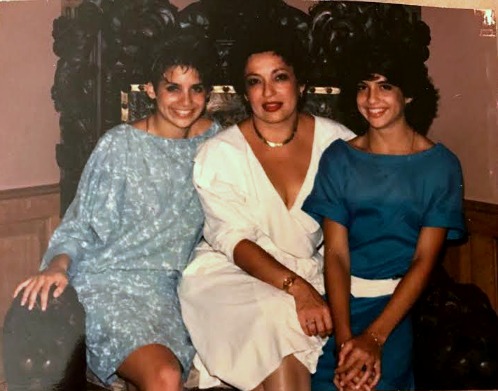 Funny, I remembered the blouson top of the dress, but in my recollection, the skirt was tighter than it appears to be here.  The dress’s most striking feature was a big cut-out in the back; maybe I’ll get lucky and find a photo of that next. Meanwhile, check out my sister, Terri Berry, who appears to be wearing a low-slung white belt, which was such an iconic ’80s accessory.

In the 1980s, when I was a teenager growing up in a small town in New Jersey, the New York Fiorucci store was everything. I bought silver lipstick and black rubber Maripolitan bangles there. (I eventually accumulated 80 of the latter, buying them five at a time, and I’m still mourning their loss during a move in 1986.) But the thrill wasn’t just about the inventory! As pretty much any article about the store says, including this recent one in the Guardian, Fiorucci was “the daytime Studio 54.” Andy Warhol and Madonna both hung out there, and I’ve written before about how avant-garde performers Klaus Nomi and Joey Arias put on shows in the store windows. (There are some incredible photos and videos in this 2012 Gothamist post.)

Is there any store like that now? Not that I know of.  Colette in Paris tries its best, but it ain’t the real thing. That’s why I’m super-excited that the new owners of the brand —  Stephen and Janie Schaffer — are bringing Fiorucci back.  (Founder Elio Fiorucci died in 2015.) The Schaffers started with a jeans line at Barneys, then launched a pop-up store at Selfridges in London last month. Even better, they’re planning to open a stand-alone Fiorucci store in London in September. I MUST be in that store. I don’t mean shopping in it. I mean selling in it! I’m envisioning a Wendy Brandes x Fiorucci collaboration, with designs that are exclusive to the store. Don’t you agree? Stephen and Janie, I’ll gonna be calling you!