My “Never Is the Next New Thing™” fashion rule states that the most provocative/grating/startling looks — the ones that make you say, “I would NEVER wear that!” — are the ones most likely to become trends, big or small. I first pointed this out in 2008, when Katie Holmes wore “pegged jeans” and the fashion-conscious part of the Internet lost its collective mind.

Hard to believe that a style that became a wardrobe staple — once it was rebranded as “boyfriend jeans” — was that controversial, eh?

Similarly, the peplum’s most-recent revival got off to a rough start in February 2011 when Nicole Kidman’s structural Christian Dior Oscar gown landed her on multiple “worst-dressed” lists.

By July of that year, Emma Stone was declared the height of chic in a Giambattista Valli peplum skirt.

Two months later, the New York Times named the peplum as the “standout” at the fall fashion shows. Two years later, when I wrote about the surprisingly long life of fashion trends for the Huffington Post, peplums were still going strong at all price points.

In that HuffPost story, I quoted trend forecaster Sheila Aimette who explained, “The lifespan of trends is just not within a six-month period … Things start slowly on the designer end and it takes several seasons for it to take off.” Truth be told, the “designer end” is often inspired by the street wear of youthful subcultures, which is reinterpreted and passed along to magazine editors, celebrities, and other influencers who want to stand out from the crowd. That’s when the rest of us see the look and, after our initial shock, eventually think to ourselves, “That person is cool, though. I want to be cool.”

This is all a long-winded way of telling you that skinny eyebrows are destined to come back. I wasn’t convinced when I saw it on a couple of Instagrammers, but then the cover of the September issue of British Vogue was unveiled. Behold Rihanna with skinny brows! 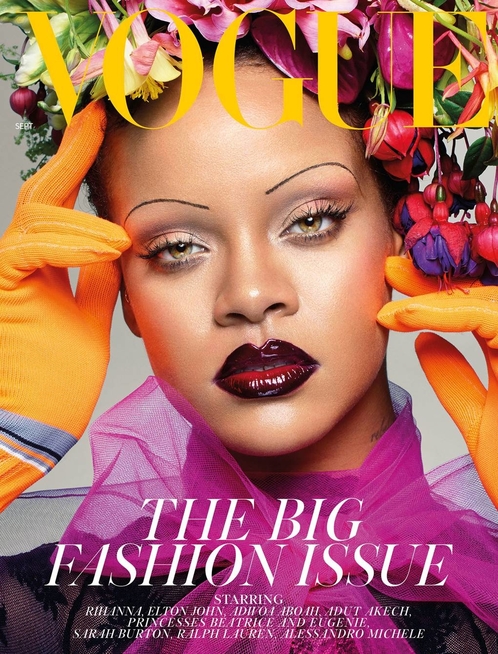 Where Rihanna goes — even if it’s just for a magazine shoot or red carpet event — fashion often follows, whether that’s the naked dress or its opposite, the floofy dress. First there’s resistance, of course. Then there’s acceptance. As Valerie Steele, the director and chief curator of The Museum at the Fashion Institute of Technology, told me years ago, “When you reach the maximum of whatever it is, the height of your mini or the height of your heel, the pendulum will swing and it will move to something else.” Eyebrow-wise, I think we maxed out with the “Instagram brow” in 2014-2016, when even I — an aficionado of people who do too much — couldn’t take the overdrawn, sharply squared-off, ombre brow that filled my social-media feed.

Since then I feel like there’s been moderation. Full but natural-looking brows are everywhere. So what can a bad gal do to show she’s fashion-forward? Pluck, of course. It’s not like our skinny brows were invented in the 1990s, you know!

The pendulum has been swinging between skinny and full brows for decades.

On a personal note, I think my curly perm and skinny brow combo of 1995 was one of my best lewks ever. 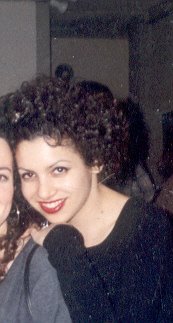 When the plucking urge hits you — whether that’s in 2018 or several years from now when the trend is going strong — take some advice from someone who has been there: If you’re not artistically inclined, don’t do your own brows! Asymmetrical skinny brows are not the business. I’ll also tell you what my mother told me: Plucked brows might not grow back completely. Yeah, it didn’t stop me either. Just remember that I told you so.