MrB and I went to Washington yesterday for an inauguration dinner. 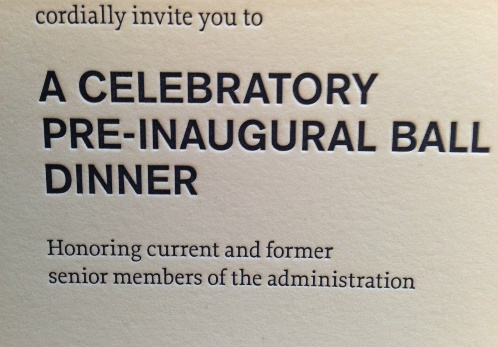 We didn’t see the First Couple — Beyonce and Jay-Z — in person, nor did we see Barack and Michelle Obama, but we still had a good time. 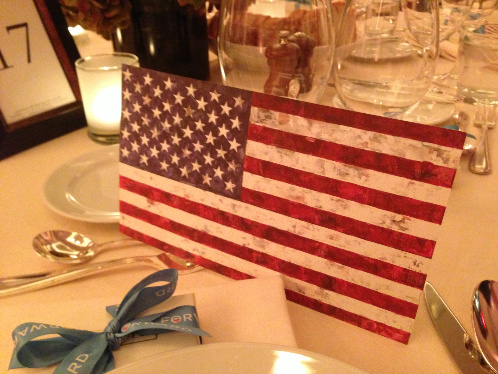 A place setting at dinner.

I wore an emerald-green Zang Toi gown for the last inauguration. According to Pantone, emerald is THE color this year, but I didn’t feel like repeating that dress. Not only has that one gone to a presidential event … it has also lurked near George Clooney. I have to give other dresses a shot at greatness, so I opted for a shorter, blue-velvet dress by Zang. 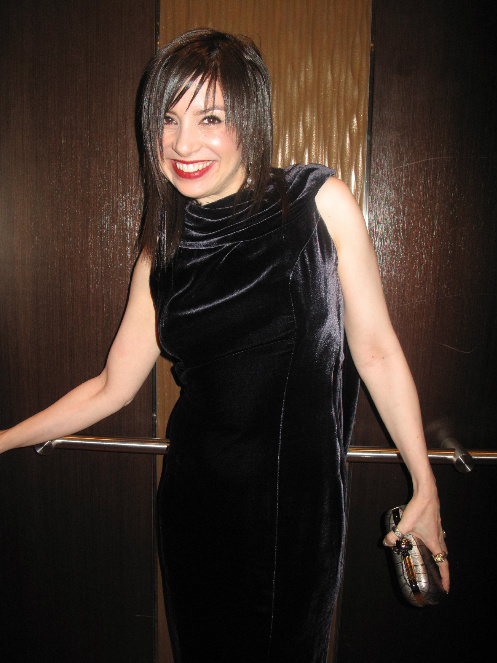 Being silly in an elevator.

Any excuse to share Isabella Rossellini’s rendition of “Blue Velvet”!

I wore my Empress Wu dragon earrings. The “punk” side of my asymmetrical haircut really showed off its earring  nicely. I also used a new red lip color: Chanel’s Rouge Double Intensité in Ruby Lite. I don’t love its feel quite as much as my beloved Lasting Lust by MAC –it’s a bit drier — but it’s still pretty damn good! I might try it in another color. 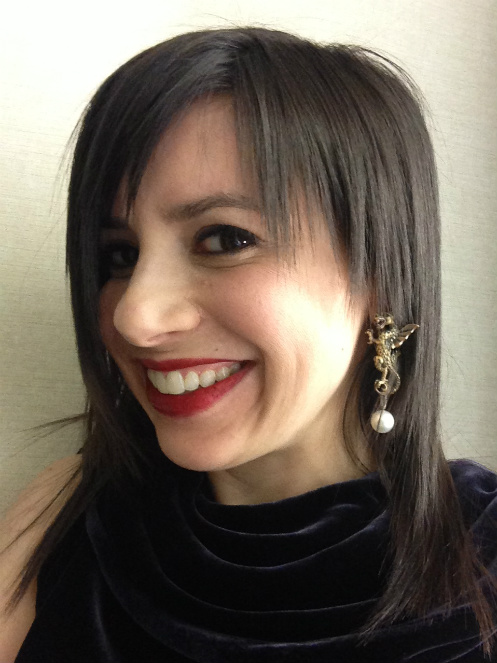 MrB is a big fan of the velvet dress because it’s backless. Things like this get him really excited about fashion. 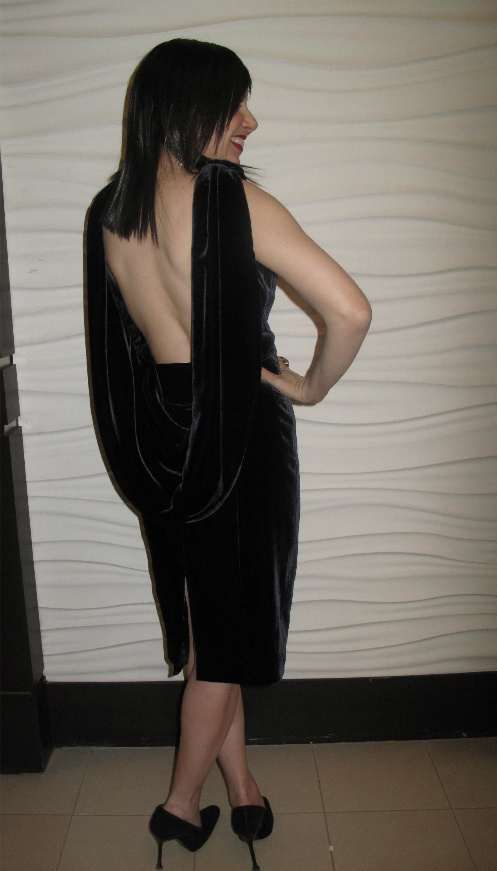 It’s a quick trip. We’ll be back home later today. In the meantime, blogger/designer/stylist/neighbor Stacy Lomman is pet-sitting for me. As you can see, the animals are giving her a tough time. 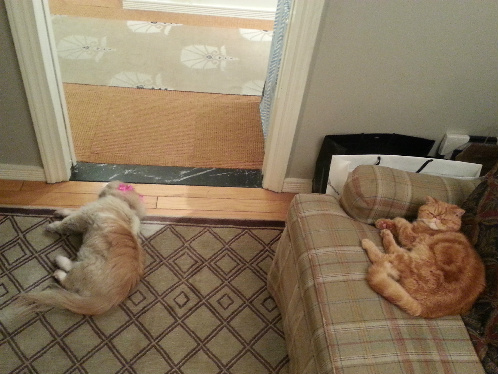 Parallel sleepers: Gigi the dog and FitzRoy the cat.

I hope she’s not overexerting herself while trying to keep up with them.

UPDATED TO ADD: I added my backless dress to Not Dead Yet Style’s Visible Monday post. Go over there to see what all the other lovely ladies are wearing.

You might also like
Thank You, Dr. Blasey Ford
Reminder: Bid for NieNie
What Wendy Wore: Halloween Eve Disco Costume
Previous Post: « Now Playing: Emeli Sandé. Plus, the Week in Review
Next Post: Are You Fluent in French? »