MTV’s Video Music Awards last night let me down in all kinds of ways.

First, the show itself. Rihanna received the Video Vanguard award, but dragging her performances throughout the whole program undercut the excitement of her big moment … even though she improved during the evening, thankfully finding her voice by her fourth appearance. Beyoncé was beyond great as always, though, to me, not BET Awards great. As with Rihanna, too much time on stage diluted her impact. The medley from her Lemonade album was 16 minutes long. (As more than one tweet said, “There was an award show in the middle of a Beyoncé and Rihanna concert.”)

Britney Spears’s return to the VMAs stage for the first time since her trainwreck 2007 performance was undermined by being scheduled directly after Beyoncé. Britney can’t compare to Queen Bey, though I did like seeing her appear to shake her head “No” at a too-eager G-Eazy during his cameo. (The usually stellar comedy duo of Key and Peele had a very off night, but their line, “G-Eazy is like Macklemore for white people” made me laugh.) MTV tried to contain Kanye West by giving him four minutes to talk about whatever he wanted, but Kanye is most entertaining when he’s not contained. In addition, I’m not used to hearing him compare himself to Steve Jobs without Autotune.  He did generate excitement by premiering his video for “Fade,” which features a spectacular and scantily clad Teyana Taylor doing a Flashdance-like routine before turning into a catwoman.  Teyana is a singer in her own right, so — as great as she was in the video — it was a little strange to see her playing another performer’s video vixen. (“Fade”‘s sample of “Deep Inside” by Hardrive brings back fond memories for me though.)

Nicki Minaj, who was the most memorable part of 2015’s VMAs, was reduced to playing Ariana Grande’s sidekick. Swimmer Michael Phelps’s reaction to Jimmy Fallon’s impression of Lyin’ Ryan Lochte — “I directed all five nominees. What an amazing year I’ve had!” — was funny but much less interesting than Miley Cyrus’s shocked reaction last year when Nicki called her out on stage.

Fashion-wise, the event I count on to do the most didn’t do much at all, either on stage or off. There was no meat dress, no chainmail dress, no purple pasty, no albino Burmese python. For a while, I thought I was going to have to give my prestigious Best Dressed/Wear What You Want combo award to the Duane Reade drugstore that trended on Twitter after becoming the backdrop for the pre-show musical performances. 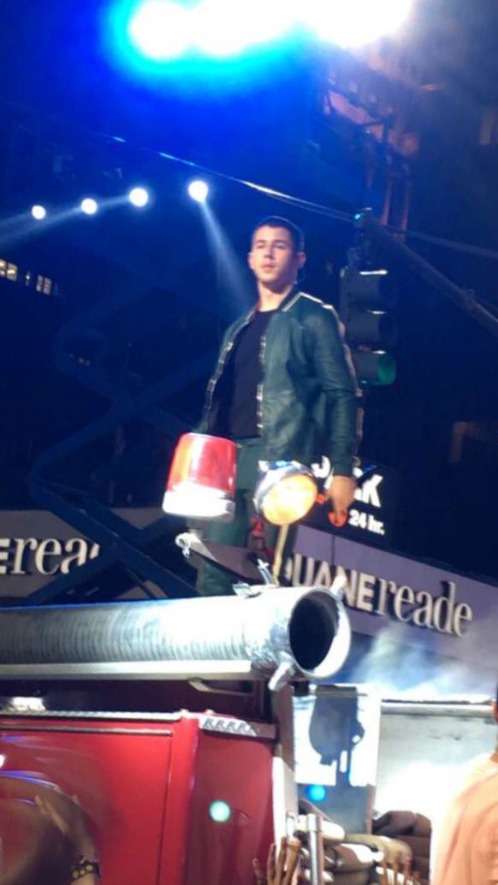 As has been happening for a couple of years now, at various events, the men’s fashion was more interesting than the women’s. There were a lot of sheer looks for the ladies, even though — as I keep pointing out — no one is going to top Rihanna’s 2014 CFDA dress when it comes to sheer. The queen of sheer has already been declared! Move on, people! If you want to flash flesh, at least do something that hasn’t been subject to overkill lately and go shirtless like Cassie and Laura Perlongo.

As for the gentlemen, P. Diddy was happy to show off his kimono, but a lot of the other guys apparently got the same bare-chest memo as Cassie and Perlongo. Rapper Desiigner was the best of that shirtless bunch, in a sharply tailored salmon-pink Maison Margiela suit. He accessorized with big gold chains, bright-yellow-and-tan shoes, and boundless enthusiasm. (As a bonus, he produced a meme-able expression during the show.) He’s my Best Dressed/Wear What You Want runner-up!

Desiigner WAS my No. 1 choice until I saw 88-year-old Instagram star Baddie Winkle, who impressed me in 2015 with her Discount Universe sequin dress. She topped herself this year with a bedazzled, skin-tone bodysuit — reminiscent of a look in Britney Spears’s 2003 “Toxic” video — and a studded cane.

If this look doesn’t say “Wear what you want” I don’t know what does. Baddie Winkle, you’re my winner for the 2016 VMAs. Desiigner, you still looked amazing. Sorry, Duane Reade. You didn’t medal after all!

There’s one more non-fashion VMAs moment I want to mention, which is Drake’s surprise appearance to present Rihanna with her Video Vanguard award. The two have had a long “are they or aren’t they?” relationship, and I was not the only one who thought Drake was going to drop to one knee and propose after his emotional introduction of “someone I’ve been in love with since I was 22 years old” (he’s 29 now). Instead of proposing, he went in for a kiss, which Rihanna sidestepped. While, in a way, it was so painful to watch that I wanted Drake to get it over with and declare himself, I’ve been thinking about public proposals with disapproval after there were a number of them at the Rio Olympics. At the games, one man — diver Qin Kai — proposed to his fellow diver, He Zi, right after she won a silver medal for women’s three-meter springboard. Zi seemed to hesitate before she said yes. I have no hesitation in saying, “No. Just no.” There’s no way a man should intrude on a peak moment of a woman’s professional life and make it about himself and the relationship. Trust me. I’m an engagement-ring designer, and I’ve been involved in more proposals than most people ever will.

If you’re a dude who simply must propose in public — which pressures the woman and potentially humiliates you — at least have the decency and sense to do what triple jumper Will Claye did. After he won the silver medal, he proposed to hurdler Queen Harrison. If you insist on a spectacle, take YOUR special moment and make it about her, not vice versa. (This applies to same-sex couples too. The proposer should never steal the proposee’s thunder.) Think of it this way: On Oscar night, the winners stand on stage and thank whomever they want/need/are contracted to thank. It would be inappropriate to stand up in the audience, screaming, “Thank me!” Anyone receiving important professional recognition gets to choose with whom s/he wishes to share that moment. Wait your damn turn.