This spring is the 400th anniversary of William Shakespeare’s death. (How did I forget Shakespeare’s wife was named Anne Hathaway? LOL.) To mark the event, the Royal Shakespeare Company has brought the playwright’s Great Cycle of Kings to the Brooklyn Academy of Music. Richard II, Henry IV Parts I & II, and Henry V are all being performed through May 1.

MrB and I were invited to a benefit lunch and a special performance of Henry V on Sunday. 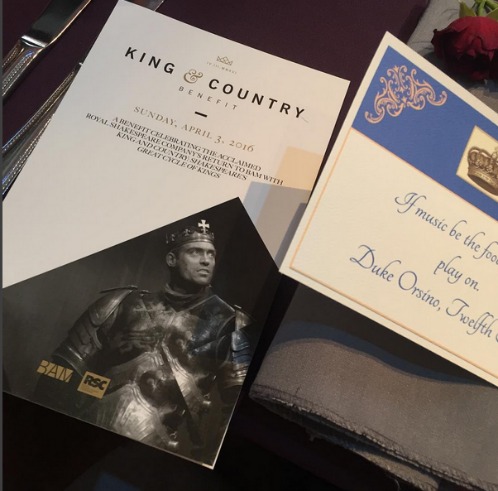 The lunch was in the beautiful BAM Lepercq Space. 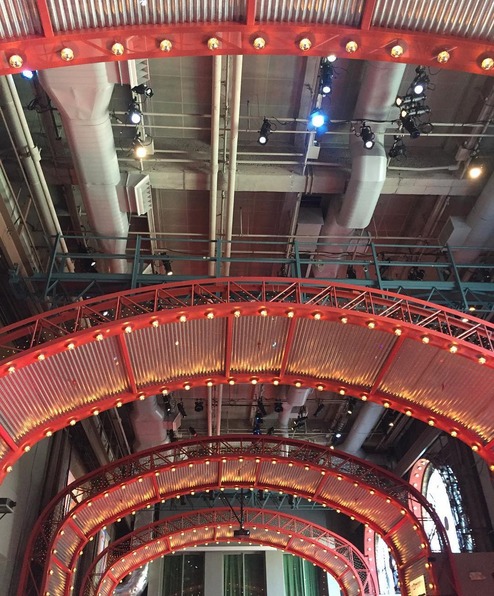 The table setting was pretty. 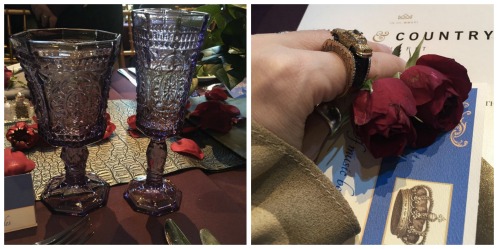 I couldn’t resist taking the little roses with me after. 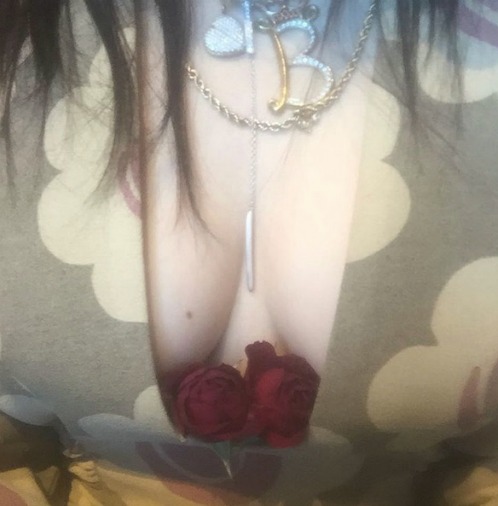 Then I sneaked a photo of the stage before the performance began. 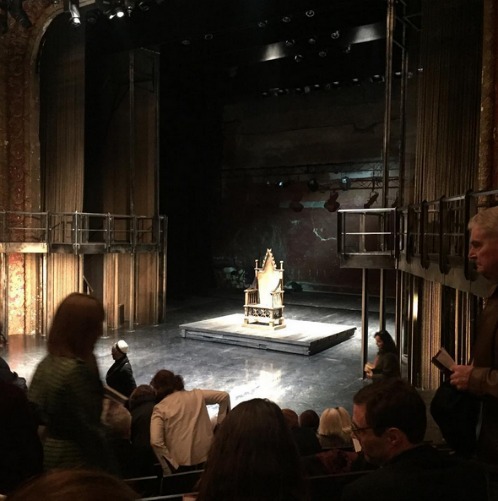 Henry V is the last play of this particular cycle, and Sir John Falstaff — Shakespeare’s most famous comic character and a major player in both parts of Henry IV — doesn’t appear in it. (Falstaff is also a main character in The Merry Wives of Windsor.) Instead of seeing Falstaff on stage in Henry V, we get other characters talking about Falstaff’s illness and death. The fictional Falstaff is a friend of Henry’s dissolute youth, always getting Prince Hal — as young Henry is known — into trouble.  When Prince Hal becomes King Henry and faces up to his responsibilities, he cuts off his rowdy pal. That makes sense for the plot, but I’m amused by the idea that Shakespeare may have had personal reasons for killing off Falstaff. Some people say that the character was specifically written for an actor named William Kempe (also known as Will Kemp), whose over-the-top improvisational skills made him the Robin Williams of the late 16th century. The theory goes that Kempe either left Shakespeare’s troupe or was kicked out for taking the improvisations too far, and, as a result, Falstaff was killed off. Anyway, I really should try to see the Henry IV plays, because Charles Isherwood, the New York Times reviewer, calls Antony Sher’s Falstaff “one of the greatest performances I’ve ever seen.” Wow!

I wore an Ossie Clark dress to the lunch and play, because I wanted an English design with an Elizabeth I-worthy décolleté. 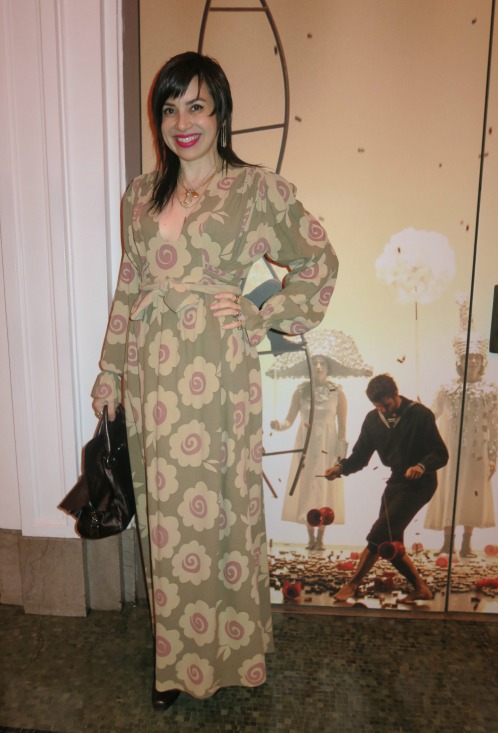 I felt especially queenly in this photo because of the guy bowing to me in the background. Thanks go out to our friends Barbaralee Diamonstein-Spielvogel and Carl Spielvogel for inviting us to this great day of theater!

You might also like
I'm Thankful for the Committee to Protect Journalists
Wednesday's Video: The Golden Globes and Your Vote
It Ain't Over Till It's Over! Be Inspired by Survivors.
Previous Post: « Vintage Moschino That Could Free the Nipple
Next Post: I Stand With Marla Aaron »