Once again, I missed something great on 1stdibs.com. Check out this topless jacket by Moschino! 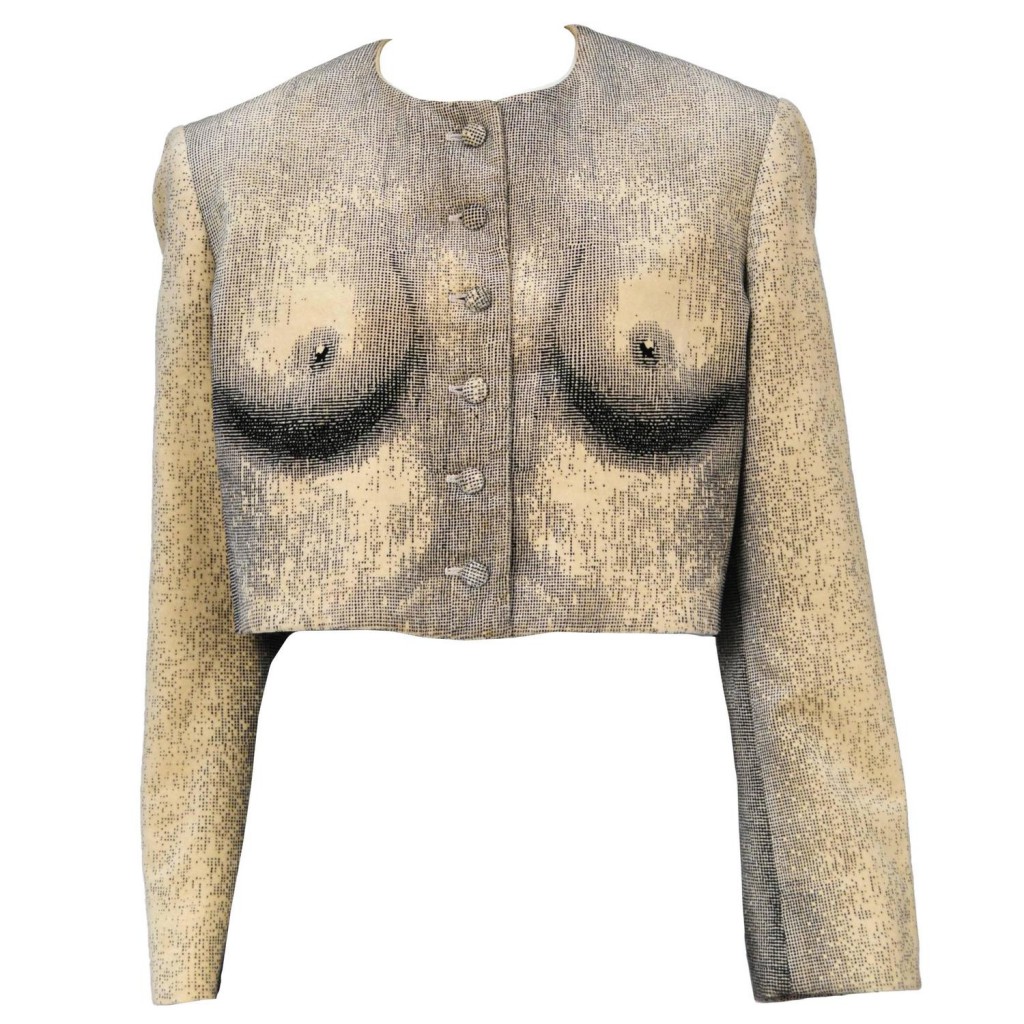 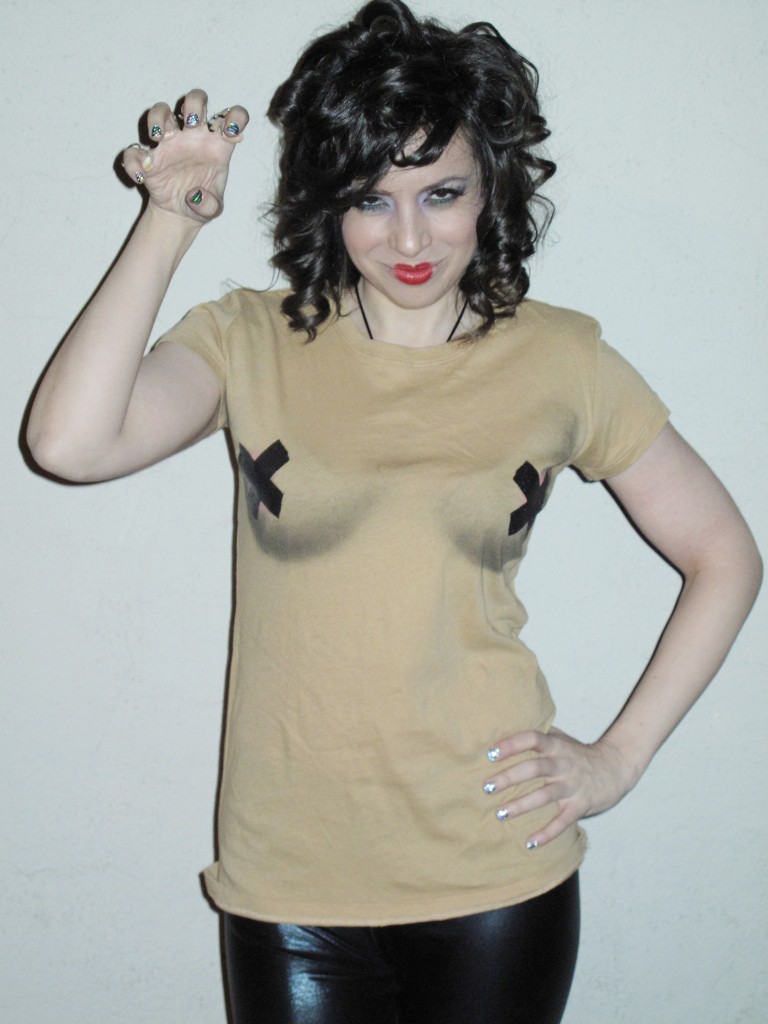 This reminds me that I’ve been meaning to make some platinum nipple jewelry. Note to self!

UPDATED TO ADD: I can’t BELIEVE I wrote about this with no mention of Vivienne Westwood’s iconic 1970s “Tits” t-shirt, famously worn by punk goddess Siouxsie Sioux as well as many punk dudes. 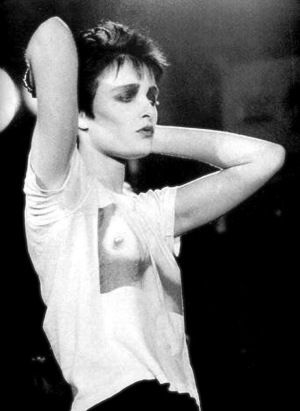 My shoe-designing friend Terry de Havilland was the one who reminded me of the long history of the titty top. The Look blog has great information on this, reporting that tits-on-a-tee didn’t start when Westwood’s partner Malcolm McLaren found a boobacious t-shirt in a novelty shop in New Orleans in 1975. Janusz and Laura Gottwald, students at Rhode Island School of Design, made a tits tee back in 1969 (and drummer Charlie Watts of the Rolling Stones can be seen wearing it on the cover of the 1971 live album Get Yer Ya-Ya’s Out.) At the very same time, in London, artists John Dove and Molly White were doing a tits tee of their own. It was an incident of multiple discovery! (It was Dove’s and White’s Wonder Workshop that Terry pointed me to.) One thing I like about the Dove-White shirt is that the model is known: it was Pat Booth’s enviable torso, photographed by her boyfriend John Wedge, which was silkscreened onto a t-shirt. 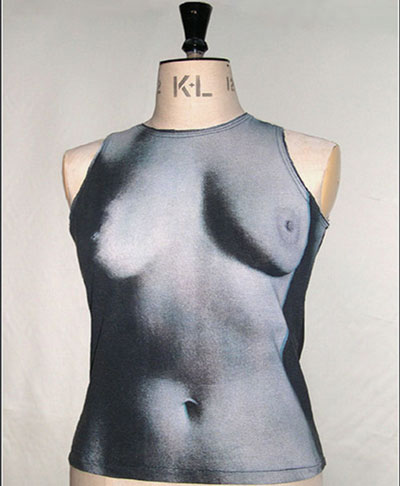 Pat Booth on a t-shirt.

According to John Dove, Westwood and McLaren saw the Wonder Workshop shirt in 1974. So there you have it:  the long and winding history of topless tops.  Now I’m going to get lost in the Wonder Workshop site for a few hours! I mean … my almost-husband Paul McCartney in a strawberry jacket! This is a goldmine. I think John Dove and Molly White are my new obsession.