Devastating! Another icon gone too soon.

Just yesterday, I’d been reassured about Prince’s health after reading that he’d appeared before fans on Saturday to show them that he was okay after being hospitalized for the flu. I was checking up on him because of a blind gossip item that seemed to be about him, claiming he was at death’s door. I thought, “This garbage is always wrong. Let me prove it’s wrong.” I was happy to take the fact that he was up and about as a good sign, but perhaps I should have taken this statement that he made at face value: “Wait a few days before you waste any prayers.”

It was hard enough that Prince’s protege Vanity died in February; like Prince, she was only 57 years old.  I felt like I lost an important part of my past with her! Now, for Prince himself to die … well, it consoles me a little to imagine Vanity quickly painting the pearly gates purple, so that Prince can dance through in style.

I’m pretty confident that Prince really lived, literally right up until the end. The man gave his last concert exactly one week ago.

UPDATED TO ADD: Prince had fashion sense like no other. Check out the 45 photos Billboard has put together.

UPDATED AGAIN TO ADD: Here are some interesting links.

The women in Prince’s life:

Why we grieve for artists and why that’s okay: 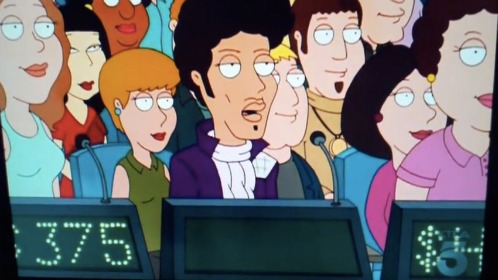