MrB and I held our New Year’s Eve dinner for friends at Narcissa, the restaurant at the Standard Hotel in the East Village. As planned, I wore a new-to-me, secondhand dress that I got because of its Klaus Nomi-esque shoulder pads and V-shaped sheer panel in the front.

What Wendy Wore
Dress: Brian Lichtenberg (purchased in 2015)
Boots: Prada (2013? I forget because they’ve never made it into a photo!)
Jewelry: My own designs

Julie Matos, my superstar-hair-stylist friend, found this dress for me on the vintage/consignment racks at Bond 07 by Selima. I wondered if it was an artifact from the big-shouldered 1980s, but Julie pointed out the big exposed zipper in back was modern. I finally checked the label tonight and discovered that the dress is by modern designer Brian Lichtenberg! Favorite jewelry customer Britney Spears and Ashley Tisdale both wore it in hot pink in 2012.

After Julie did my hair for New Year’s, she gave me a birthday gift: a DayGlo pink bomber jacket from Patricia Field. She knows that I’ve been a fanatic for DayGlo since the ’80s. I decided the ’80s-style jacket would work well with my ’80s-style dress, and that the casual style of the jacket would make for an interesting contrast with the rest of the look. 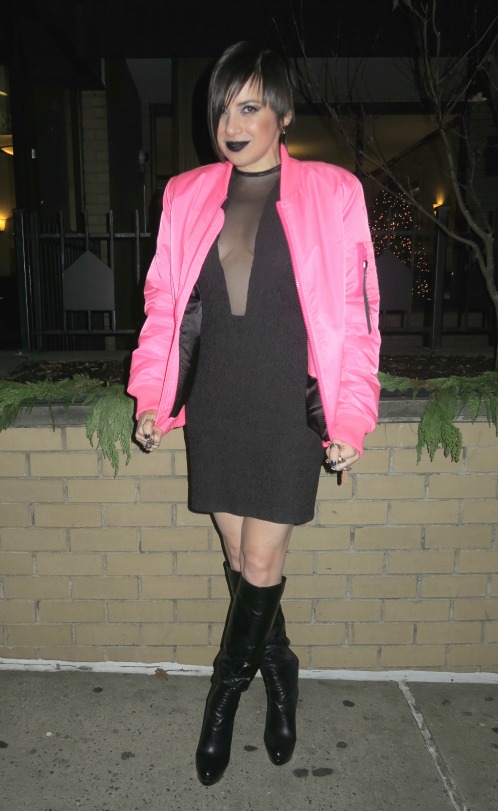 Now that I’ve seen the pink version of the dress, I feel like the pink jacket was meant to be. That dress wants to be around pink!

For my hair that night, Julie and I returned to the series of ponytails worn faux-hawk style that she did for a party in December. To change it up a little, she didn’t loop any of the ponytails over. 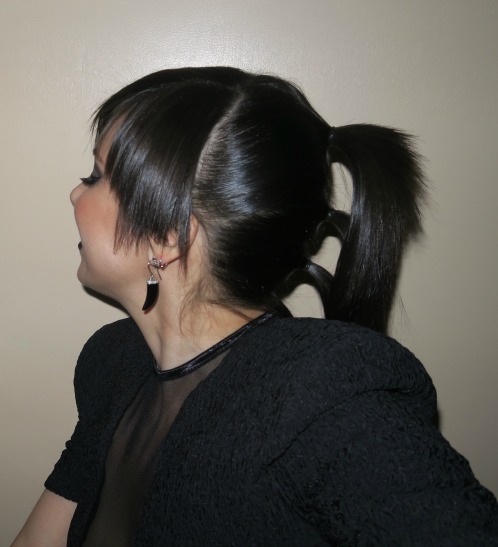 That single onyx earring used to be a pendant.

If you’re looking for a hairstylist in New York, Julie works at the Warren-Tricomi salon at the Plaza. Don’t be scared: She does a lot more than faux-hawks. Traditional updos, mermaid waves … whatever you want, Julie can do it. 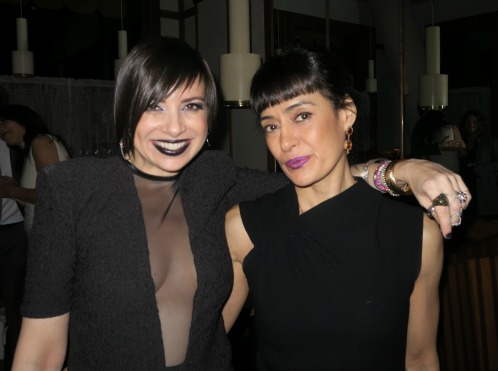 Julie joined us at Narcissa to ring in the New Year.

With Klaus Nomi on my mind, I wore black lipstick. This is Kat Von D’s liquid lipstick in Witches. 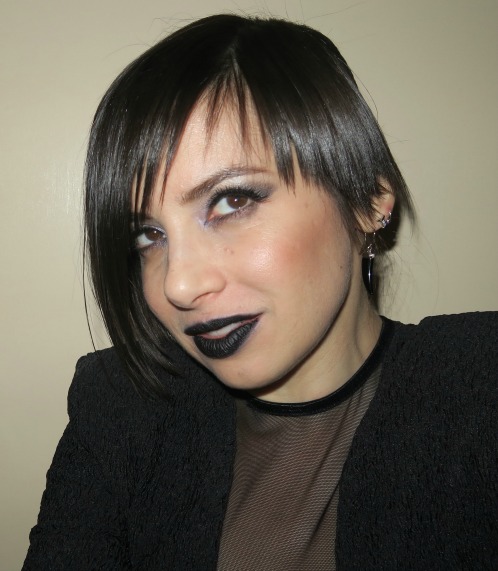 All my gorgeous guests looked as fabulous as always, but I have to give a special shout-out to my friend Jesse for his chic jacket! 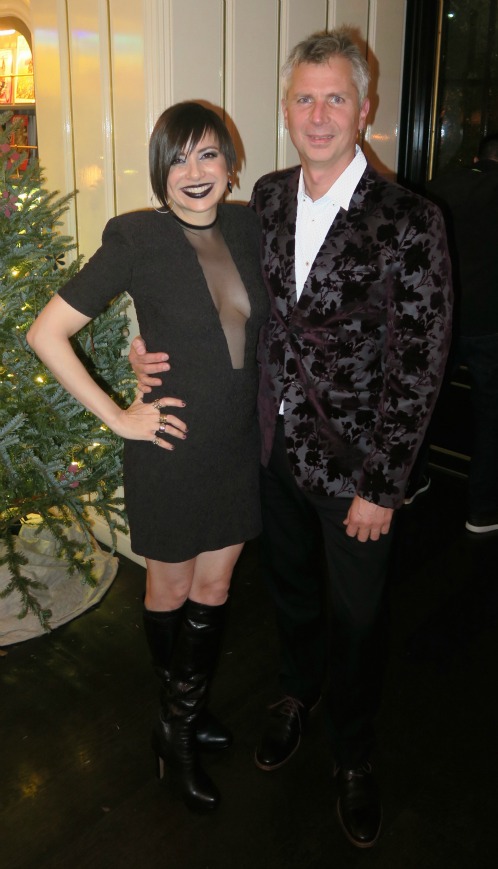 I want MrB to get one too. Hmmm. If MrB and Jesse wore their jackets out together, could I pass them off as my backup singers? I’ve always wanted a couple of handsome backup singers. 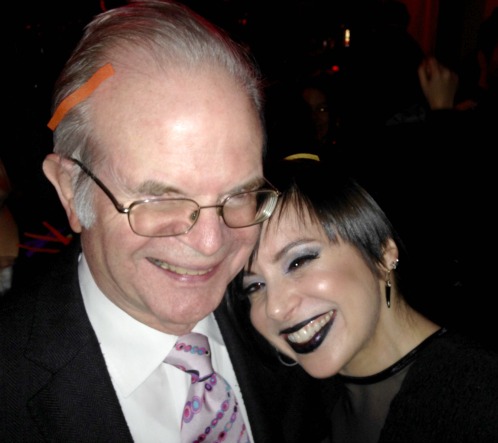 I hope your New Year was happy!