As legend has it, Cape Sounion in Greece is the spot where the Aegeus, the king of Athens, leaped to his death from a cliff. He was awaiting news of his son Theseus’s fight against the Minotaur, a vicious half-man/half-bull monster that lived in the Labrynith on the island of Crete. If Theseus was successful and killed the Minotaur, his ship was supposed to hoist a white sail on its way back. If he was killed by the Minotaur, the sail would be black. Theseus was successful, but he forgot about the white sail, so his father despaired and jumped. He wound up giving his name to the Aegean Sea.

The moral of this story: Attention to detail is everything!

There are no sad kings at Sounion now, but there is the ruin of an ancient temple of Poseidon, god of the sea. It’s a good place to go to watch the sun set. 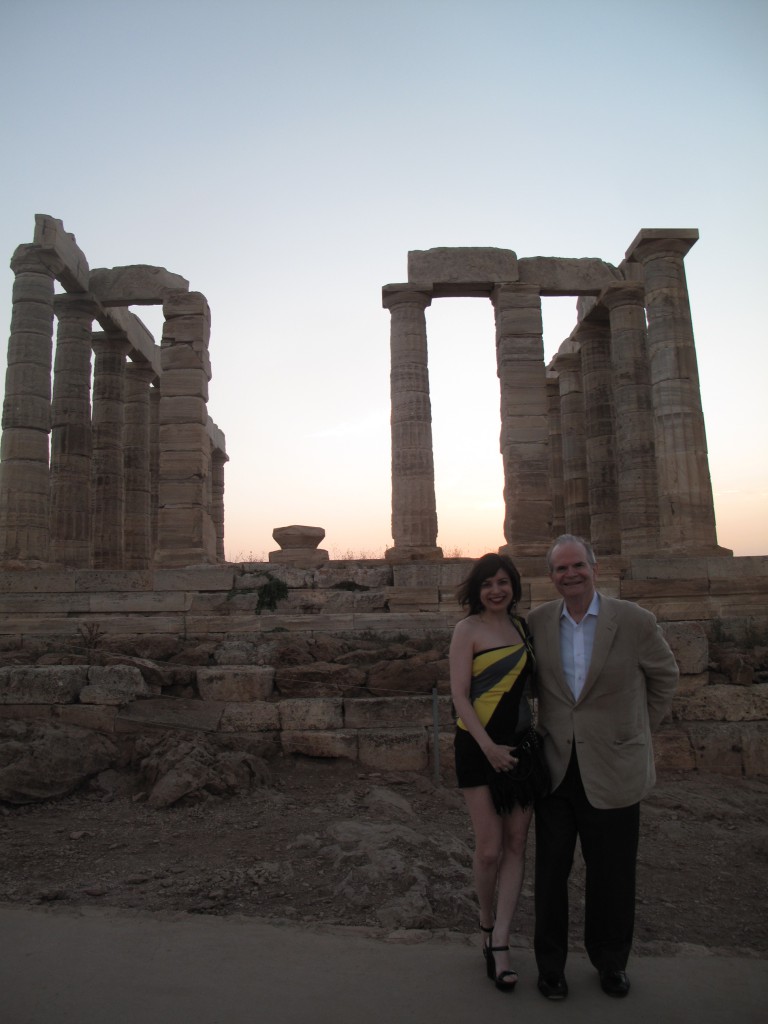 Me and MrB at the temple of Poseidon.