After Henry the Pekingese died last December, I wanted to get a pug. When that didn’t work out, I decided I wouldn’t get another dog for a while. But then, last week, I saw this face online. 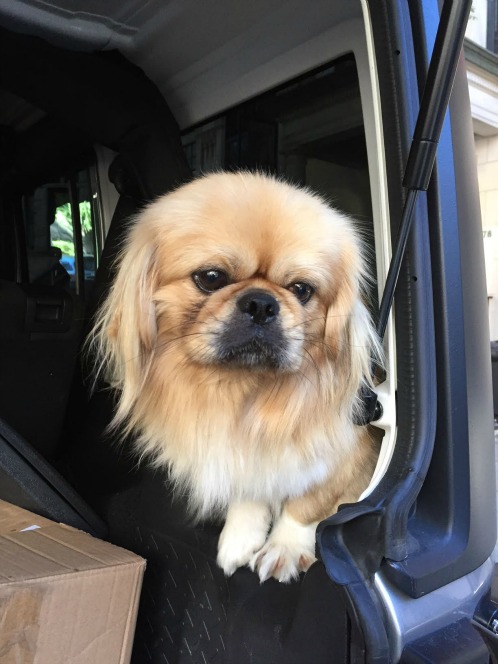 Cheddar the Pekingese was at Social Tees Animal Rescue, where I spotted a Peke in 2010. I always regretted not being able to get that Peke, so how could I resist this one? Cheddar is now in his new home with a new name. 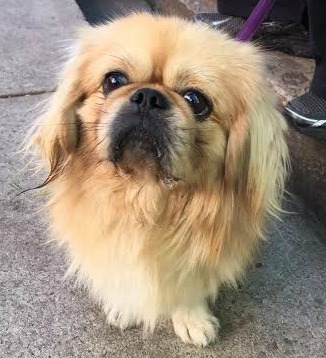 Edward (FKA Cheddar) is named for the one legitimate son of Henry VIII. Edward VI ruled England for 10 years, if you can call it ruling when a kid takes the throne at nine years old.

I’ve got a Tudor theme going with the pets. Henry, who I got in 2006 from the ASPCA, was named for Henry VIII because he, like the famous king, was chunky, red-haired and often sported a peevish expression. 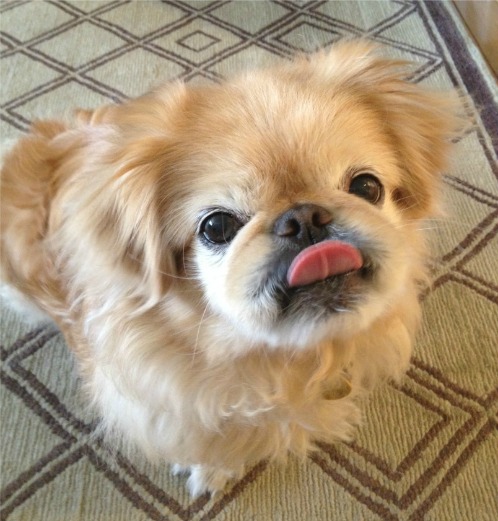 In 2012, FitzRoy the Exotic Shorthair cat came along, named after Henry VIII’s only acknowledged  illegitimate child, Henry FitzRoy. FitzRoy is Instagram-famous for sitting in a big orange bowl. 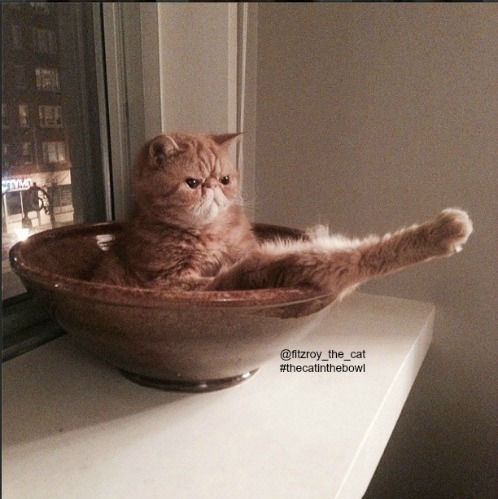 FitzRoy was my first cat, and I was so amused by him, I got another Exotic Shorthair in 2014. I explained Purrkoy’s name in his introductory post:

“One of my favorite Tudor anecdotes is about a small dog owned by Anne Boleyn, the second and most famous wife of Henry VIII. The much-loved pooch was named Purkoy, thought to be a variation of the French “pourquoi” or “why?,” appropriate for a breed with an inquiring expression/head tilt. The dog died by falling from a window (he might have been assassinated!) and people were so scared of Anne’s reaction that they went to Henry himself and made him break the bad news to his queen. The idea that the court was more frightened of Anne at that time than of the king, who was rapidly turning into a murderous tyrant, has always amused me, so I’ve kept the name “Purkoy” in the back of my mind for years. When I started looking for a new kitty I realized an extra “R” would make the name cat-appropriate AND it would rhyme with “FitzRoy.” Voila! Now we have Purrkoy.”

As for Gigi the dog, that was her name when we got her from a rescue in 2003, and she had enough problems undergoing without a name change. Besides, she predated the Tudor theme. 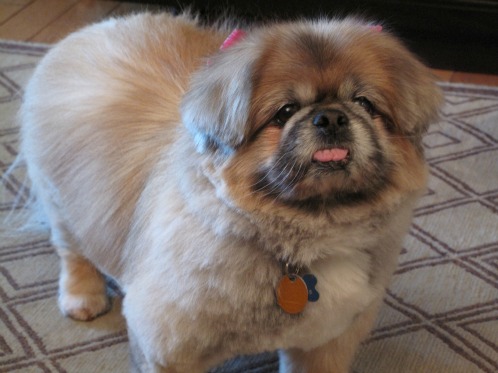 Edward won’t have an Instagram account. Gigi doesn’t either. Cats rule the Internet, so only the kittehs have IG. FitzRoy will continue to be the spokescat for all canines.

You might also like
Word to the Wise
The Best Press Release of All Time. OF ALL TIME!
Wendy Brandes Jewelry in Vogue Gioiello
Previous Post: « The Week in Review
Next Post: Thinking of Blazing Saddles at Bergdorf Goodman »