MrB and I went last night’s Gerald Loeb Awards, which, as the Loebs website explains, “honor excellence in business and financial journalism that both informs and protects the private investor and the general public.”

“Women too often these days hear about what that they CAN’T do — be the perfect mom, work a full-time job, be a good daughter, wife and friend.  I think that young women — and men — don’t hear enough that they CAN DO IT. Yes, there are rough edges.

But with the right support, I believe that it’s possible – and even preferable to – to combine it all. And to make it possible for others to follow.”

Rebecca gave MrB — and the Wall Street Journal culture during his tenure — a nice shout-out. Noting that “I was promoted every time I was on maternity leave,” Rebecca said:

“I remember going to Paul Steiger after learning I was pregnant with a third child, worried that it would push my career onto a slower track. I found myself apologizing and offering assurances I was still serious about my career. He cut me off and put me at ease with one simple observation: “I’ve been watching this for a long time. If you come back after one child, you will be fine. If you return after two, you may as well have 50.”

For some crazy reason, Rebecca stopped at child No. 3, instead of trying for 50.  Think of all the promotions she would have gotten if she kept going!

MrB and I were sitting at lucky table 22 at the dinner at Capitale with our friend Jesse Eisinger, a senior reporter at ProPublica, who won a Loeb for commentary.  (ProPublica is an “independent, non-profit newsroom that produces investigative journalism in the public interest” and MrB was its founding editor-in-chief.) As a bonus, our tablemates from KNTV won the Loeb in the video/audio category for their story, “Inside Sysco: Exposing North America’s Food Sheds.” 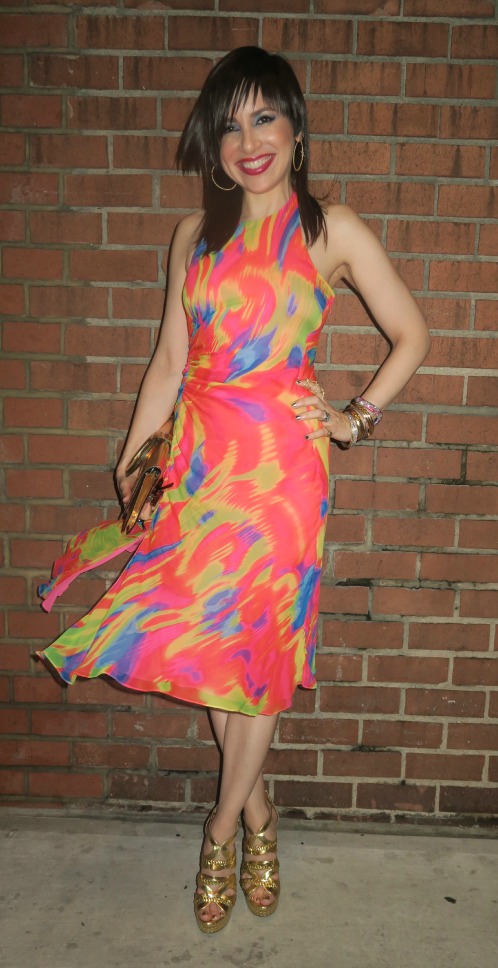 I loved the blue eyeshadow that makeup artist Josie Torres used on me, but Purrkoy the kitten wasn’t as impressed with my beauty choices. 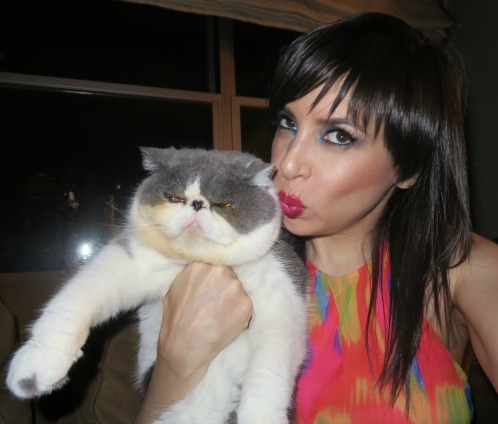 On the other paw, FitzRoy the cat was quite entertained by the lifetime achievement Loeb Award that MrB received in 2002. I took it off the bookshelf to show him. 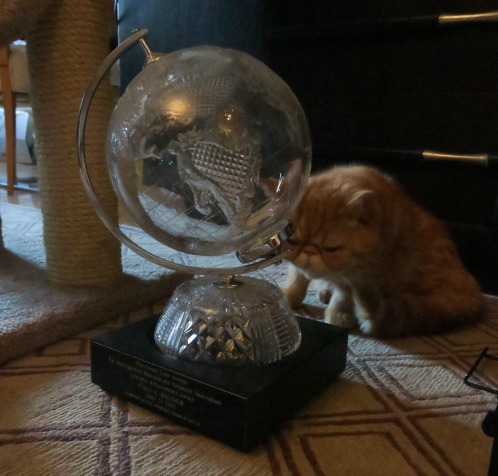