I visited a friend who works at Bergdorf Goodman (one of my favorite stores!) and had some time to kill while she finished up a dress fitting.

Libertine designer Johnson Hartig had been in the store last week for a trunk show and the clothes were still there.  I’ve always been interested in the line, which updates vintage clothes with crystals, studs, and silk-screened skulls and words. A lot of the pieces are one of a kind. This is the first time I ever tried anything on. If I recall correctly, this pink jacket with bracelet sleeves was by Lilli Ann, with embellishments added by Hartig. As you can see, I felt really good on it! 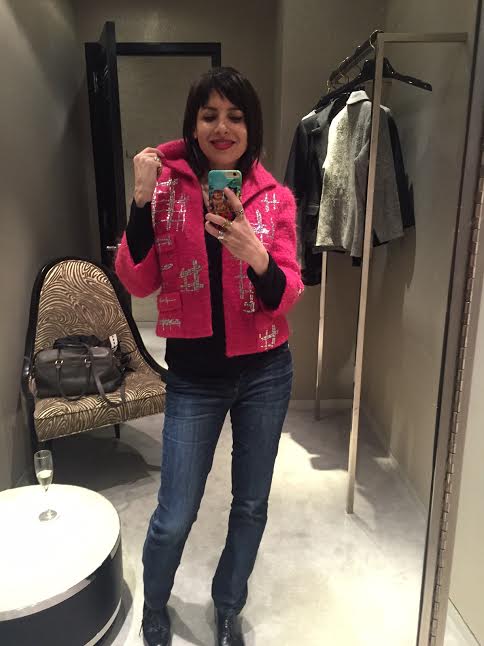 It certainly jazzed up that black J. Crew sweater I was wearing.

I also liked this Dolce & Gabbana dress with a single rose on it, though I was too lazy to try it on. 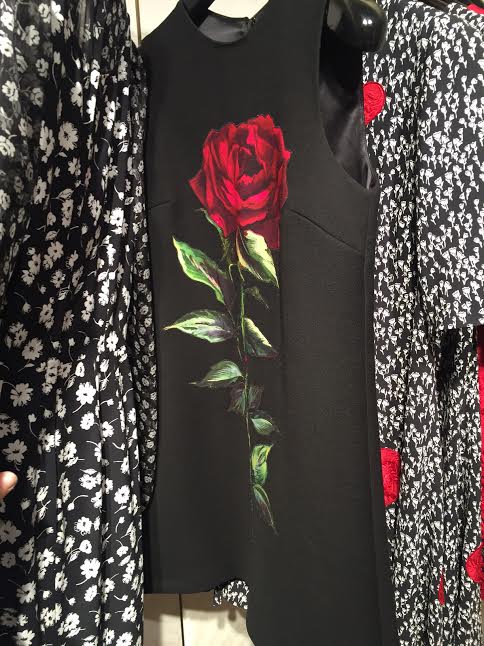 The dress made me think of a line delivered by Madeline Kahn as the Marlene Dietrich-like Lili Von Shtupp in the Mel Brooks movie Blazing Saddles: “A wed wose! How womantic.”

That quote probably leapt to mind because earlier in the day, I felt so tired that I told someone that I was “tired like Madeline Kahn in Blazing Saddles.”

You might also like
Throwback Thursday: One Dress in 2002, 2010 and Today
Having a Samantha Moment in a Stacy Lomman Dress
My Best Dressed at the Grammys: Hat-Loving Pharrell Williams
Previous Post: « Introducing Edward
Next Post: Get a Middle Finger Emoji on Your iPhone and Your Earlobe »