Rob Bates, news director of JCK Online, has been contemplating whether Amazon can succeed in the jewelry business. Amazon has had its eyes on jewelry since 2003.

I’m always thinking that I’ve got to clear out my thousands of old emails, but they came in handy today when Rob called me to find out how my 2013 experience with Amazon went. Obviously, I knew off the top of my head that it was a minor disaster, but it was strangely entertaining to see exactly how it went down, starting with the “cold-call” type of email; an explanation of the advantages; the rush to get online before they “closed the opportunity to new jewelry sellers”; and the “Professional Merchant account,” which was “only $39.99 a month.” If an item sold, Amazon would take a referral fee.

The Amazon rep said my jewelry would be presented to its “nearly 200 million active customers” in a way that would show off my brand:

“… you will get an about us page as well where people can see your logo, and learn more about the designer. You also are able to control your own storefront from images to messaging.”

“We also do everything we can to enhance your visibility and brand image. As I mentioned before, we give you the about us page to tell all of our Amazon customers who you are. We allow just about everything besides a direct link to your website. Images, about the designer, why your Jewelry is so great, etc. We want to increase your visibility as much as possible along with your sales.”

I would also be a part of a larger effort to make Amazon stylish. As my publicist later emailed me:

“The entire premise of getting on Amazon was to be on Amazon Fashion. He even demo’d the site with us on the phone …”

Here’s the type of thing that we expected to be a (small) part of: The Amazon Fashion promotion that I see right now on Amazon’s homepage.

I still procrastinated when I saw the paperwork that needed to be done to become a seller, but I finally decided to give it a shot with my emoji jewelry line. Those designs are moderately priced compared to my one-of-a-kind wearable-art pieces, and if I could sell a larger quantity of the emojis, I could move their manufacture overseas and get my costs — and prices — down further. But after I paid Amazon and uploaded the jewelry via a ginormous spreadsheet, my publicist and I were confused about how to access and create the “About Us” page or “Storefront,” as it was once called. I emailed my poor publicist:

“Okay, with Amazon, I still can’t understand where my ‘storefront’ is…where does my About info appear? I added my profile more than 24 hours ago and when I click on my name, I just go to a boring list of my products. I guess my minuscule logo will appear on that page shortly. So I need an explanation of how anyone browsing jewelry or searching directly for emoji, say, would find out anything about my brand. I’ve searched for it all different ways — for other designers too — and I can’t find anything, which says to me it’s not obvious.”

Ultimately, we discovered there wasn’t going to be a beautiful “About” page or storefront, nor would I be involved in Amazon Fashion. The customers – if they found my products — would see a list of search results same as they would if shopping for books, gym shorts or — as I mentioned to Rob of JCK — cat food.  I asked around and found another small jewelry company, like mine, that had tried Amazon, to see if I was doing anything wrong. I admitted, “I’ve only had five sales in a couple of months,” and the designer was impressed because he had had none.

My publicist bugged the Amazon rep, who replied:

“The Jewelry Category manager is who we need to speak with here. However, it seems like a great solution to all of her problems below would be something called Fulfillment by Amazon. Amazon houses these Items for her, ships them, gives the customers free two day shipping, and would have Wendy showing up MUCH higher in all search results. Prime would be fantastic for her, and also start to prove she is a great seller for our category manager. This is also beneficial because it shows Wendy as the seller, and Amazon as the company who is shipping it. The pricing is very comparable as well. Does that make sense?

Regarding the category manager, I do know where you and Wendy would like to be. And I also would love to see you there next to all of the featured brands. Everything we are doing right now are steps to get there, and steps to have an argument to support you guys. Your website is highly ranked, her Jewelry is popular, and if you guys are getting sales and using Amazon Prime/FBA then I would have a great argument!”

“Fulfillment by Amazon” sounded a lot like “consignment” to us. The inventory would be out of my hands and I’d be paid if it sold. As for being a part of the featured brands, my publicist interpreted it as, “… he’s saying that to become ‘attractive’ to the the Amazon Fashion team you have to sell more and the only way THEY promote you is through their search terms and algorithms. It’s a big catch-22/BS deal that I don’t think is worth exploring for much longer …”

I got the pitch in April and was out by August! There was too much labor; too few sales; it was too difficult to get in touch with with a rep; and, most of all, my publicist and I both felt there had been a bait-and-switch about how my brand would be represented. (Big props to my diligent former publicist for putting many of the emails into one big reference document; I’m not naming her in case she has to work with these folks again!)

Now, however, I feel like I didn’t express myself quite right today when I told Rob of JCK, “Who wants to buy jewelry in the place where you buy your cat food?”  JCK is for the trade, describing itself on its website as “a one-stop resource for everything retailers, manufacturers, designers, and other industry insiders need to know about the fine jewelry business now.” When I speak to JCK, I’m always speaking to other people in the business, not customers, so I really should have said, “Who wants to sell jewelry in the place where you buy your cat food?” That’s a question that a small, prestige brand like mine needs to consider before doing anything like this. It’s totally cool for you customers to buy jewelry wherever you like if you’re looking for low prices! I’ve personally sent people to Walmart for cheap diamond studs. And if you happen to go to Walmart to pick up some earrings because of my recommendation, will you let me know if they carry Science Diet dry food for adult indoor cats? I’m shopping around for the best price on the 17.5-lb bag. 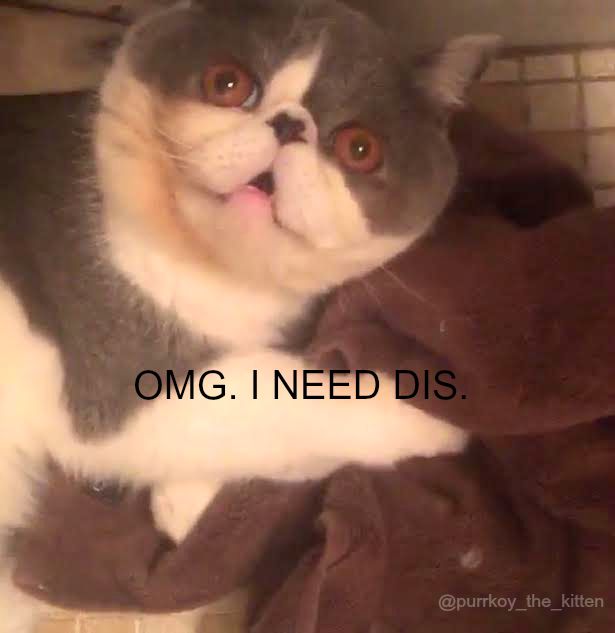 You might also like
Turquoise and Sunshine for Summer and Beyond
Fauxlanthropy From Chevron
The Thrill of the Chase, the Art of Kintsugi
Previous Post: « Wanderlust 2015: Feathers Flying in St. Tropez
Next Post: Throwback Thursday: Vegas Memories From Adornmentality »