I went to a party last night and, as you might have guessed from yesterday’s post, I wore my vintage Zandra Rhodes dress/caftan.

Hair-styling goddess Julie Matos of the Warren-Tricomi salon put a lot of thought into the right ‘do for my outfit. Zandra is famous for her bright pink hair …

… and Julie also took note of the towering hairstyles on the models in one of Zandra’s 2006 runway shows.

She combined the two ideas to give me a pink updo. 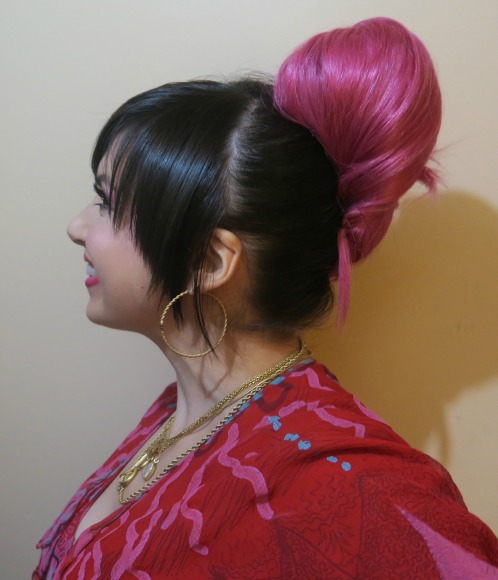 Here’s how it looked from the front. 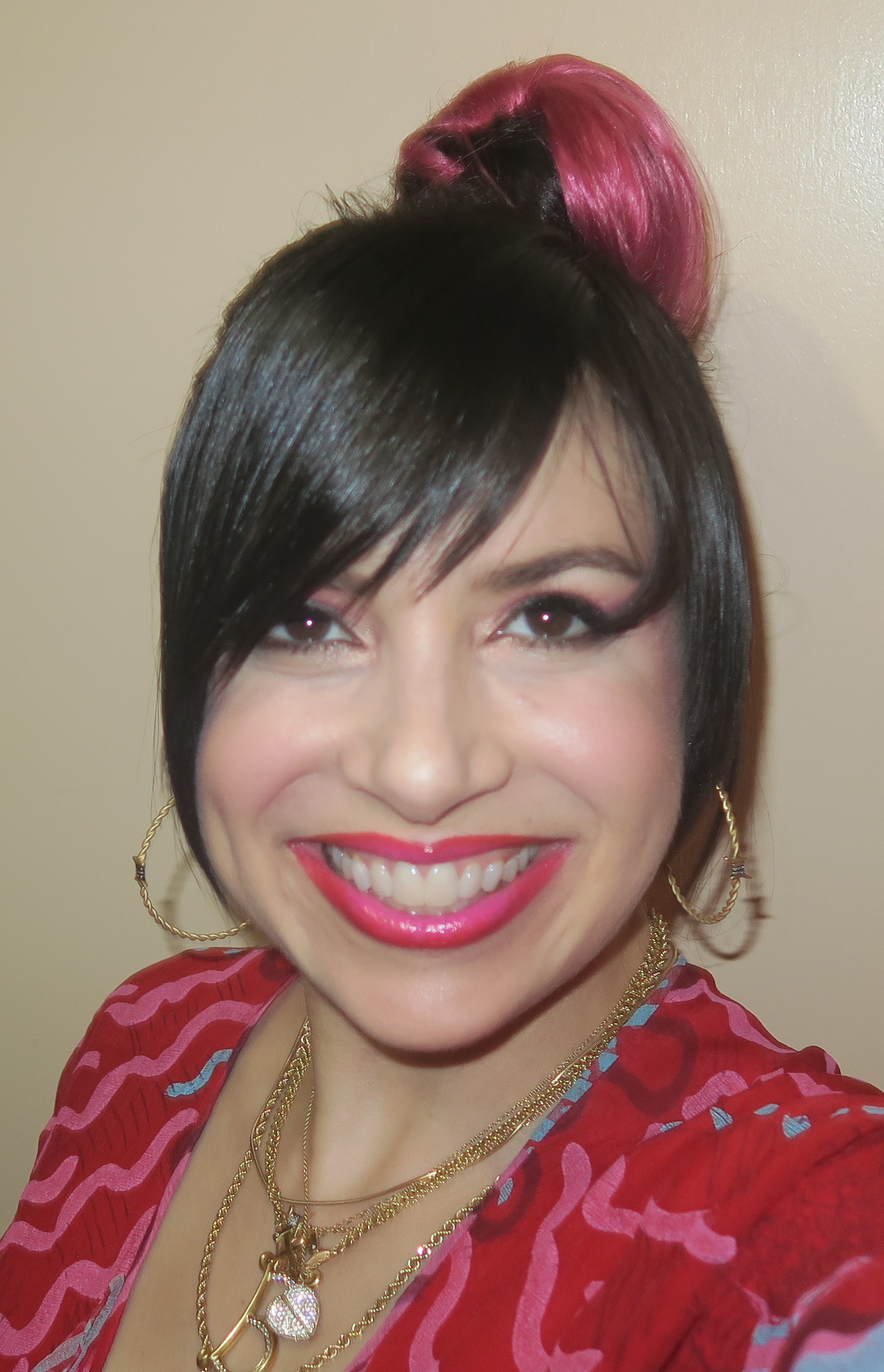 And here’s the full look.

My designing friend Stacy Lomman came to the party with me, wearing a corset and skirt from her own Spring 2013 collection. We were a colorful pair.

Conventional wisdom says that gentlemen prefer blondes, but it seems to me like they’d rather think pink. I received all kinds of (polite) compliments on my hair last night. Stacy and I decided that it’s because pink is such a cheerful color. Maybe that’s why Zandra Rhodes has stuck with it so long. Pink hair: the unnatural anti-depressant!

The particular pink hairpiece I was wearing has an interesting provenance: Julie saved it from an early ’90s Chanel haute couture show that she worked on (we’re scouring YouTube to figure out what year it was). The hairpieces for the show were specially dyed to complement the clothes, and all the biggest supermodels were on the runway. I feel like my hair is famous by association!