At the beginning of this month, I went to my friend Shawn Love’s one-woman play, My Private Revolution. Shawn describes her work as “a rhythmical and powerful journey addressing social issues and celebrating the power of individual choice. It’s about overcoming abuse and finding healing and forgiveness. A thought-provoking, transformational and heart-wrenching play filled with drama, music and dance.”

I’m so proud of Shawn for putting this together: writing the script, finding the right people to work with, raising funds and performing. If you want to support an emerging artist, the next shows are this Wednesday through Friday at 7 p.m., and Saturday and Sunday at 2 p.m. The play is at the Davenport Theater at 354 West 45th Street between 8th and 9th Avenues. You can buy tickets at the box office before the show, or if you’re going with a group, you can buy tickets here.

After we saw Shawn’s play, we walked by the theater showing Kinky Boots, and I took advantage of the opportunity to pose as Lola the drag queen. 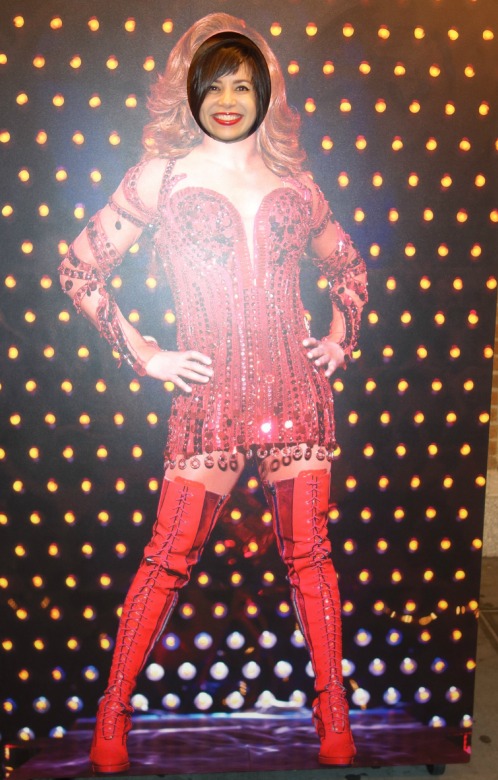 In reality, I wasn’t wearing anything quite so interesting, though I am very fond of my pre-2005 hairy, purple Versace jacket. 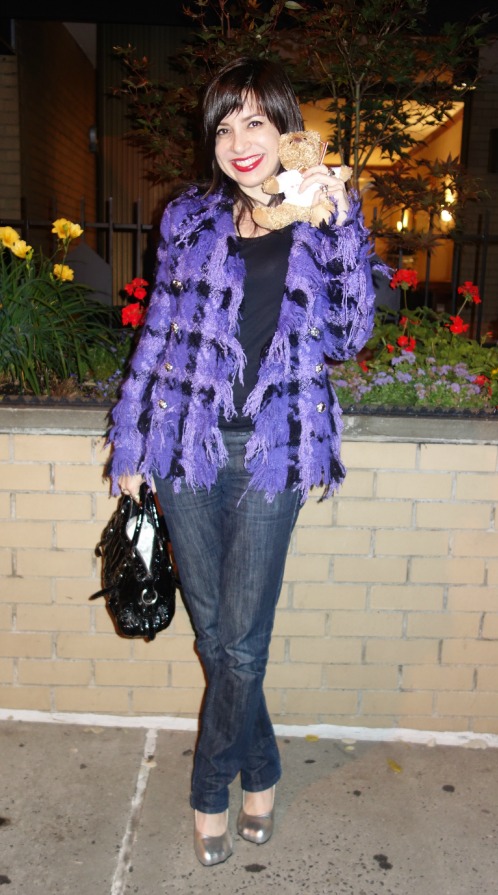 I’ve worn this jacket a lot, though I was most fanatical about taking photos of it in 2010. 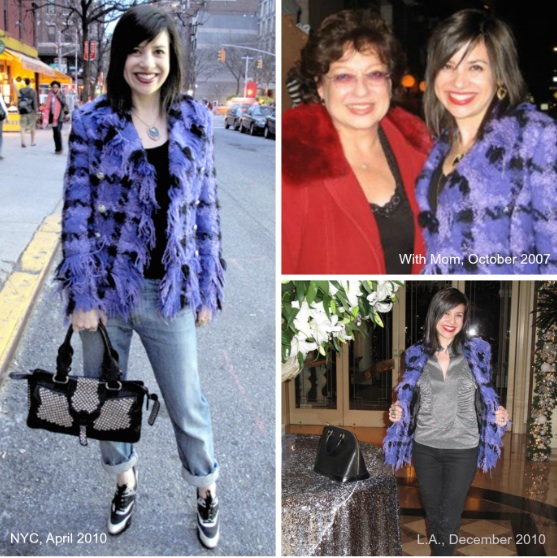 I dressed up more for dinner in honor of my gorgeous mother BarbaraB‘s birthday at Cafe Boulud this Saturday, but I still didn’t get to Lola-worthy levels.

Like the New York City nightclubs described by Bill Hader’s Stefon character on Saturday Night Live, this dress has everything: barbed wire, scissors, screws, razor blades, studs, safety pins and brass knuckles! Plus an oversize zipper that amazed my father. 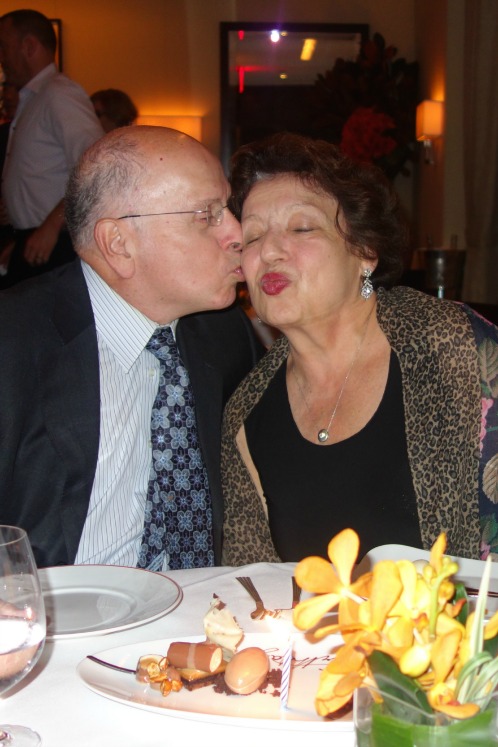 Mom and Dad smooch at the birthday dinner.

When I came home from dinner, I realized I had missed Stefon’s return to SNL! Thank goodness for YouTube.

I found the line, “That TV channel at the hotel that’s like … about the hotel” to be particularly highlarious. I’ve always been weirded out by that channel, especially because it seems like the remote is deliberately hidden somewhere to prevent you from turning it off. Congrats on the pregnancy, Stefon!