It was 20 years ago today that Pulp Fiction was given a wide release. Time flies when you’re a bad motherfucker! 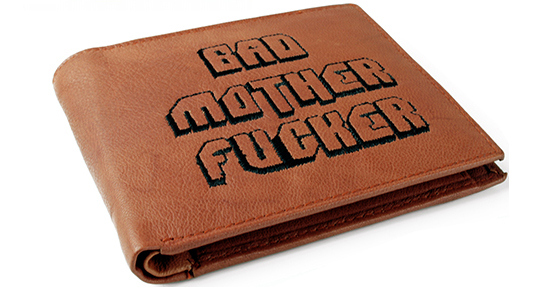 The movie was the first independent film to gross more than $200 million. When it came out, critic Roger Ebert gave it four stars and called the screenplay (which won an Oscar) “so well-written.” More recently, Vanity Fair summarized Mark Seal’s story on the making of Pulp Fiction this way:

The “shot of adrenaline” is a reference to the scene that became notorious when it supposedly caused a man to faint during the movie’s screening at the New York Film Festival.

If you want to pay tribute to that scene with your earlobes, I’ve got the perfect studs for you. 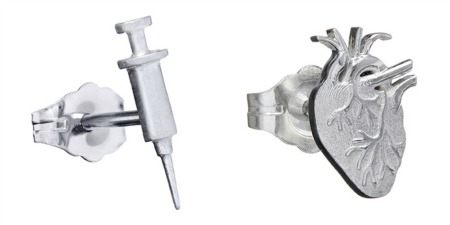 Hey, it’s better than expressing your Pulp Fiction love with a watch!

Rolling Stone has organized interesting facts about the movie into an A-to-Z list here. And New York Magazine’s Vulture blog has a lengthy interview with Steve Hibbert, who played the masked sex slave known as the Gimp. I feel like a Gimp expert now. I’d rather think about blueberry pancakes, so here’s a great scene that doesn’t get as much love as some of the hilariously violent ones: pancake-loving Fabienne (Maria de Medeiros) talking to her boxer boyfriend Butch (Bruce Willis) about pot bellies and oral pleasure.

Now I’m thinking of all the other great Pulp Fiction moments I’d like to mention here. There are too many! If you haven’t seen Pulp Fiction (to my amazement, I’ve met people who haven’t!), do it: It’s a modern classic. If you’ve already seen it, watch it again! And again! This movie is like pie. To partially quote Fabienne, ” Any time … is a good time for pie.”