I’m shocked and saddened to read that Simone Battle, an X Factor finalist who went on to become part of the group G.R.L., has died aged only 25. The cause of death hasn’t been officially confirmed but TMZ is claiming it was a suicide by hanging — the same as Alexander McQueen, L’Wren Scott and Robin Williams, all of whom I’ve also regretfully memorialized on this blog.

When I wrote about Williams, I said I disliked it when people totally unrelated to the sufferer called suicide — the worst outcome of the disease of depression — a selfish act.  I’ll just repeat what I said then:

“…it seemed the general public had an idea that repeating the “selfish” accusation at every opportunity would somehow make all depressed people ashamed to act on their urges. However, you can’t shame folks out of depression or bipolar disorder any more than you can shame them out of diabetes or cancer.”

If Simone did indeed kill herself not even a month after Robin Williams’s death, I’d say that’s a pretty good indication that the many people who flung around the word “selfish” about him didn’t do anything to deter Simone. So, again, I’ll say:

“Because “selfish” doesn’t help anyone who is suffering but does make the speaker/writer feel superior, using that word about the suicide of a total stranger is literally the definition of selfish. Just don’t do it.”

The five-member group G.R.L. was started as a reboot of the Pussycat Dolls before it evolved into its own identity. I was aware of G.R.L. but took a more personal interest in it after a stylist for Cosmopolitan used my G, R and L letter rings for a shoot with the group that ran in this March’s issue. Member Emmalyn was the one who wore my rings, but the thing that I liked the most on that page was a quote from Simone on her “best love lesson.” She said:

“Don’t look for the perfect man. Just eat the chicken, and spit out the bones.” 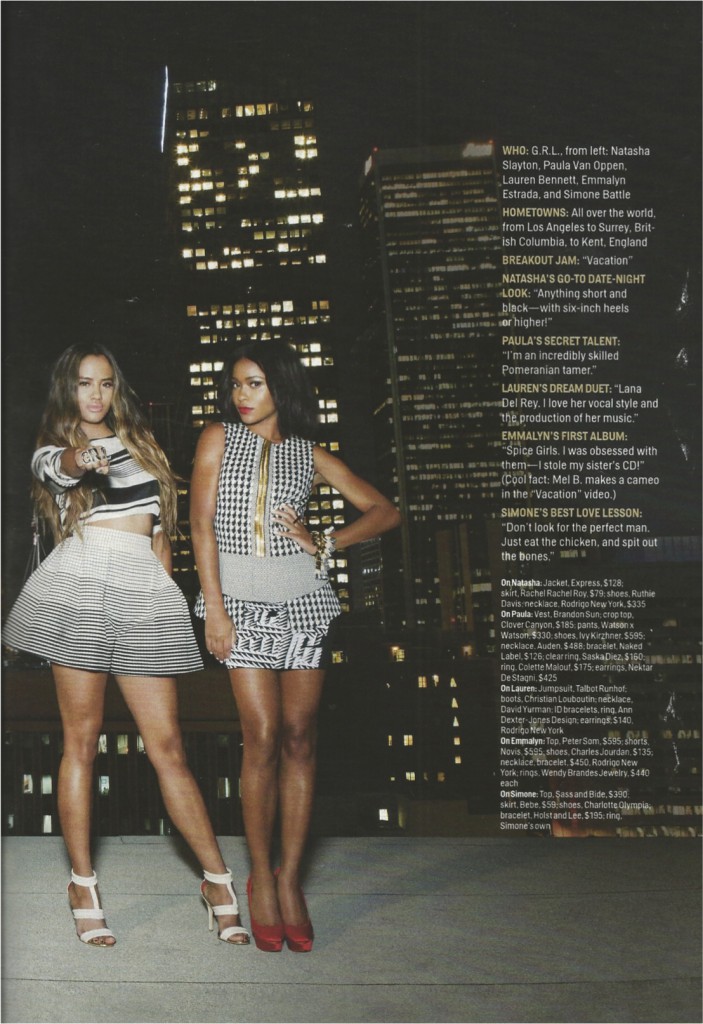 So hilarious and true! I still want to embroider that on pillows to give to all my female friends.

Simone Battle — funny, talented and gorgeous, and gone much too soon.

You might also like
RIP, Henry the Dog
Recommended Reading and Week in Review
Elizabeth Taylor: A Diamond's Best Friend
Previous Post: « Who Wore It Best: WendyB or a Kardashian?
Next Post: The Week in Review »