I’m so saddened by the news of actor John Mahoney’s death this Sunday! Mahoney co-starred in Frasier during the sitcom’s entire 1993 to 2004 run. His Marty Crane was the down-to-earth, dog-loving father of fastidious, social-climbing sons Frasier (Kelsey Grammmer) and Niles (David Hyde Pierce) — an ex-cop who was a source of conflict from the moment his eyesore of an easy chair was moved into Frasier’s pristine apartment in Episode 1.

I’ve had many nights of insomnia during which I’ve finally given up on sleep, turned on the TV, and watched four episodes of Frasier in a row (Oh, those elusive first and last episodes! I get so excited when they’re on.) Last night, I confessed to MrB that I felt very emotional about Mahoney, saying, “He feels like family.” MrB said, “No wonder, you’ve spent more time with him.” Ooh! Burned by MrB! All I will concede is that over the past 10 years, when I’ve been awake between 2 a.m. and 4 a.m., the Cranes have been frequent and excellent company, making me quietly laugh out loud many times. It wouldn’t have been the same without Marty, and his little dog too. 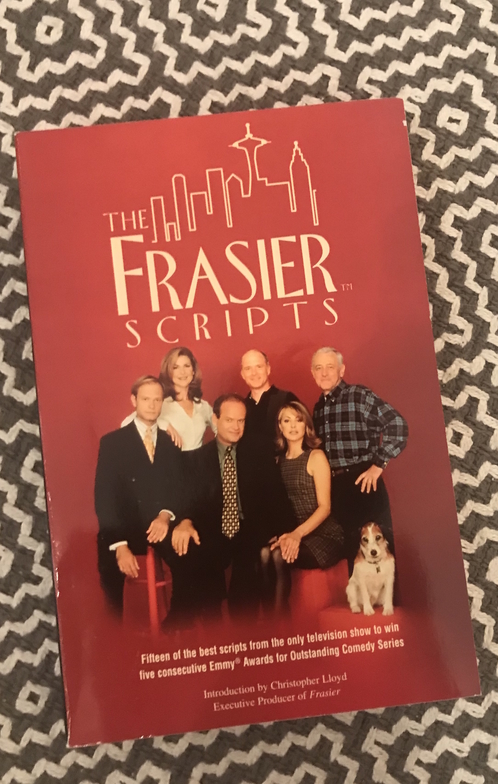 You might also like
Meet the Real Andrew Cuomo
Celebrating Joan Rivers
Role Model: Auschwitz Activist Róża Robota
Previous Post: « The Week in Review
Next Post: Wednesday’s Video: Behind the Scenes at the Photo Shoot »