The highlight of my Labor Day weekend was supposed to be a Neil Young concert tonight, with the awesome Patti Smith as the opening act. Unfortunately, Neil’s Crazy Horse band guitarist, Frank “Poncho” Sampredo, injured his hand, so all of Neil’s shows were cancelled. I’m so disappointed, especially because I have a big-ass celebrity crush on Neil. A crush on both young Neil Young …

I don’t care what anyone says. Genius is always sex-ay to me. Also, how can I not love a guy who did a song called, “Dirty Old Man”?

Now that I’m not getting any musical thrills, I’m kind of wishing I was at the beach, rather than at home, trying to get a lot of work done. So here’s a throwback photo to Labor Day 1999, when I was at the beach. 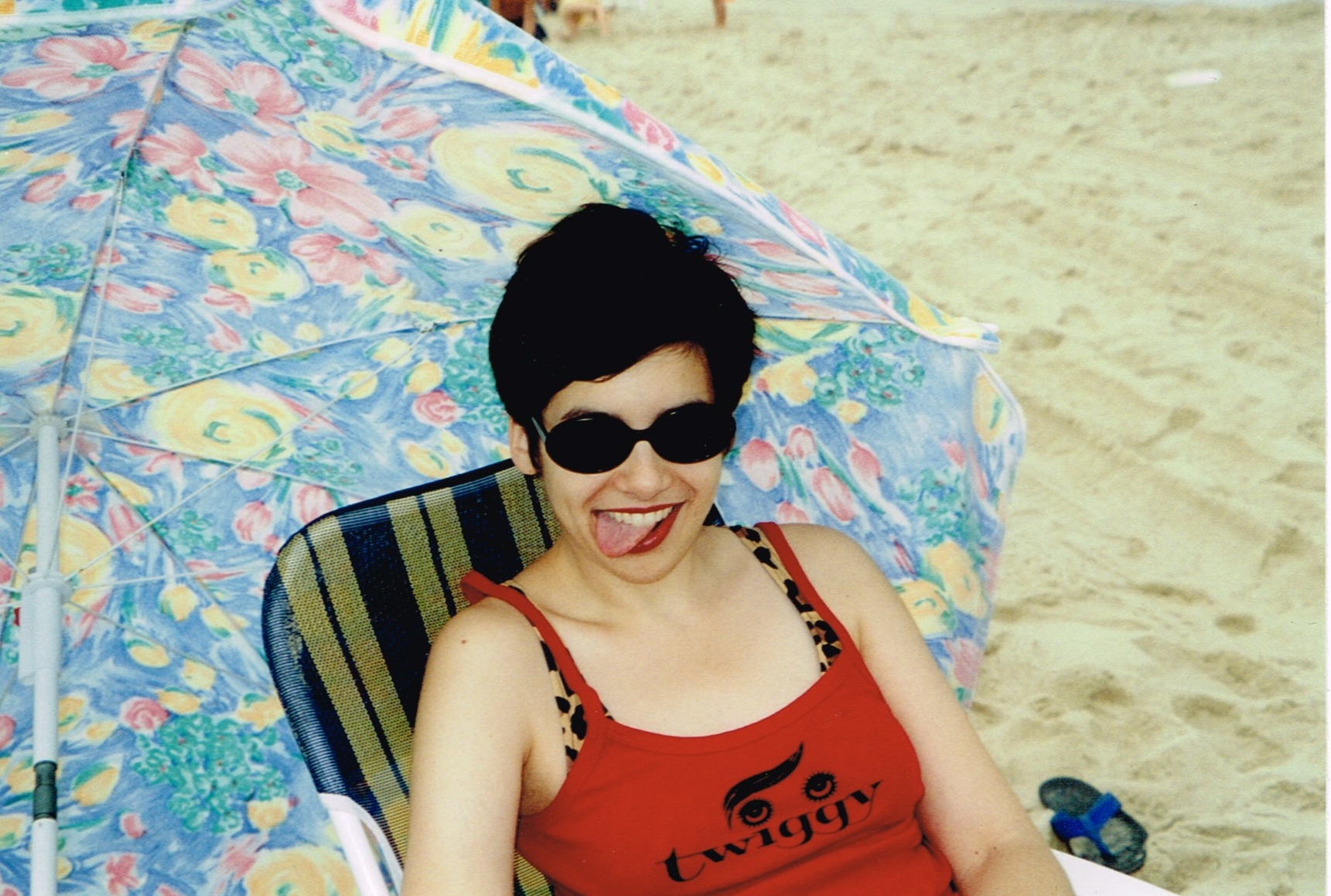 I remember those sunglasses. They were Armani and I looked at them in the window of the optician’s store for months while I saved up enough money to buy them. I wound up wearing them for years.

Hope y’all are either having a lot of fun … or getting a lot of work done. Whichever makes you happier!

You might also like
What Wendy Wore: New Year's Eves Through 2021
Oldchella Day 1 and Thoughts on the Trump Tapes
Oldchella Day 2: Neil Young's Smile, Macca's Shade
Previous Post: « The Week in Review
Next Post: Customer of the Day: Mrs. B., the Vampire Slayer »