… I’ll take the opportunity to brag that Julie Gerstein of The Frisky thinks my jewelry designs are “very reminiscent of Cersei, Sansa, Dany and the lot.” Woot! 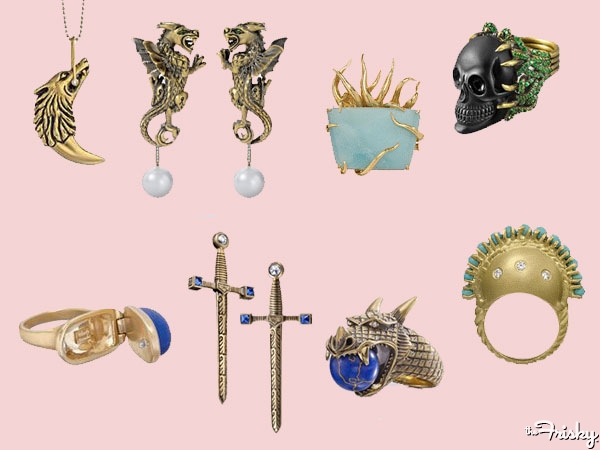 I’d love to see my jewelry on any of the Game of Thrones ladies, but let’s not forget about Peter Dinklage, who won an Emmy for playing the devious — but sometimes honorable and always funny — Tyrion Lannister. I’ve been a fan of his since his breakout role in The Station Agent in 2003. Not only was he great in that movie, but he was also totally gracious when I bumped into him at a party and drunkenly slurred, “If I could vote for the Oscars, I’d vote for you for Best Actor.” I’m lucky that he was feeling tolerant, because according to this month’s Rolling Stone cover story on Dinklage, he can be a littler ornery. In an amusing way, of course.  (I laughed when he said one of Dany’s CGI dragons is a partier and one is a bit of a dick. I don’t think he had an opinion on the third.) 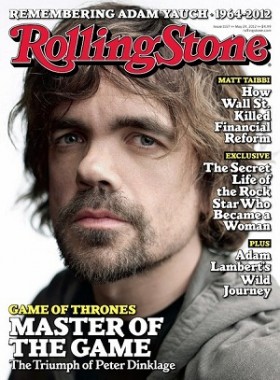 Peter needs to wear my Empress Wu dragon cufflinks to his next awards show appearance. 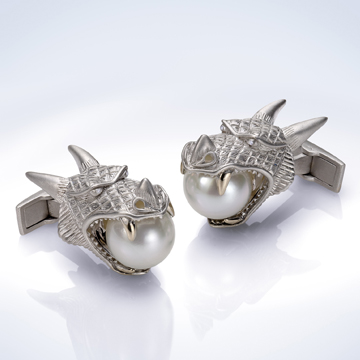 I’d do these cufflinks for Peter in yellow gold with black pearls and ruby eyes. I’d make sure one dragon would be a partier and the other a bit of a dick, so that he’d feel at home.

You might also like
Thanks for the Love, JCK!
Surprise!
What Wendy Wore: Crazy Legs at "Game Change"
Previous Post: « What Wendy Wore: Neon-Pink Chris Benz to the Elly Awards
Next Post: Michael Kors’s Sleek Winning Streak Continues »