NOTE TO YELAWOLF FANS: Scroll to the bottom for the Yelawolf health news. Then scroll up a bit for a cute picture of Gangsta Boo and Speakerfoxxx. 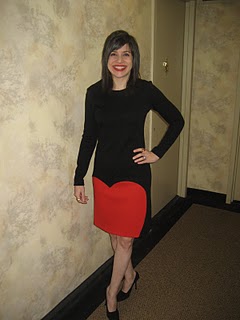 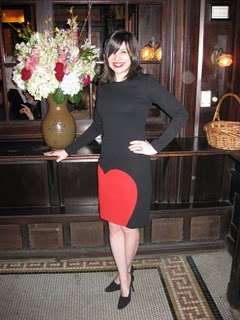 Instead, I wore my OTHER Valentine’s outfit: the vintage Gemma Kahng leather vest I wore for the holiday in 2010. 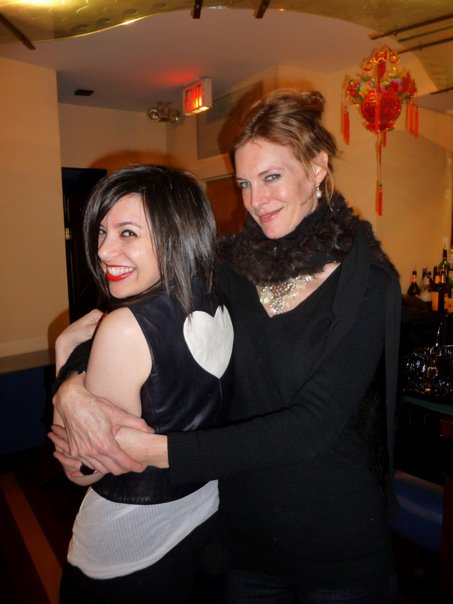 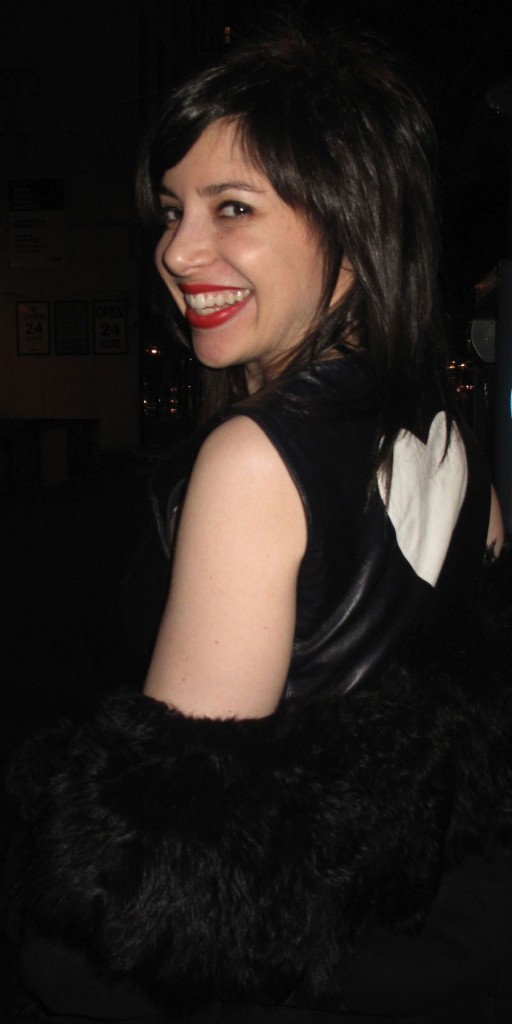 This Valentine’s Day was special because I had three dates. In addition to MrB, I was joined by gorgeous Atlanta-based DJ Speakerfoxxx — who was in New York to DJ at Fashion Week parties — and her friend Newport. Here we are during our romantic dinner for four.

Speakerfoxxx was wearing some amazing rings — not my designs, alas, but still thrilling. 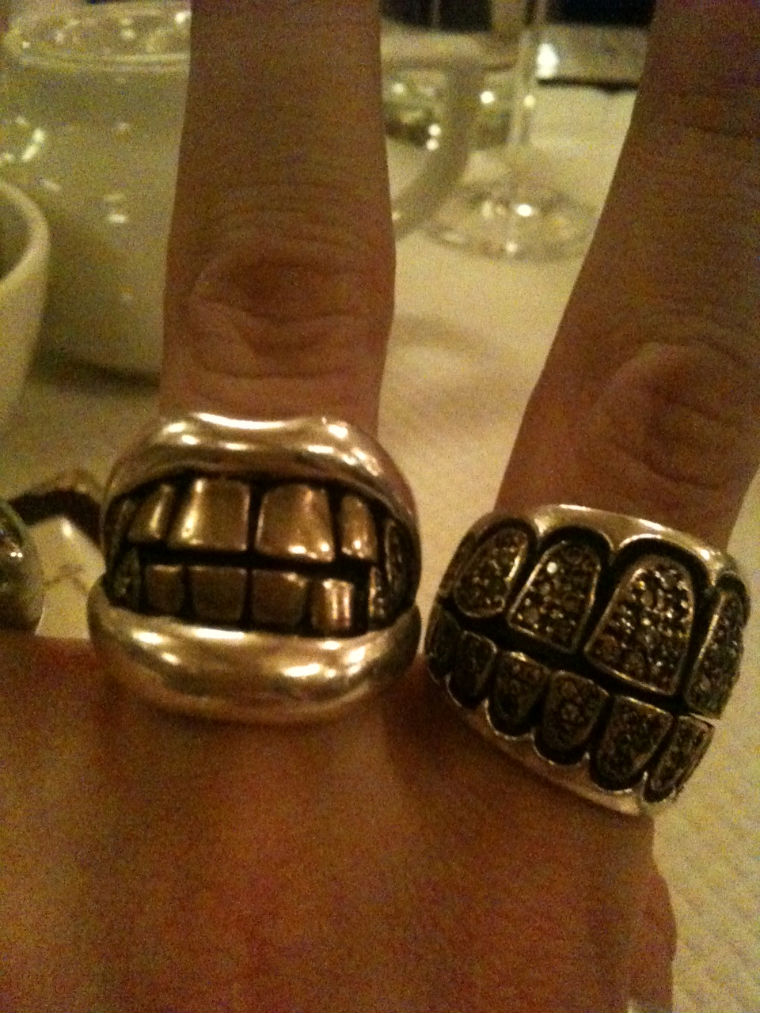 Speakerfoxxx is the official DJ for rappers Gangsta Boo and Rittz. Both of them, in turn, have worked with Yelawolf, the rapper who distressed MrB by holding his dick on television. I mean, Yelawolf held his own dick, not MrB’s, on television. To the best of my knowledge, Yelawolf and MrB haven’t shaken hands, let alone other body parts.

If you’re in the New York area, you’ll be able to catch Speakerfoxxx doing her DJ thing live at Yelawolf’s concert on March 13 at Brooklyn Bowl. I’ll be there. If I get to shake Yelawolf’s hand or other body part, I’ll have to thank him for introducing me to Speakerfoxxx in a roundabout way. As I mentioned in an earlier post, Yelawolf did a song called “Throw It Up” with Eminem and gorgeous lady rapper Gangsta Boo and I was all like, “HEY! LADY RAPPER!” So I got to know Boo through Twitter and she introduced me — online — to Speakerfoxxx, because Boo knows I like to support artistic wimmins. If it weren’t for Yelawolf, I wouldn’t know any of these peeps, and they wouldn’t be texting me fun pictures of themselves wearing my jewelry in Atlanta. 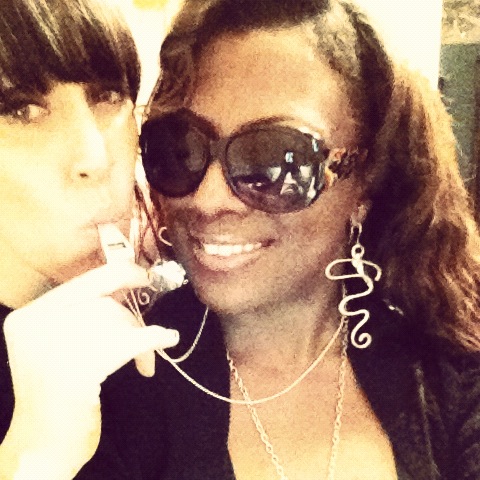 Anyway, props to Speakerfoxxx for being brave enough to join two total strangers for a Valentine’s Day dinner and only bringing one bodyguard (actually, Newport also works with Yelawolf).

Here’s everyone’s Twitter info so you can stalk them:

If you love Gangsta Boo or Yelawolf, don’t forget to pre-order the YEA HOE rings I made especially for her and her fans.  They’re now a part of my WENDYB by Wendy Brandes line. (You can hear Boo doing her signature “Yea hoe!” line on “Throw It Up.” It will get in your head and be there forever, but in a good way.)  Click to order the rings on my website or email me at wbjewelry at hotmail dot com. 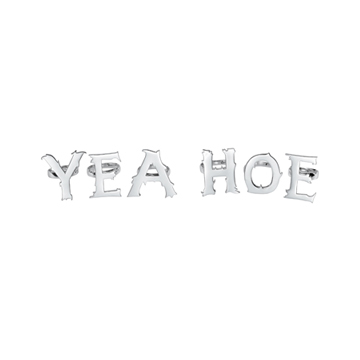 UPDATED TO ADD: Damn! Yelawolf has apparently canceled all March shows. According to Twitter, he ruptured his spleen. Maybe if he had held on to his spleen instead of his dick on television, this wouldn’t have happened. Let this be a warning to all dick-holding rappers.

UPDATED AGAIN TO ADD: Here’s a little information about Yelawolf being admitted to the hospital, but it doesn’t say anything specific about the spleen.  Yelawolfpack (my source for the spleen news) is collecting get-well wishes for him here. And here is some information on the causes and treatment of ruptured spleens.