All you March babies are entitled to a fabulous birthday gift this month, and I’ve got the perfect thing. I made one of my 18K gold Livia poison rings with March’s birthstone, aquamarine. My aquamarine is a curved, polished cabochon, rather than the more typical faceted gem. The cut gives the stone a soft, gorgeous color that complements the satin finish of the gold. This ring is $6,000 and available exclusively at Broken English Jewelry in Santa Monica, Calif. It’s the Jewel of the Month! 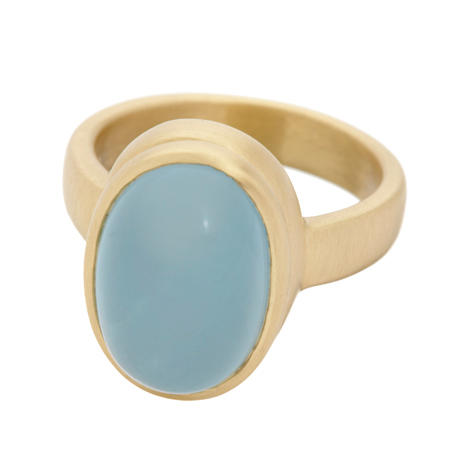 The ring opens up to reveal a secret compartment. 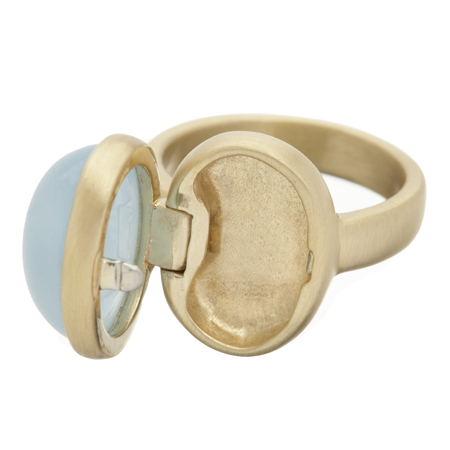 The aquamarine ring is one of only two Livia rings that I’ve done with a cabochon stone. The other one is set with a moonstone. It is also available exclusively at Broken English. 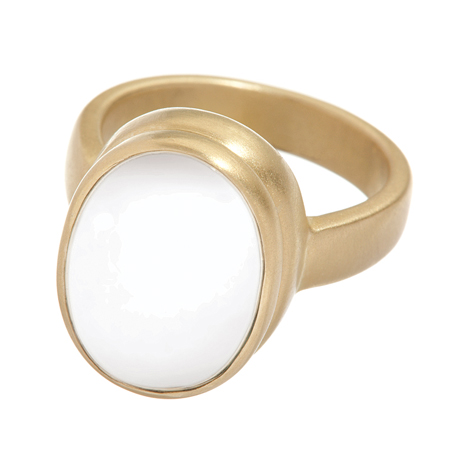 Once these two are gone, they’re gone! I won’t be making any more like them.  Whichever ladies are lucky enough to get these will have one-of-a-kind pieces.

The Livia ring is named for the wife of Augustus, the first Roman emperor. Some (male) rumormongers claimed she killed Augustus by feeding him poison figs. Seems to me like a strange thing to do after 50 years of marriage, but maybe he left the toothpaste cap off the tube one time too many, and she cracked. No, I don’t really believe that. I believe that the historians were jellus h8ers, but I can’t resist a good poisoning myth when it comes to designing jewelry. Livia and Augustus never had any children, but her son Tiberius, from a previous marriage, became emperor after Augustus. I wrote more about Livia in this post, where you can also see my Livia poison ring in 18K gold and diamonds. That’s the style I’ll be continuing with after the cabochon Livia rings are sold.

Speaking of Romans, albeit pre-Augustan Romans, I’m obsessed with the second season of Spartacus on STARZ. I didn’t think I’d be able to carry on after the death of Andy Whitfield, the actor who played the rebel slave in the first season. But MrB and I invited gorgeous designer/blogger Stacy Lomman over last night for a marathon of four episodes, accompanied by  Champagne. (Actually, I tweeted that we were about to watch it and Stacy saw it and asked to join. She only lives two blocks away so she came right over. I said to MrB, “Finally! Something great has come out of Twitter.”) Anyway, we think the women’s roles on Spartacus are some of the best on television right now. Sure, there’s a lot of gratuitous nudity, but it is equal opportunity: both genders go full frontal when they’re taking a break from killing each other in the goriest ways imaginable. We can’t wait to see what happens with Ilythia, now that she’s stuck with her husband after the failure of her plan to abort her baby and run off with a new man! 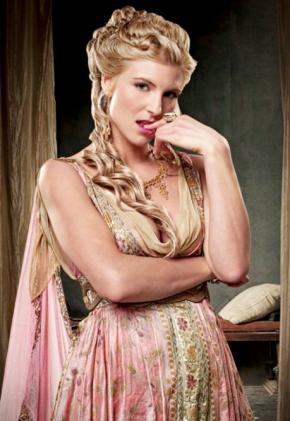 Ilythia wonders what to do next.

You might also like
Mourning at the Metropolitan Museum
Steal My Cherry
Wendy Brandes Jewelry in Entertainment Weekly
Previous Post: « Sheila and Her Wendy Brandes Ring
Next Post: What Wendy Wore: Valentine’s Day Flashback »