Remember when I created a scale of celebrity embarrassment? I’ve realized that what was weighing on my mind was my recent humiliation in front of NBC news anchor Tom Brokaw.

On June 2, MrB and I attended the Livingston Awards for Young Journalists at the Yale Club. MrB was there to accept the Richard M. Clurman Award for being a great mentor to young journalists. Tom Brokaw was one of the Livingston judges. After the celebratory lunch, I wanted a picture of my MrB and the news anchor MrB. I stopped Tom Brokaw (note: all famous people I meet must always be referred to by their full name) and said, “Let me get a picture of you and MrB,” while frantically waving my MrB over. Tom Brokaw said, “Okay, who’s taking our picture?” Tom Brokaw thought I was a TV-news groupie asking him to pose with ME for a picture. I blurted a few words like, “No! You! Husband!” while waving harder at my MrB, who was busy posing for pictures with young journalists. After a few minutes, I saw that MrB wasn’t going to be released by the young journalists and said to Tom Brokaw (really, I said this, word for word), “I’m more photogenic than him anyway. Let’s take the picture together.” I plopped the camera in the hand of a guy who was speaking with Tom Brokaw and struck my pose. As I was doing this, I decided to explain to Tom Brokaw that we’d met before and that I am married to MrB, whom he knows quite well. For some reason this came out as, “I was the one who asked you about Family Guy? Um, MrB sent you the link? You thought it was funny?” Then CLICK! My awkward moment was captured for posterity. 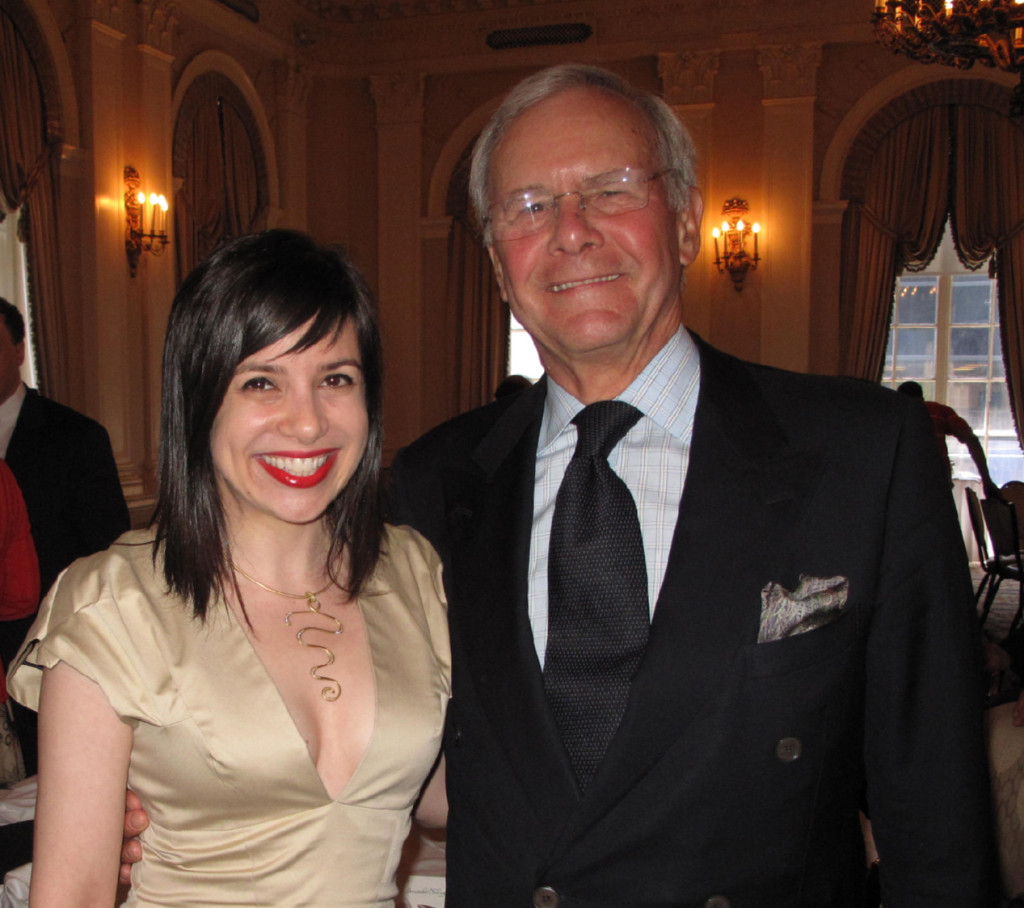 I eventually stopped writhing in shame long enough to take a candid of MrB with Tom Brokaw. 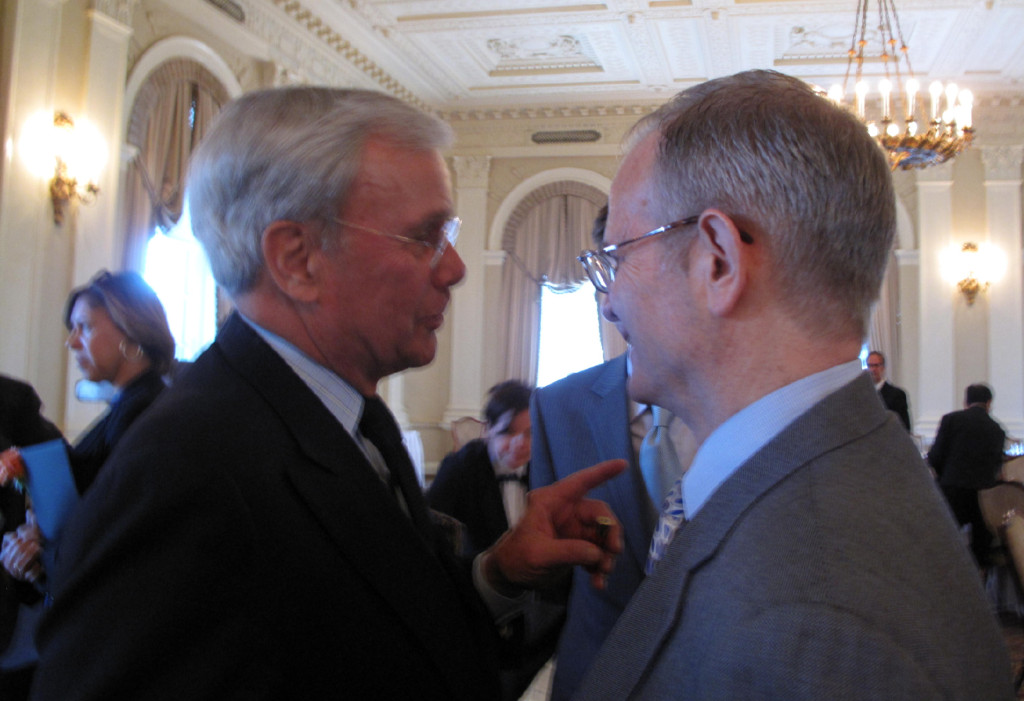 The next journalism awards event I attended was the Gerald Loeb Awards at Capitale on June 29, to see my gorgeous friend Alix receive the Minard award for editing. I nearly made it through the night without embarrassing myself. I sat next to esteemed Washington Post columnist Steve Pearlstein who is the originator of the On Leadership interview series in which I participated. I told him how I compared Facebook founder Mark Zuckerberg to the 12th century’s Empress Matilda. Then I had one glass of Champagne too many — what?! the waiter kept filling it up when I wasn’t looking — and said something along the lines of, “And you know what was cool? The woman who interviewed me is the judge of the Peeps diorama contest! I LOVE the Peeps contest! She’s, like, totes famous to me!” 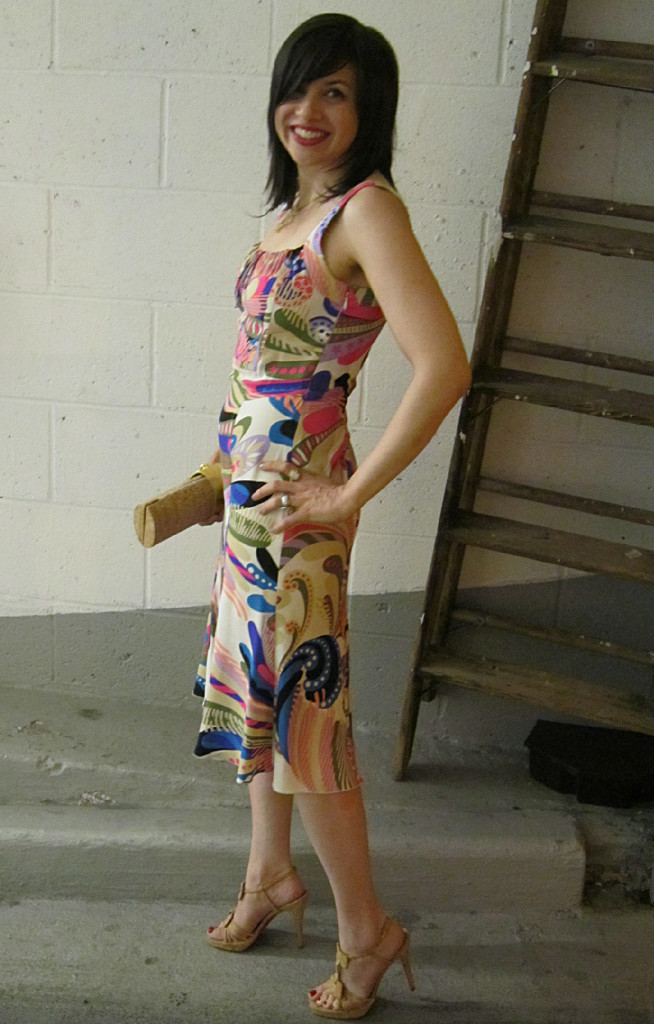 Turning my back on the ladder to success.

Here’s a picture of me wearing the same dress in 2003. 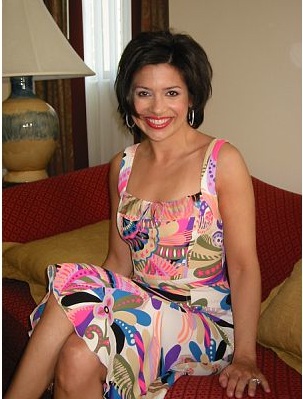 L.A. hairstylists often hear "Blow it out straight" as "Make it fluffy."

So, how would you rate the Peeps comment on my scale of celebrity embarrassment?