Former Tonight Show host Johnny Carson used to do a bit about a psychic named Carnac the Magnificent. 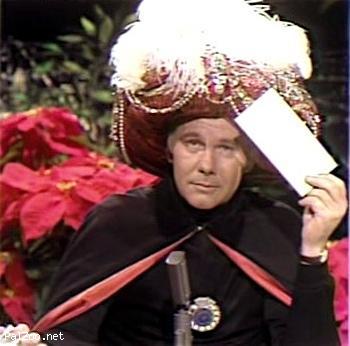 Get me a giant turban, people, because I am having a Carnac moment after reading today’s New York Times story on Zac Posen, The Trials of a Former Boy Wonder. It quotes Posen, a pre-crash success story known for his “brashness” as saying he’s in “survival mode” due to declining sales, layoffs, “a revolving door of executives and an investor pulling back the reins.” The Times says:

“… his extravagant success came so quickly, perhaps faster than his limited experience should have allowed, that his setbacks echo all the more loudly.”

“I love a spectacle, but I saw it as social commentary. I think my level of sophistication was a little higher than most people’s. I saw an abstraction to the whole media frenzy of it. But at the end of the day, that’s all that people felt, I think, and they didn’t really look at the clothing.”

The article says that Posen’s business, founded in 2001, has had sales in the millions but has never turned a profit.

Now read my September 2007 post inspired by Todd Oldham, on designers who go out of business despite outward signs of success. Note my aside about Posen in this context. Also note that I wrote:

“When you’re making a ton of money, you can get up on your high horse and make people wait for hours or whatever you want to do. But if you don’t have that kind of financial security, you better make an effort to encourage people to BUY things.”

Posen’s story tracks the story of a number of designers I mentioned in that post, from Oldham to Olivier Theyskens. Posen is trying to turn it around. I’m not sure I buy his newly chastened persona; actions speak louder than words, so I’m watching and waiting. I hope he makes it. He’s talented and it’s sad when a talented person goes out of business. Also, depressing industry news doesn’t encourage people to shop and I have jewelry to sell! Speaking of depressing news, while everyone mourned Christian Lacroix and Luella Bartley’s closures, I was more rattled by that of lesser-known Phi, which the Times also mentions in the Posen piece. Phi was started by Susan Dell, the wife of billionaire Dell Computer founder Michael Dell.A  That was a vivid reminder of a lesson I learned vicariously years ago: Just because you have the money to spend doesn’t mean you should keep spending it. A business is like a child. It needs to grow up and become self-sufficient. If your business can’t do that, you might decide to spend your billions more prudently. 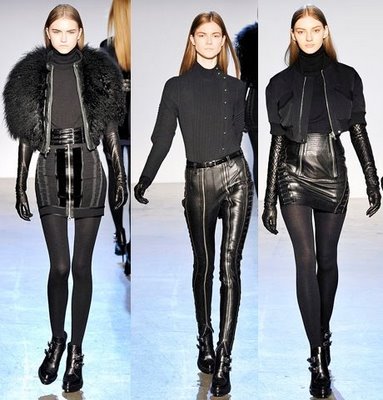 All of the failure stories are scary because starting any business means a significant investment and, frequently, years of losses. After that, some businesses become big, some last for years or decades and some fail quickly. A lot of it has to do with luck and timing. There’s no way of predicting it. As a great poet might have said, “The best laid business plans o’ mice an’ men/Gang aft agley.” (That temblor you just felt was Robert Burns turning over in his grave.) The unfolding story that I’m most intrigued by these days: Rodarte. Intense media and industry interest in newcomers making very high-end clothing? Bad sign. Deal with Target? Good sign. It will all become clear in hindsight.

Something Posen may yet re-evaluate in hindsight is his public confrontation last April with Glenda Bailey, editor of Harper’s Bazaar, after the magazine asked him to appear in a feature … posing with a Muppet. Specifically, the Count from Sesame Street.

So far Posen has no regrets. As he told the Times:

“‘I didn’t want to model with the Count,’ Mr. Posen said. ‘She said that was the only way my clothes could be in the magazine as a non-advertiser. I think she was surprised I wouldn’t take the part, but I stood my ground and I still do.'”

Personally, I was surprised the Times didn’t have a confirmation or denial from Bailey on the “non-advertiser” part of Posen’s quote. (Later in the story, regarding Bailey’s non-attendance of Posen’s show last September, the Times wrote that “a spokeswoman for Harperâ€™s Bazaar said the magazine had always supported him.”) I love Bazaar. I can’t afford ads, but I am true to what I wrote in 2007 and I’m not going to get up on my high horse. If Bazaar wants me to pose with a Muppet, I’ll be delighted to do it. It doesn’t even have to be something as upscale as a Muppet. I’ll pose with cereal character Frankenberry if they want me to. Glenda, call me!

I do appreciate any press my jewelry gets so, while I’m talking about magazines anyway, I’ll thank Women’s Health for featuring one of my rings in its January/February 2010 issue. Admittedly, the ring is completely invisible in this shot but I got a credit on the page anyway, so what’s not to love? Looking forward to working with you again, Women’s Health! 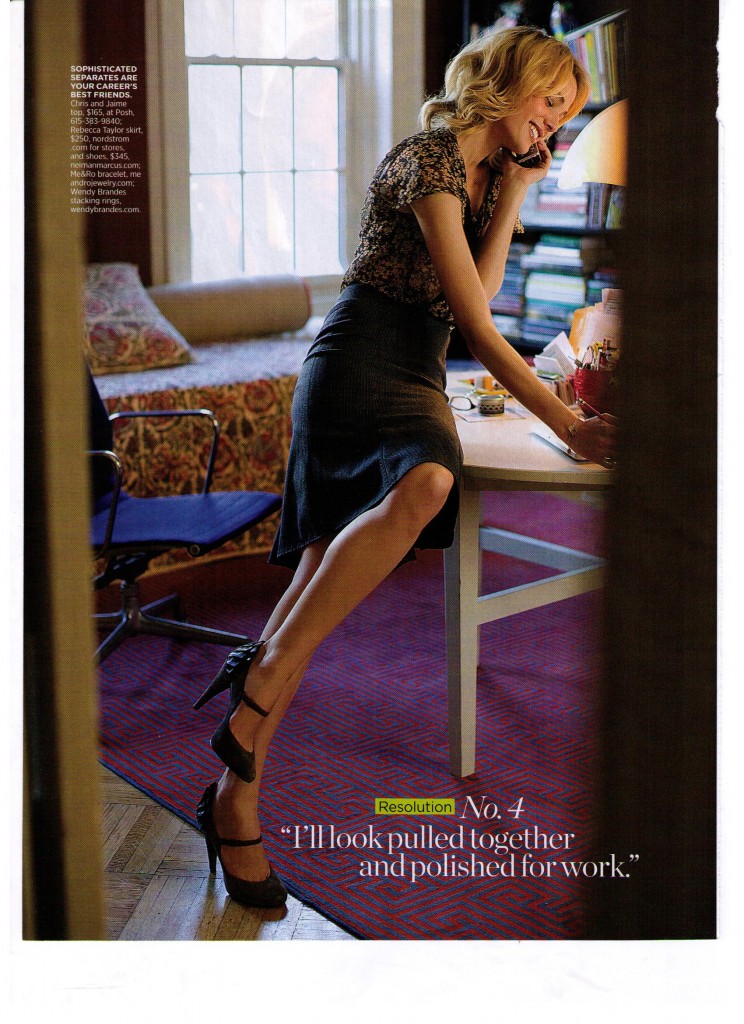 Courtesy of Women's Health. Click to enlarge. My credit is on the upper left.

Run out and get the issue of Women’s Health with Pink on the cover. I’m on page 130. Also, if you passed up a chance to see Pink in concert, you should give yourself a good swift kick. I already gave myself one. I knew I should have gone to her Madison Square Garden concert last year and her stellar performance at the Grammys on Sunday made me even sorrier for missing it. According to the Grammys site, the clip is now available on iTunes. I’m definitely going to get it.

You might also like
My Black Swan Ring on TV and Other Mentions
My Almost-Husband Paul McCartney to Wed Nancy Shevell
The Mother of Dragons Is a Real-Life Badass
Previous Post: « Valentine’s Day Sale on February 10
Next Post: Gloria in Alaia »