Gorgeous blogger Suzanne of Idee Fixe lured me out in a fierce snowstorm last night. How could I resist her? On December 18, she admired my swear rings. On December 19, she bought them. That’s fine decision-making for you.

Suzanne and her husband plowed into Manhattan in their four-wheel drive, picked up MrB and me, and took us to Paddy Reilly’s to drink Guinness and listen to rock-n-roll Christmas music. I was excited to be introduced to Suzanne’s friends Tish and Snooky of Manic Panic, who are singers in addition to hair color and cosmetic superstars. In the early ’80s, I would repeatedly browse the racks of Manic Panic temporary colors, always narrowing down my choice to neon pink or electric blue. Then I wouldn’t buy either because I was worried my mom would be angry. She was already annoyed by the blonde bangs and hair teased up to the heavens. 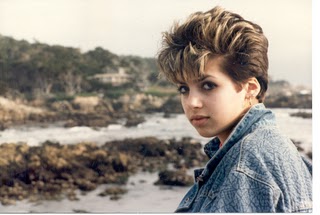 Pouty '80s WendyB says, "The higher the hair, the closer to God!"

Anyway, Suzanne had a great time showing off her swear rings. (Her post on the evening is here.) 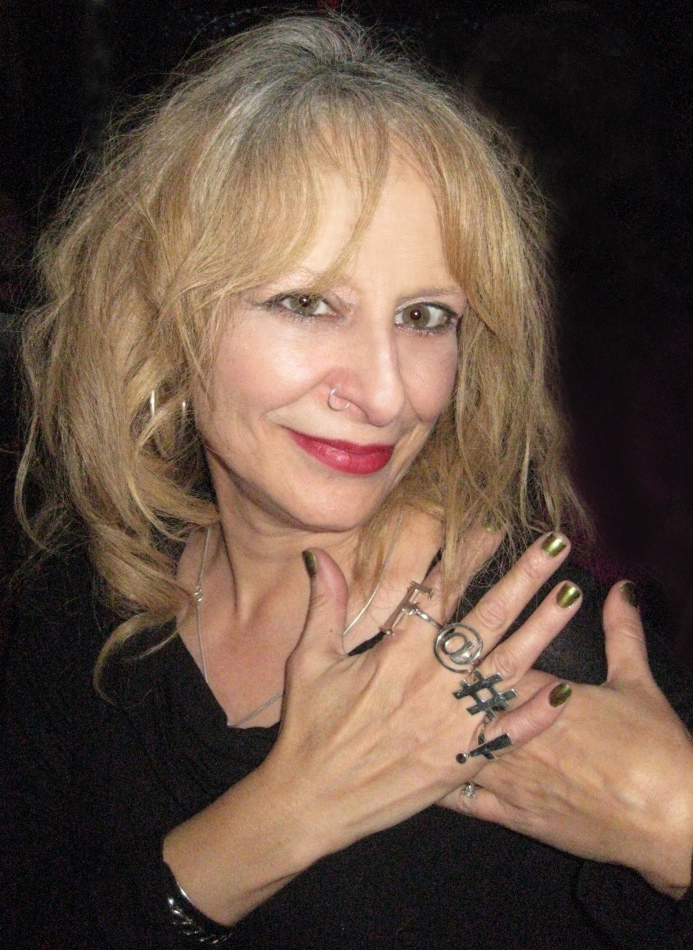 I showed off the hat that gorgeous blogger Jennine of The Coveted gave me. She’s one of the kind, gift-giving bloggers I mentioned here. When she stayed at my apartment in October, I admired her hat from Tar-Jay. Upon her return a couple of weeks later, she brought me my own hat! How thoughtful is that? Thanks Jennine! 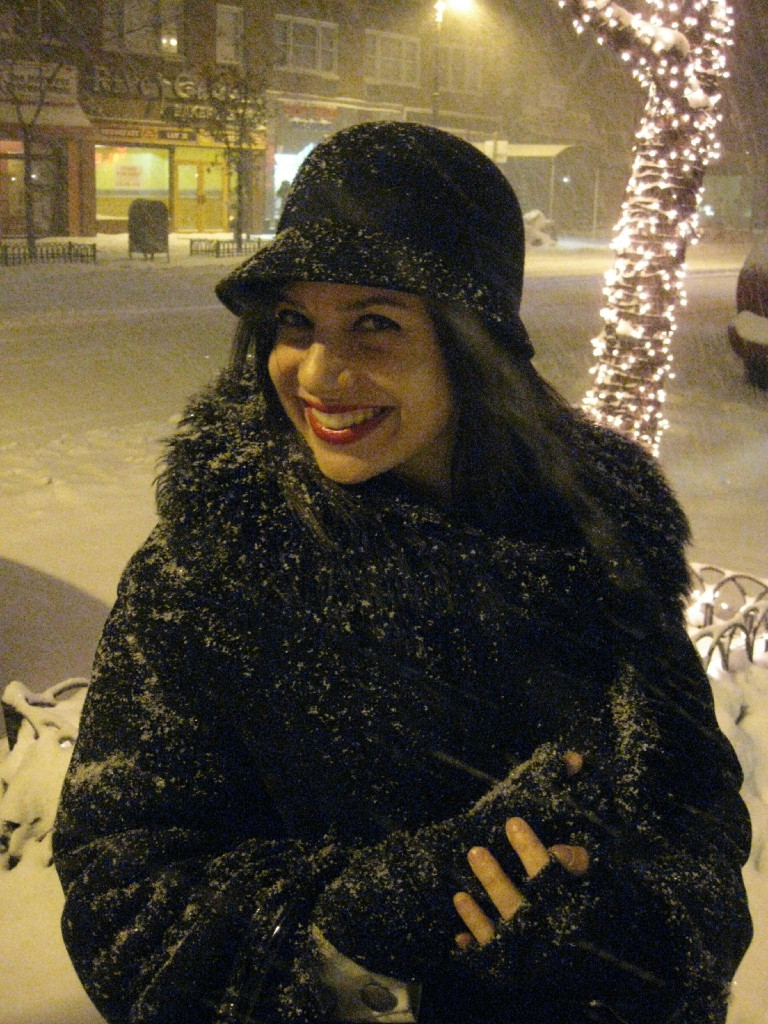 It's either snowing or I've been attacked by powdered donuts.

I changed outfits about five times while waiting for Suzanne because it was so hard to find anything that looked good with snow boots. I finally decided that, because I like to reminisce about ’80s fashion with Suzanne, she would appreciate an oversize ’80s-looking jacket (thought it’s really from the early ’90s). 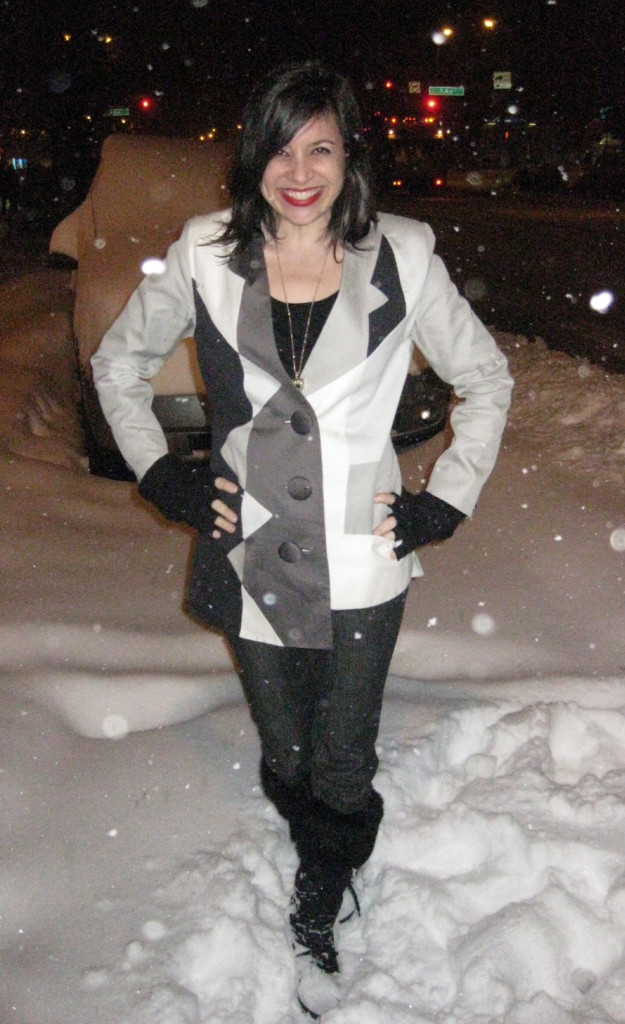 Add this jacket to the list of items that I wear on the same day — or close to the same day — every year. I last wore the jacket on December 21, 2008.  Then there’s the vintage Moschino dress that I’ve worn two Valentine’s Days in a row. And I wore one of my favorite Ossie Clark dresses on September 12, 2008, and September 10, 2007. The Moschino dress was obviously intentional, but the jacket and the Ossie were not. Go figure!

You might also like
Pining for Vintage Anne Klein Boots
Featured Jewel: Lotus Necklace With Sapphire
Best J. Crew Ad Ever
Previous Post: « Who Says I’m Hard to Shop For?
Next Post: Buy It Now: Wolves for Team Jacob »