…And he was heavy lifting! Also kind of wriggly. 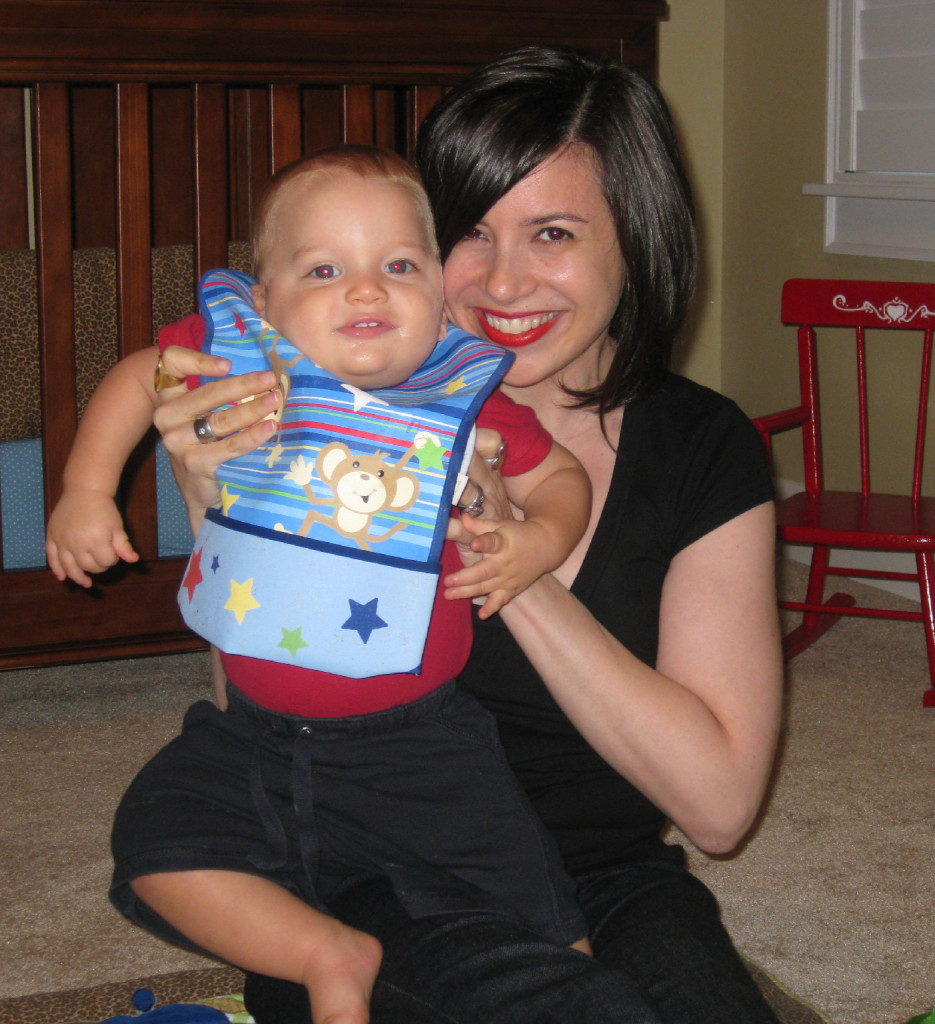 When I see Sebastian’s name written down, I think of a song called Sebastiane by the Sex Gang Children. I used to listen to it on full blast in college whenever I was angry. My boyfriend lived across the hall from me in the dorm and if he heard it blaring from my room, he’d hide. Considering there was 99% chance that he was the person I was angry with, avoidance behavior was a smart move on his part. Probably his only smart move.  I’d tell you about the time a couple of years ago that he got in touch with me on MySpace except that would make me ang… Uh-oh. Too late.

UPDATED TO ADD: Thank goodness I have the Sex Gang Children song on my iPod. I’m going to go to the gym and listen to it one or 20 times thanks to the D-list fashion celebrity who asked me for a discount on my (hand-made in New York) Isabella wolf fang earrings. Against my better judgment and the wisdom gained from previous, similar experiences, I offered her 30% off. She declined, saying that, she “didn’t expect them to be so pricey.” I guess she was expecting them for free. Well, that’s it! From now on, pseudo-celebs — and real ones — can pay full retail, plus tax, shipping and handling, and insurance. If they love it, they’ll pay for it. If they don’t love it enough to pay, then they don’t need it. Really, I’d rather melt these earrings down than have this rude nobody wear them now!

You might also like
Distressed About Leather, Plus the Week in Review
Zang Toi, Jill Abramson, and the Jewel of the Month
What Wendy Wore: Coachella 2017
Previous Post: « eBay Pick of the Day
Next Post: Smile and the World Smiles With You »