Recently, I was talking about how less familiar images of a tragedy can have an unexpectedly big impact. On September 14, 2001, Wall Street Journal employee Jared Sandberg went back to his offices at the World Financial Center, across the street from the ruins of the World Trade Center. He took these pictures of the WFC. This building was relatively unscathed; I was still shocked by the amount of debris. 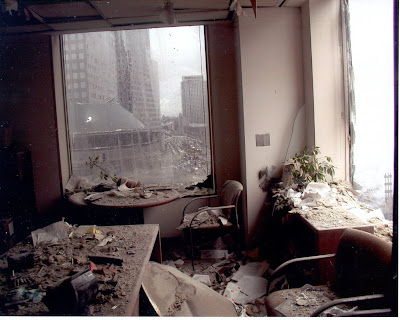 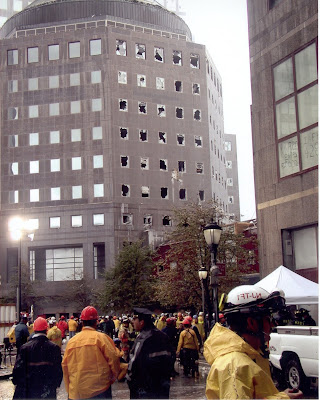 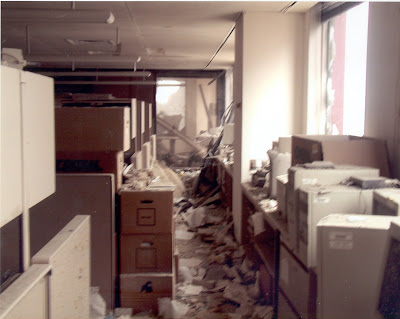 This morning, MSNBC was replaying the NBC news coverage from 2001 in real time. It was very affecting to see how short a time it was between the attacks on the Trade Center buildings and their collapse. The anchors and reporters acquitted themselves well that day. It was a good choice of programming.

Here’s what I wrote on this date last year.

UPDATED 9/11/11 TO ADD: The Wall Street Journal won a Pulitzer Prize for breaking news for its coverage of the event. Here is editor John Bussey’s account of being in the World Financial Center offices as the Trade Center towers collapsed.

You might also like
Boudicca Jacket
Time for R. Kelly to Face the Music
Three Easy Ways to Take Action on Gun Control
Previous Post: « Work With Me, Peeps!
Next Post: Laughing While Crying »