Ah, the double standard. When kings fool around, all is right in the world. When queens fool around, it’s treason. Why treason? Because if a queen gets pregnant by a man who is not her husband, a child who is not of pure royal blood could wind up on the throne. In effect, that partly non-royal person would usurp the throne. Wouldn’t it be terrible to have a usurper when you should by law have an inbred royal idiot ruling the country?

By idiot, I don’t mean someone who is merely unqualified for the throne. That’s a given (hello, Edward II)! The problem was that in addition to ordinary incompetence, inbred royals managed to produce an impressive variety of mental and physical deformities. 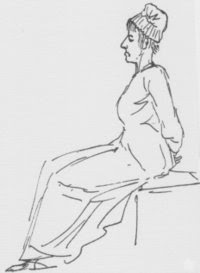 This sketch of Marie Antoinette on her way to the guillotine shows her Habsburg jaw.

For instance, the House of Habsburg was blessed with what became known as the Habsburg jaw, a condition in which the lower jaw outgrows the upper jaw, creating a chin that is like Jay Leno’s times 10. Sometimes it wasn’t too bad. Marie Antoinette of the Austrian Hapsburg bloodline had a relatively minor case, unlike the 17th century’s Carlos II of Spain, who was the product of a family that liked to wed uncles to nieces. Classy! Wikipedia nails the Carlos description, so I’ll quote: “Charles II was the last of the Spanish Habsburg dynasty, physically disabled, mentally retarded and disfigured … His tongue was so large that his speech could barely be understood, and he frequently drooled.” But he was royal! Therefore he was still qualified to be king, even if mom had to do all the work for him. 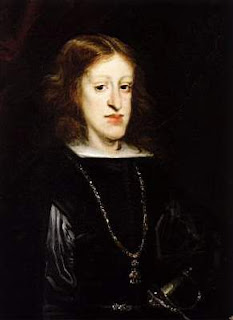 Carlos II, in what is probably a flattering portrait.

You might wonder whether a fellow like Carlos had trouble finding his soulmate. Don’t be silly! Carlos married twice. Queen Maria Luisa got really depressed and died in ten years. Second wife Princess Maria Anna of Neuberg probably wasn’t any happier. But so what? “Princesses are born to be exiled,” says Princess Caroline Matilda’s mother in The Lost Queen, a historical novel by Norah Lofts. Princesses were political pawns, sent off to marry their relatives in order to seal deals between nations.

Princess Caroline Matilda, or Caroline Mathilde, as she became known, was the sister of Great Britain’s King George III. George, of American Revolution fame, had some serious inherited health issues of his own. I won’t get into that here, but I recommend watching The Madness of King George. 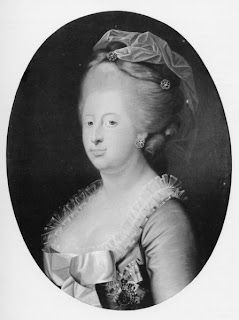 I have to admit that I don’t see the hot here.

In 1766, George sent 15-year-old Caroline to Denmark to become the wife of her cousin, Christian VII. The Danes did their best to hide the fact that their king was mentally ill, probably with schizophrenia. He was intellectually slow as a child, and his tutor tried to beat some smarts into him, which made matters worse. By the time he got married, Christian was variously catatonic, manic and paranoid. During his energetic moments, he would bang his head against a wall and injure himself in other ways. 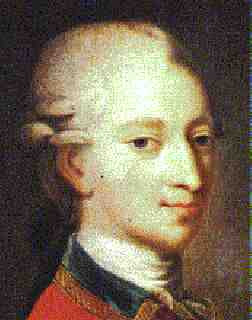 Christian VII
What do you think? Does he have crazy eyes?

With the king mentally indisposed, whichever noble or general was in power at the time could influence Christian in his own favor. His stepmother Juliana was notoriously manipulative as well. But everyone still had to show some respect for Christian. After all, he was the rightful king. Therefore his whims were humored, including his devotion to his personal physician, a German named Johann Friedrich Struensee, who joined the royal household in 1769. 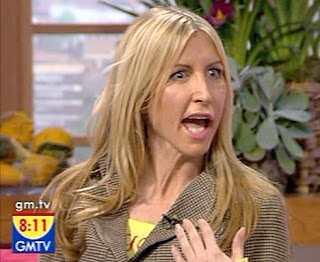 Against all odds, Caroline Mathilde had managed to do her job and produce a son. But Christian wasn’t husband-of-the-year material, and she and Struensee fell madly in love. What makes this more than your run-of-the-mill love affair is that Struensee had unusual ambitions. He was an intellectual and a reformer. Struensee felt that what was rotten in the state of Denmark was, in fact, the state of Denmark. Christian happily handed over power to his doctor friend, thereby freeing up his kingly schedule to accommodate more playdates with dogs, pageboys and whores. Struensee happily issued hundreds of decrees in Christian’s name: ending censorship of the press, building hospitals, outlawing capital punishment for theft and banning torture. Terrible! I know! Shoplifters should be persecuted! 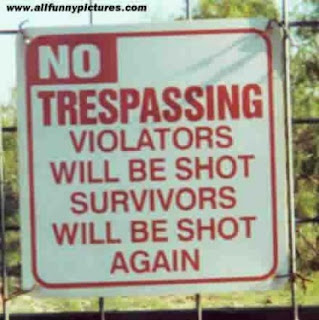 I was looking for a “Shoplifters will be persecuted” sign but I found this instead.
Admittedly, Struensee’s enlightened ideas were handled in a stupid way. He hated the nobles who were benefiting from the brutal feudal system under which they kept large numbers of their countrymen as slaves. So he shut them out and ruled all by himself, with no allies except the crazy king and the doting queen. Yes, back to Caroline Mathilde at last. Not only had Struensee annoyed everyone by forcing freedoms on them in a dictatorial way, he had committed the worse sin of all. A sin worse than ending torture and reducing executions! (Think about it, people, there was no TV or Internets then. What was everyone going to do for fun?) The worst sin of all was sleeping with the queen. Then she had a daughter, who was officially recognized as Christian’s child, but let’s face it, the day little Louise Augusta was conceived, Christian was probably busy hitting himself over the head with a teapot and throwing his schnauzer out the window. 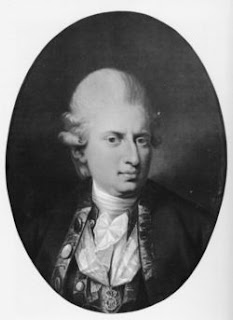 Struensee
Does he look like he’s smelling something rotten in Denmark? Because I’m feeling that.

It was all getting to be too much to bear, and Christian was forced to sign an arrest warrant for Struensee in 1772. He didn’t really know what he was doing. He probably looked at the paper and said, “What a pretty schnauzer!” Anyway, you know how these stories end. Struensee had his hand cut off, then his head, then they chopped him up into four pieces. Pretty civilized when you think of Hugh le Despenser, no? They took Caroline’s kids away, gave her a divorce and sent her out of the country to die at an incredibly young age. The only person who lived to a semi-respectable age (according to the standards of the day) was Christian, who died in 1808 at 59. I don’t know if there were any schnauzers with him at the end.

I’ve already mentioned The Lost Queen by Norah Lofts. That’s a good, solid historical romance. A more artsy novel is The Royal Physician’s Visit by Per Olov Enquist. When I first read it, I found it rather cold and flat, but I reread it after the Lofts book and appreciated it much more. Caroline Mathilde is much more charismatic in the Enquist book. The two books complement each other well. I haven’t yet read the non-fiction A Royal Affair: George III and His Scandalous Siblings, but I definitely will.

Whatever you do, don’t read the Wikipedia entry on Struensee. It’s been tagged for “lack of neutrality” but no one has fixed it yet. It’s the worst historical entry that I’ve come across on Wikipedia so far. Here is a quote. I am not making this up: “The dictator’s manners were even worse than his morals, He habitually adopted a tone of insulting superiority, all the more irritating as coming from an ill-informed foreigner; and sometimes he seemed deliberately to go out of his way to shock the most sacred feelings of the respectable people.” I will now quote my own reaction after I read that: “What. The. Fuck?!?”

I will soon get back to the wives of Henry teh 8, so we can all enjoy more treasonous adultery with Katherine Howard.

You might also like
Congrats to ProPublica on Its Third Pulitzer Prize!
The Week in Review, Plus Reaction to Weinstein
Throwback Thursday: Appropriate for Tennis
Previous Post: « Play a Game, Win a Prize
Next Post: Ossie’s Back! Part 2 »