Add white agate, gold and a dash of diamonds. Get one necklace. 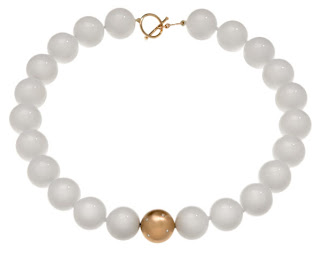 Except it didn’t happen that way.
In reality, I created a 19 millimeter gold ball to add to a client’s old necklace. Around this time, I noticed some extra-large white agate beads for sale and decided they would look great with a rose gold ball. After I made the necklace, I couldn’t think of what to name it. Then I remembered Wilma Flintstone and she became the name, even though she wasn’t the inspiration.

I was ecstatic when I saw this Geico commercial the other day.

I used the gold bead from the Wilma/client necklaces as the basis for my Papessa prayer lockets. I like to recycle!

Of course, this whole story could be a big lie. It’s entirely possible that I get my inspiration from a bottle. 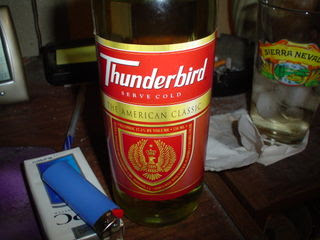 No, not that bottle! This bottle: 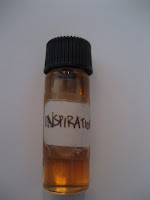 Yep, it comes in a bottle nowadays. I’d tell you where to buy it, but then you’d all be making poison rings too, and I don’t want the competition.

You might also like
Flaunt Your Age, Part II, and More Than a Week in Review
Jewel of the Month: Mid-Finger Ring Monogram Mania
VV Brown Wears Wendy Brandes Swear Rings
Previous Post: « Have a Kawaii Monday
Next Post: My TV Reception Is Fuzzy »