I never got around to doing a post on the Foo Fighters concert I went to in July. I was lazy about putting a watermark across the important parts of all my photos before sharing them. I had to start putting my name on concert photos after I discovered a few of my old ones shared on Twitter with other people’s names on them. Ha! They’re trying to protect photos they don’t own from theft. It reminds me of the time a Topshop security guard scolded me for taking a photo of some rings in the big London store. What … am I going to knock off one of your extensive collection of knockoffs?

Anyway, my gorgeous friend Tina invited me to the Foo Fighters concert at New York’s Citi Field on July 16. She got general admission tickets so we got there early in order to get a front-row spot. I was 43rd in line.

It was hot, but it wasn’t the most excruciating wait I’ve endured for a concert. I’m not sure if the worst wait was for the Global Citizen Festival last year; Eminem and Rihanna, also last year; or Lollapalooza in 2011. All of those were pretty tough.

The Foo Fighters concert took place a month after lead singer/guitarist/former Nirvana drummer Dave Grohl fell off a stage in Sweden and broke his leg. He finished the show in Sweden and was similarly undeterred from finishing the tour. While he was a little high on painkillers after the accident, he sketched a throne for his set designers, so that he would be able to rock out sitting down. When he shared the drawing on the big video screen, he was like, “That’s not even how you spell ‘lasers’!” 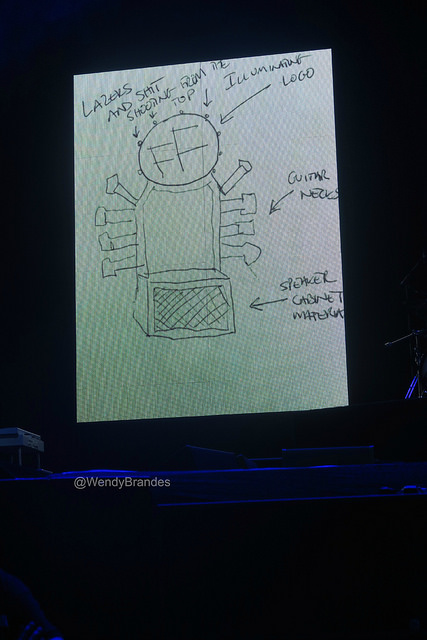 Some of the band merchandise paid tribute to the leg incident.

When Tina and I got in, we hustled to the side of the runway.

Right on the barricade by the runway for @foofighters at @citifield ! With @tinanders and @jessital7 #concert #citifield #foofighters #frontrow

I wasn’t sure if it was better to be on the runway or at the front of the stage, but, since then, I’ve been to two (seated, not general admission) concerts featuring a runway-style stage — Taylor Swift and Madonna — and I’ve determined the runway is the place to be. I felt bad for the people right at the front of the stage at both those shows, who no doubt had assumed they had the best possible spots, but who ended up having to turn around to see all the action going on behind them on the runway.

When the duo Royal Blood opened for the Foos, I realized we might have picked a really good viewing location.

I was right! Look at this close-up I took of Dave when his throne rolled down the runway.

Here is Dave’s throne from the side. You can see his broken leg is propped up. 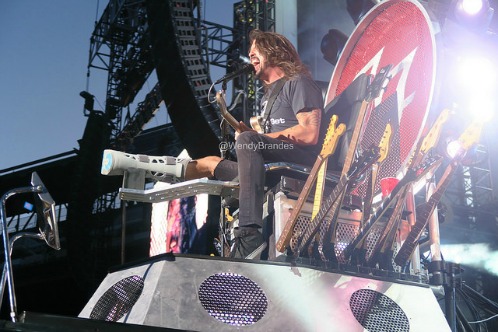 And here is another angle. I really love the bristling guitar necks. 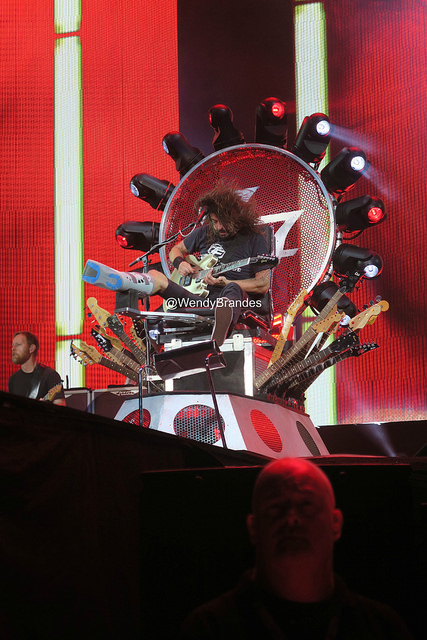 Tina and I liked the way guitarist Pat Smear (formerly of the Germs, a 1970s punk band) smiled to himself throughout the show. Maybe it had something to do with the bottle of bubbly that you can see near him. Or he’s just a happy dude! 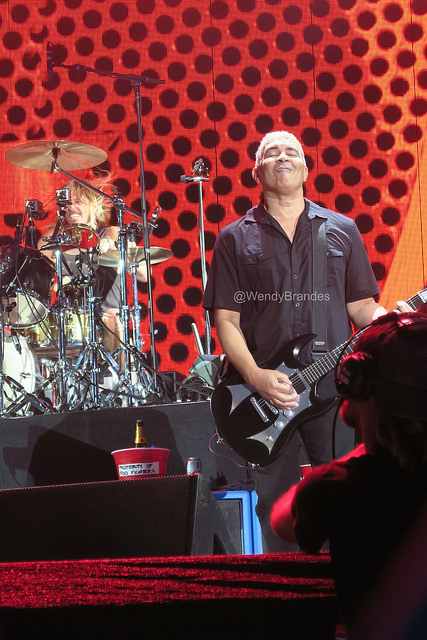 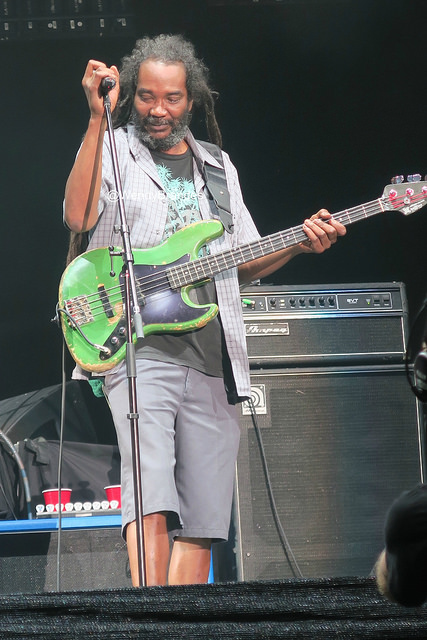 Dave did get up a couple of times and make his way down the runway with the help of crutches. 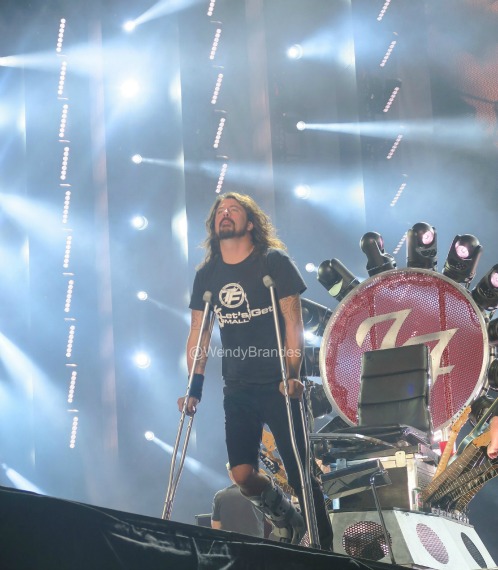 Dave is one of those performers who knows how to make all the front row people feel really loved by looking at them very intently. Not every musician manages, or even attempts, that. (The rapper Rittz is one who does.) Everyone around me was convinced that Dave looked deeply into his or her eyes … and no one else’s. I mean, I totally thought that for a hot second! But I was glad I didn’t brag about it when all the folks in my vicinity started saying, “Dave locked eyes with me!!!” Sorry, y’all, but the reality is Dave is a promiscuous eye locker.

I was surprised by this New York Times review that said that the concert lacked “tension.” I thought it was a very exciting concert … but maybe that’s just because Dave looked into my very soul when he rolled by in his throne.